They say you can judge a man by his friends. If that's right, I must be just awesome. JB is one of my mates recently met through wargaming and, in all sincerity, you really couldn't meet a nicer guy. He's been exceptionally helpful in the tesing of G&G (as he was with SSD and IW2) and never shies away from making constructive suggestions. He also happens to be pretty skilled with green stuff and plasticard.

The playtesting of Galleys & Galleons for Ganesha Games continues apace. Scenarios and a campaign system are now written and being steadily put through their paces. This week we have been trying out galleys again (my circle haven't used galleys since the earliest days of testing) and have found that several rules need to be revised for their proper use.

Our first game was a simple pursuit, with a fleet of Barbary galleys hunting a Dutch merchant convoy. Without going into too many details (I failed to take any photos), it all went fairly badly for the galleys. They managed t capture the Dutch East Indiaman (the biggest ship on the board) but them lost all of their own ships... and the Indiaman. The second game was the new Treasure Islands scenario which saw the Barbary corsairs racing a fleet of pirates to get to possible treasure. While the corsairs not only found the treasure, but managed to keep hold of it, the pirates found a rum stash (which rather messed up their plans) and struggled with difficult wind conditions throughout.
Read more »
No comments:

Fightin' Fungi is Ganesha Games' first entry into producing a line of unique, high quality, metal miniatures for use with the Song of Blades and Heroes fantasy skirmish game. These miniatures will also appeal to miniature collectors, and definitely be of use in RPGs and other tabletop wargames.

Get your VOC on! Some background info while you paint wee ships for Galleys & Galleons

I am attempting to mock up a xebec - a two or three masted, lateen rigger vessel with low, overhanging bow and stern favoured by Barbary corsairs and other Mediterranean navies. I'm hoping to use it as some sailing support for a small fleet of galleys - probably Barbary corsairs but not fully decided yet. 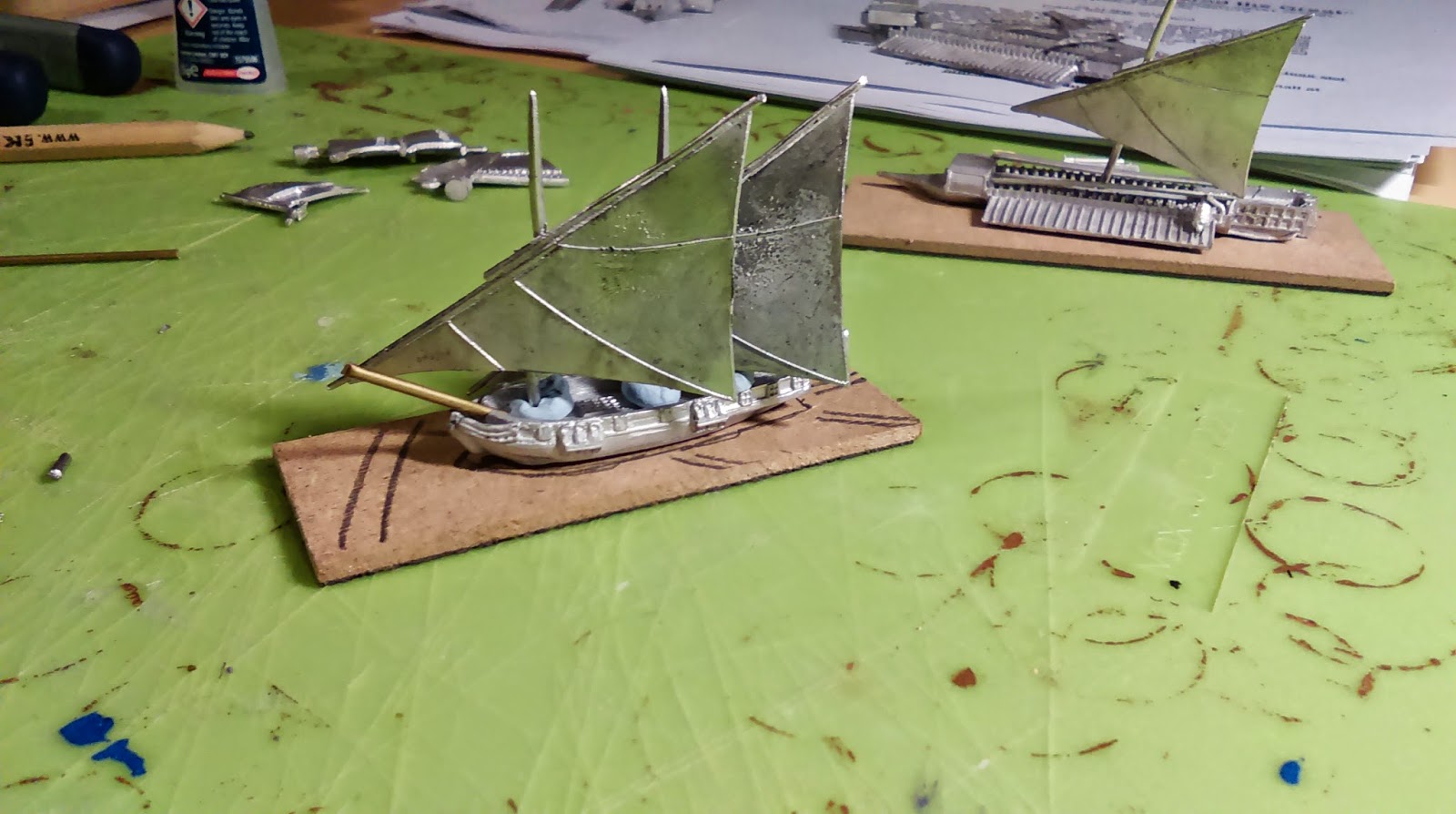 Michiel de Ruyter - due out at the end of the month at a (Dutch) cinema near you!