After ramping up the number of SAM games recently, I thought I might start to think about building a fifth - Saxon - 600 point warband. Not sure what the theme will be as yet although I don't want it to be too similar to any of the others. Maybe some berserkers or Úlfhéðnar will be in order, and perhaps a hulking champion.

Working with figures that I had lying idle, I decided to convert myself a Saxon warlord or cyning (king). He started out as the Pendraken chap here on the left: 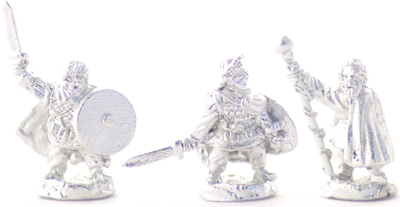 I already have one painted up leading my Angles so I knew I needed to do something to make him quite distinct. Luckily, Pendraken's Late Roman cavalry range have a guy wearing a Roman parade helmet ala the Sutton Hoo burial (I use him as my Arthur). 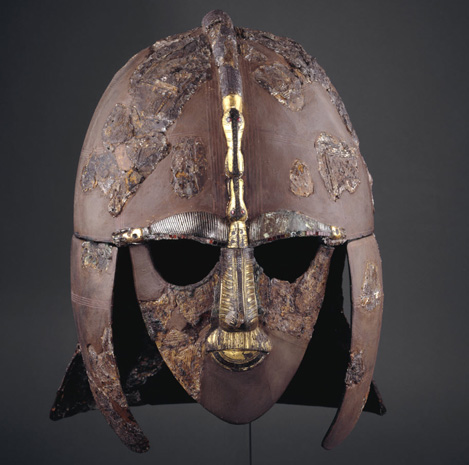 One thing led to another... I turned the helmet a little to make him look as if he's waving forward his doughty men. The sword hand was replaced by a Roman militia hand and spear. I'm quite looking forward to painting this chap actually... Not a difficult conversion, but I think he looks the business. 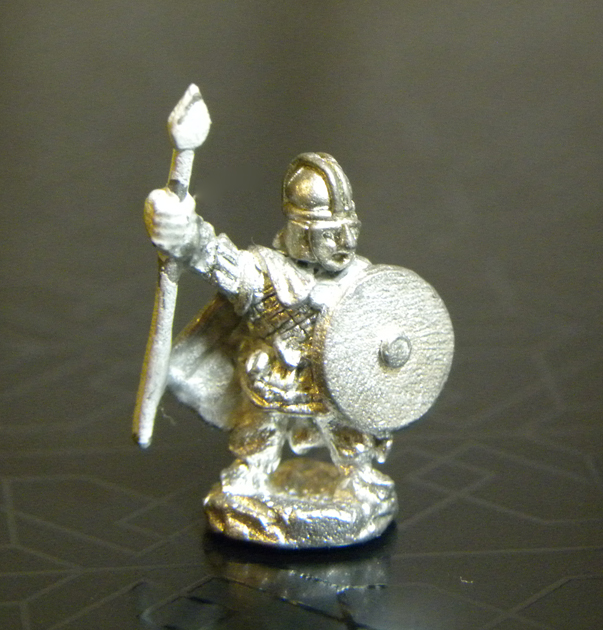