The Annals of the Relic of Saint Pius AAR (Chapter 1)

This is the first 'after action report' of the Relic of Saint Pius campaign, the full details of which can be found here. 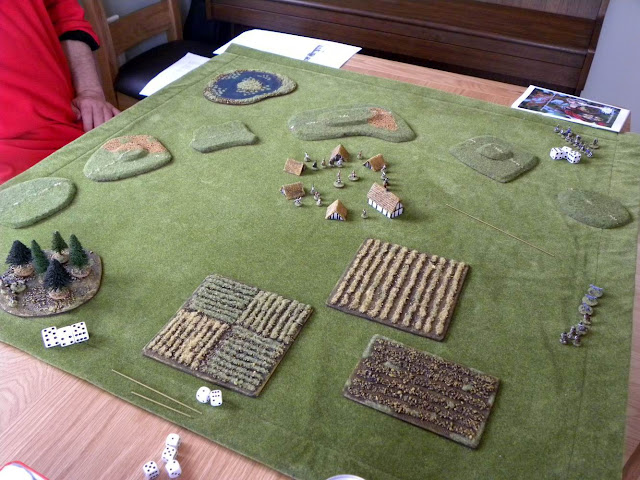 The warband of Flavius Constans ready themselves in a small village built within the decaying defences of  Sorviodunum. Aethelwulf's Angles advance from outside the eroded bank while the Irish approach the village from two different locations within the defences. 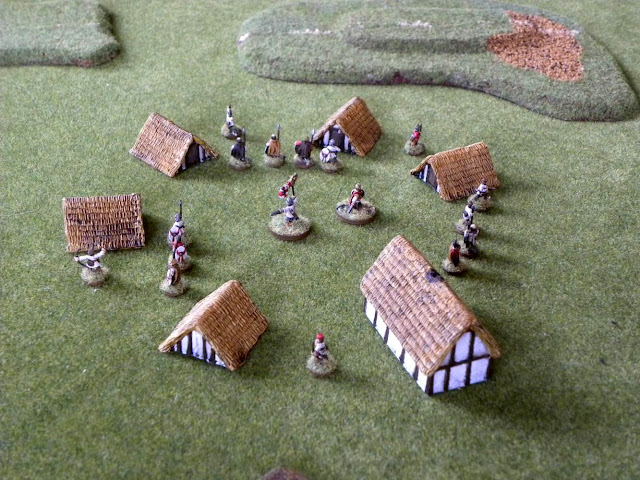 The Romano-British prepare for the coming onslaught. 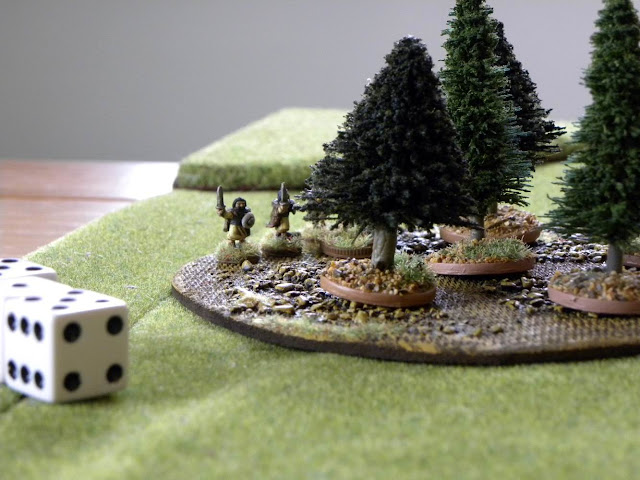 Iseult the Raven leads her men through  the small wood ready for the approach. 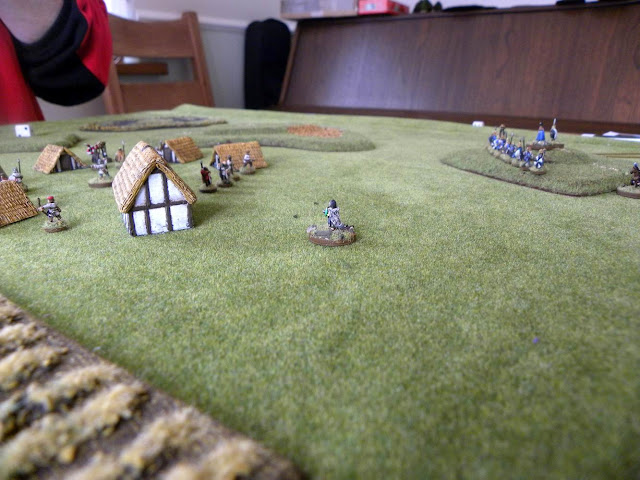 The Anglo-Irish gain the initiative and move first. While the Angles crest the bank in good order, Dubh Fiach dashes forward only to find himself alone. 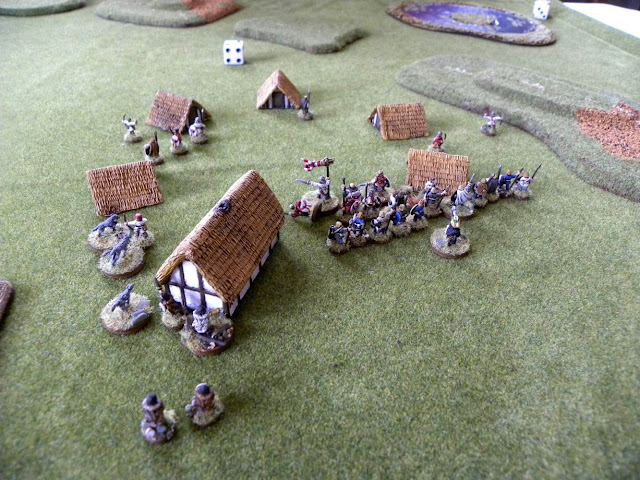 While Constans rallies his men to face the attack, Aethelwulf's warband charges forward releasing a hail of (ineffective) throwing spears and Fankish style axes. The raiders following Fiach dart forward into the cover of the great hall. Two of the wolfhounds bowl into a British archer but do not have the actions to make good their slobbering attack. 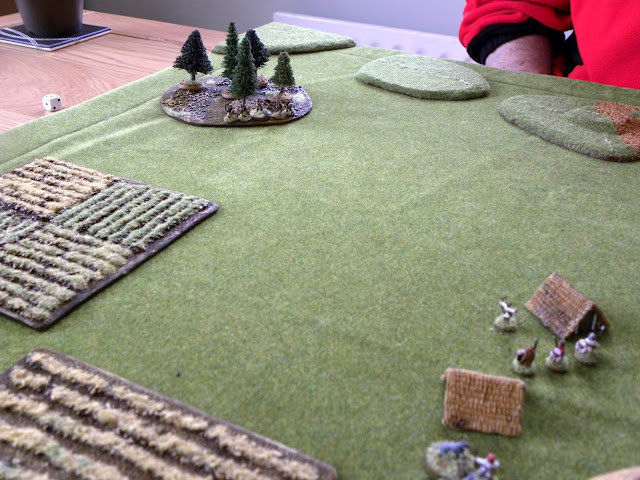 Iseult and her lads creep to the edge of the woods and wait for the right moment to strike across the open field. The open ground could become a nasty killing zone for British archers and the long awaited mounted British reinforcements. 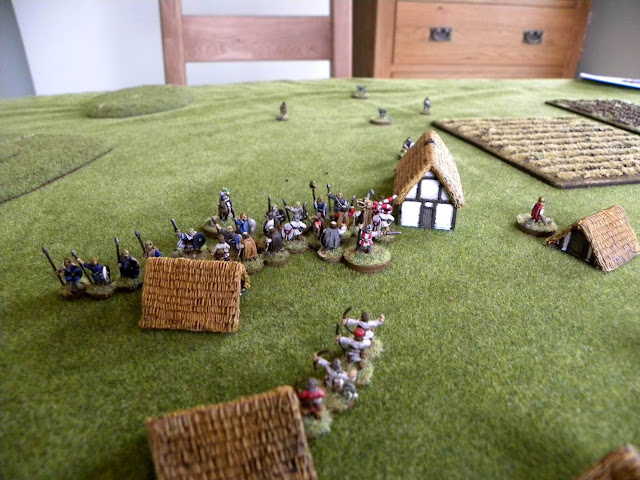 The melee gets underway on the edge of the village. Flavius Constans makes a furious dash to save his archer, smiting one Irish beast and scattering the others with the morale effects of the brutal kill. 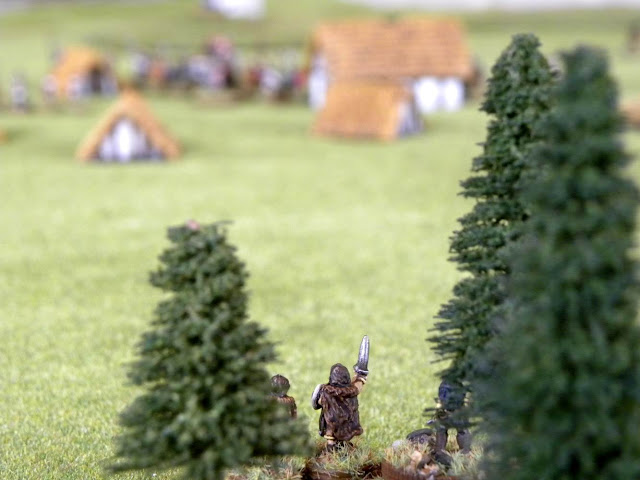 From the trees, the remaining Irish look on ... 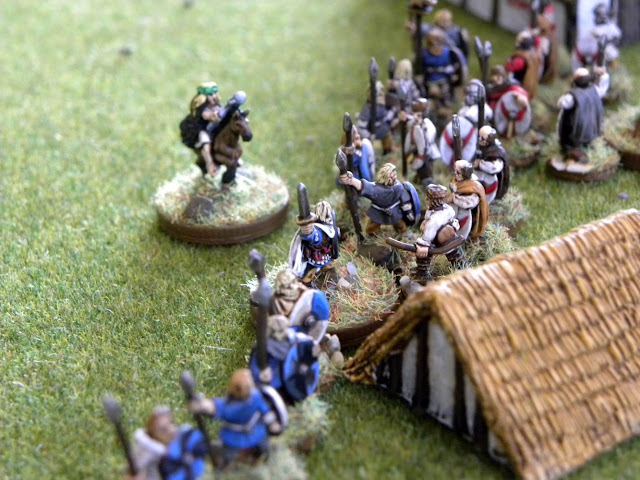 ... while Aetherwulf's warband bears the brunt of the fighting ... 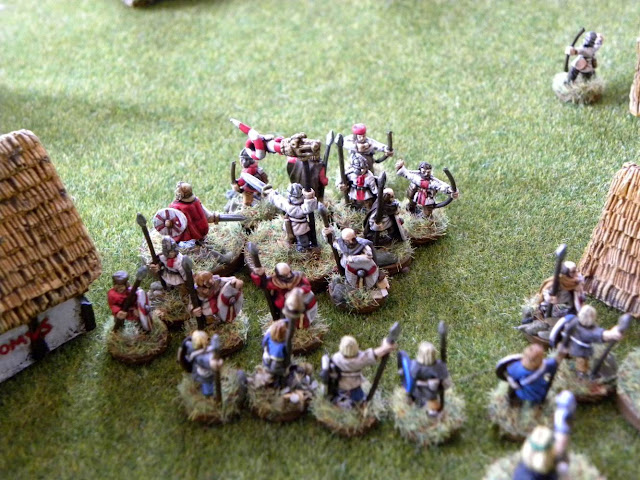 ... until a well placed sword blow removed the head of a British spearman, greatly disturbing the defenders and forcing them to pull back around Calpurnius Draco and his dragon banner. 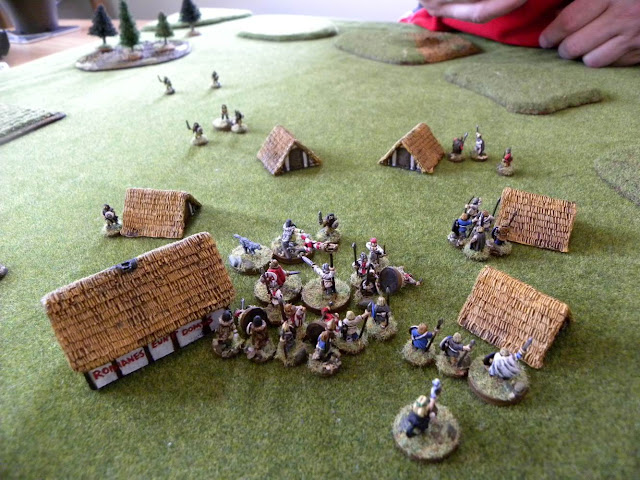 With the defenders' resolve crumbling, the Irish whoop in through the gaps between the houses and across the field from the trees. 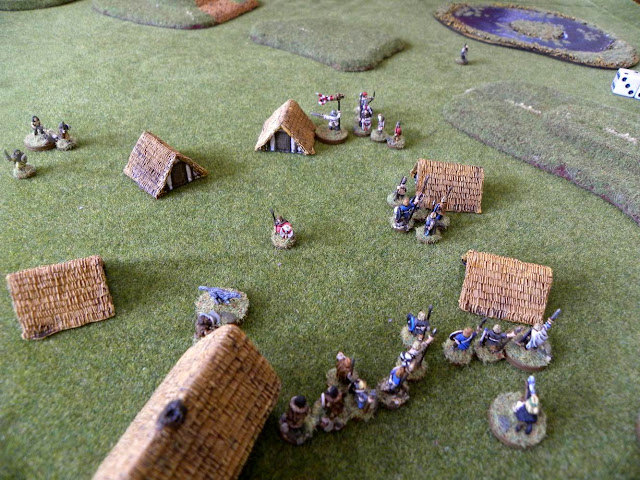 The combined assault drives the Romano-British out of the village centre ... 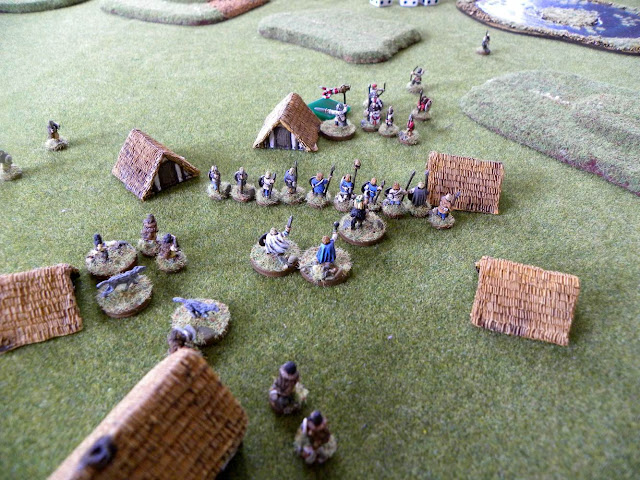 ... where they are quickly replaced by the Angles and Irish. 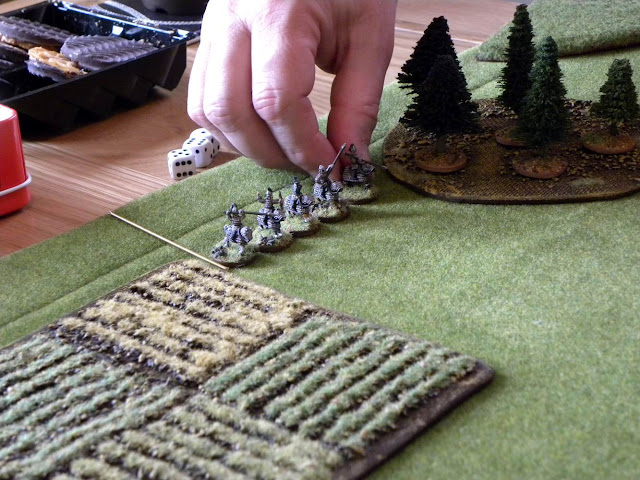 Only now, when the critical turning point in the battle has passed, did Artorius and his British knights arrive on the field. They approached from behind the woods, only a turn too late to catch Iseult in the open. 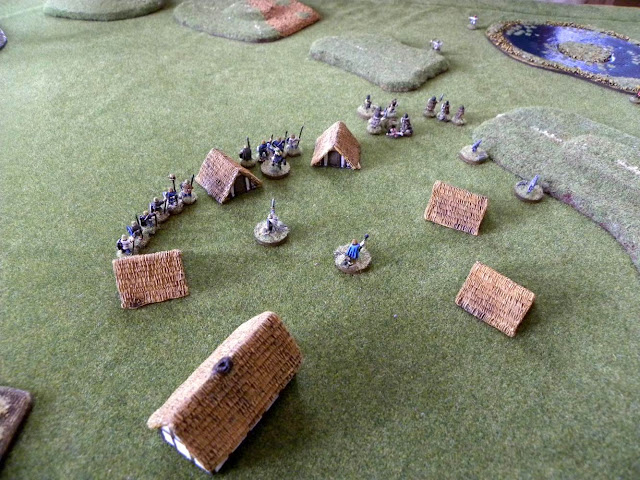 Aethelwulf organises his own defece of the village whild Dubh Fiach and Iseult's combined Irish warband sweeps away the leadership of the British foot. Artorius leads his knights forward in a glorious last ditch charge to drive off the invaders ... 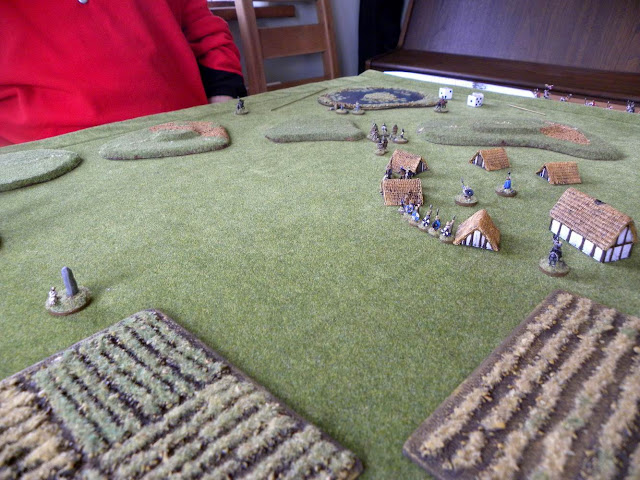 ... but in the end it proves futile. By the time the knight's arrived, Aethelwulf was already too well entrenched between the huts. Unable to press their charge, the knights in turn were overwhelmed by a swarm of Irish raiders and ceased to be a viable warband.