The resolute little chaps from the Grand Duchy of Cheddar had their first tabletop outing in HotT form on Friday night. Led by Tamasin, the current Duchess of Cheddar, they faced off against an evil necromancer and his undead hordes... litterally. My opponent used 12 elements of horde along with some vulture flyers, a couple of riders and a magician general. I was being quite cautious - not really knowing how my rats would fare, and as a result he kept bringing back his hordes as they were mowed down by Bodmin's artillery and the shot sleeves of the two regiments of foote. In the end, we stopped keeping a tally after the 17th element of hoard had been destroyed - I think the total was around 26. I got the point eventually and went in for the kill. Both the derigible squadron and Sedgemoor's Mechanised Cuirassiers were lost, but van Squeek's lads were able to close on the necromancer and take him down. No historians were present on the field to take an official record, but here is one artists impression of the course of the events: 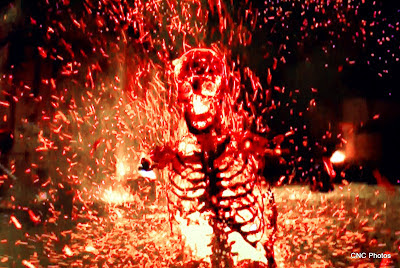 After the good start to their war record, and a little encouragement from Leon and the guys over on the Pendraken forum, I've also decided to enter them in the Pendraken painting competition (over HERE). Below are the official entry images. 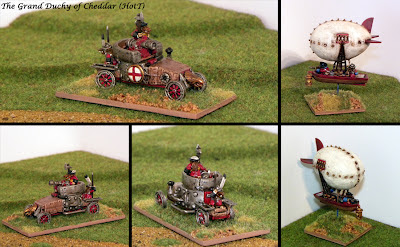