The return of Grand Duchy of Cheddar! 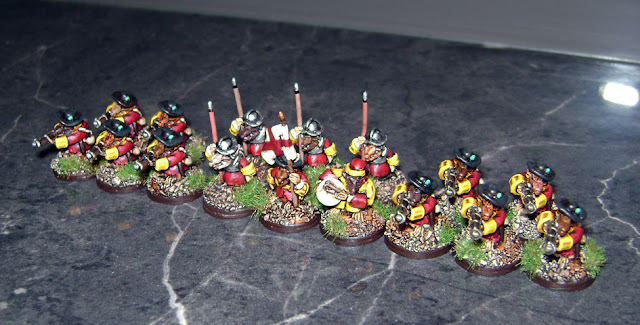 After numerous and continuous defeats, the Duchess of Cheddar's Own Regiment of Foote (a warband for Ganesha Games' Song of Blades and Heroes rules system) was disbanded a few months ago. I couldn't quite decide what to do with my painted raties but have now settled down to rebase them for WRG's Hordes of the Things, a DBA derived fantasy game. Version 2.0 of the rules have been long out of print and may be downloaded free from the WRG website SEE HERE.
I have put painted up a few more rats to put two full regiments of foote (1x spear, 2x shooter) in the field and put in an order at Pendraken for some League of Ratsburg dragoons (1x riders),  artillery (1x artillery) and a Dwarven steam-powered armoured car which I will convert into the Ducal battle wagon (1x behemoth).
The last element that I wanted for my new Grand Duchy of Cheddar HotT army was an airboat. I set about constructing more or less one from scratch as there was nothing which really suited the feel that I wanted from a fantastic 17th century, rat-piloted airship.... The balloon if a foam egg from an arts and craft store. The first one melted when I tried to use superglue to hold in the fins. The boat was a pinnace from an old model ship I had never built - as are the pieces of rigging. the gunner is a Pendraken musketeer, the 'pilot' is a Pendraken pikeman (his pike is actually structurally important for the model!). The fins are cut up counters and the lantern is from a Games Workshop Mordheim kit. The following two pictures are merely work in progress shots. I will post more when its closer to completion/completed.
Enjoy! 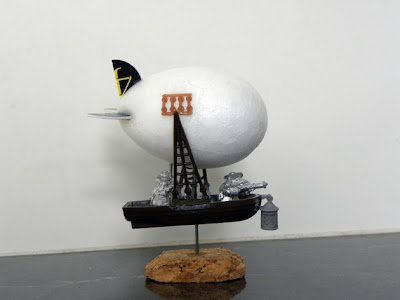 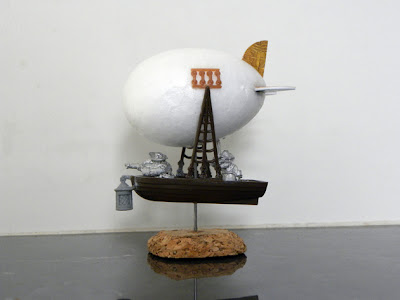