I now have enough companies to field two complete Colonial Spanish battles; I have almost every company type allowed. This rather large selection also morphs into my Royal English battle with the aid of the Hollander halberdiers and the English Adventurer longbowmen. Having two differently armoured 'conquistadors' means that they double as demi-lancers and border horse.

The scale, as always, is 15mm. The infantry are a mix of Essex (the priest, some of the targeteers and the Indian mercenaries), Eureka (the Indian archers), Grumpy (most of the rest). The cavalry are all Essex and the two large mastiffs are from Museum miniatures. 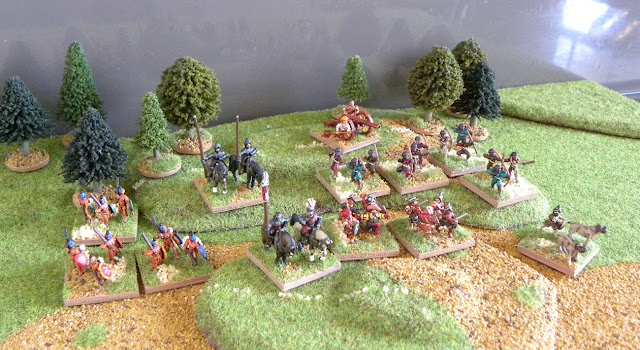 The first battle of Spanish. 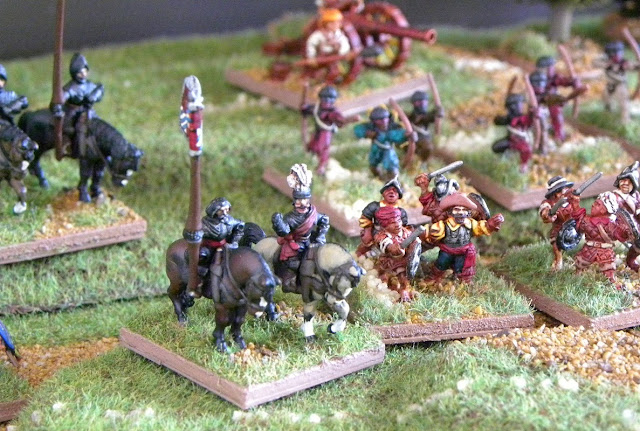 The conquistadors and rondeleros (sword and buckler men). I read a really interesting paper about Negro, Moorish and Mulatto men fighting alongside (in the same companies as) ethnically Spanish soldiers during the conquest of the New World. I liked the concept and Grumpy miniatures make Africans for their Portuguese line so I thought I'd use some. Admittedly my European:non-European ratio is almost certainly way out in those companies but they look nice... 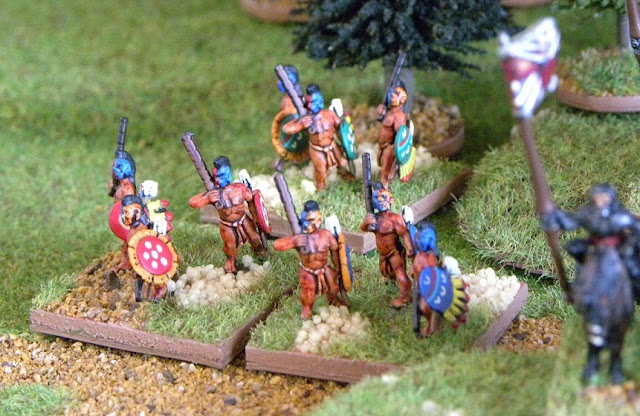 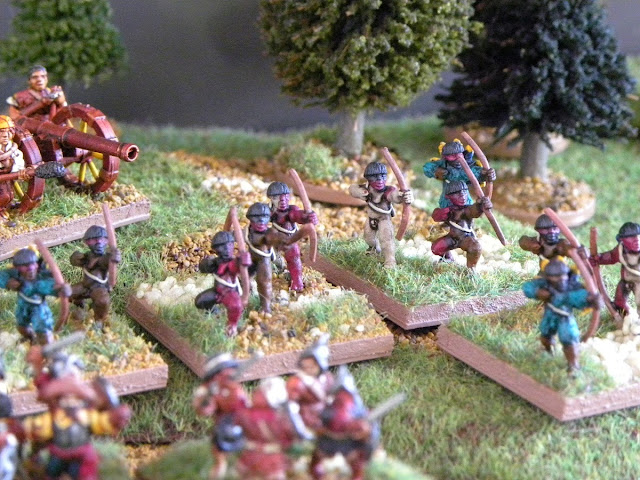 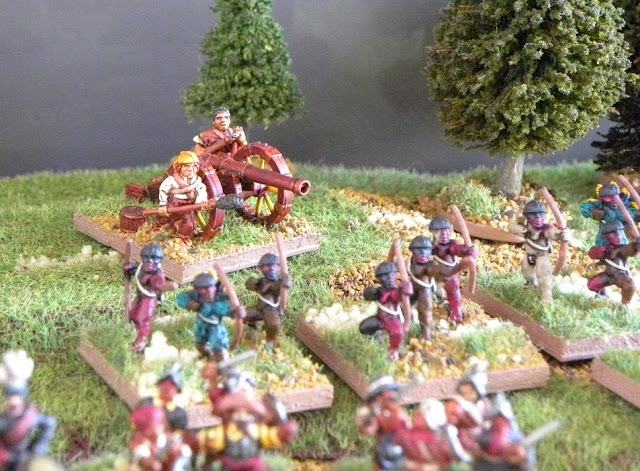 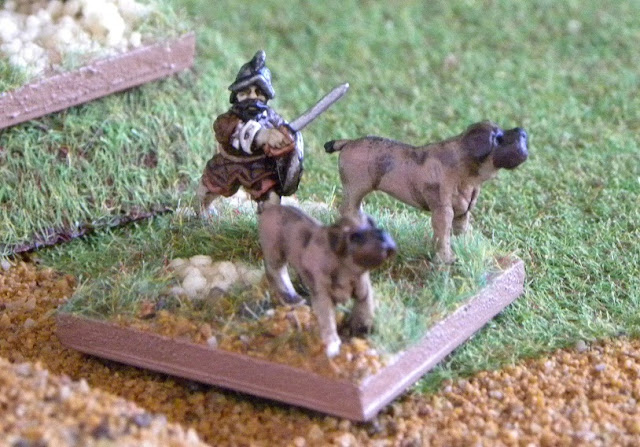 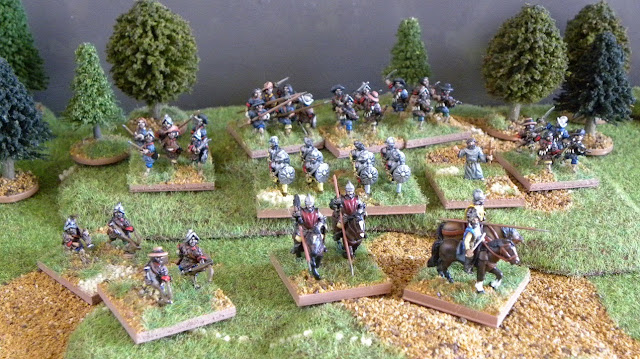 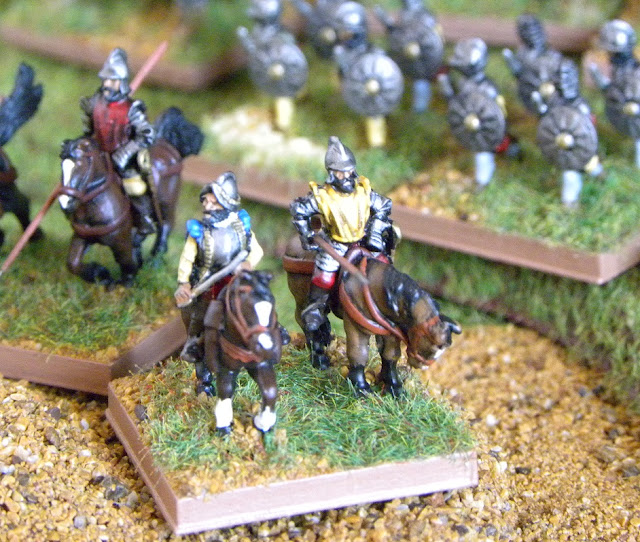 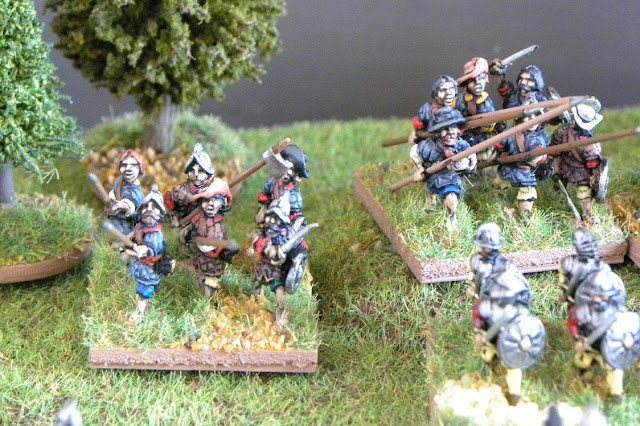 Pike militia from the colonies. 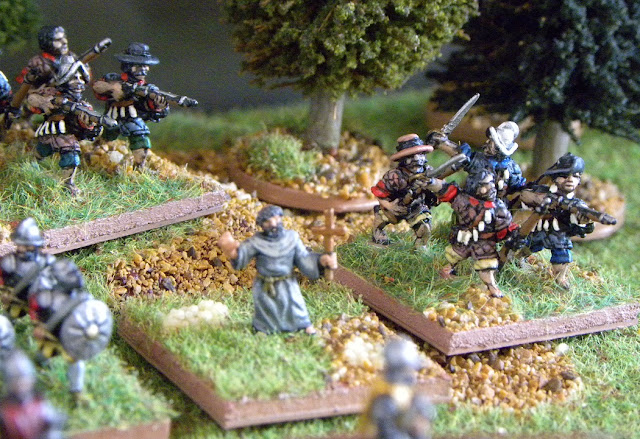 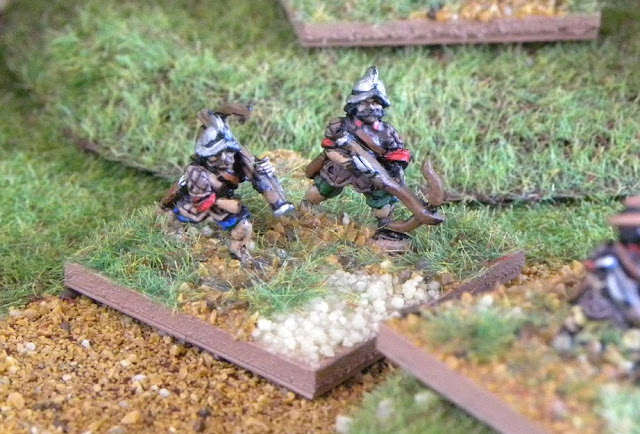