While I have been hard at work preparing tutorials and writing grant applications, other people have been harder at work playtesting the forthcoming second edition of Irregular Wars: Conflict at the World's End.

I'm really pleased so far on the feedback that I have received and the good work that other people have been doing, playing, testing, creating counters and researching new armies. 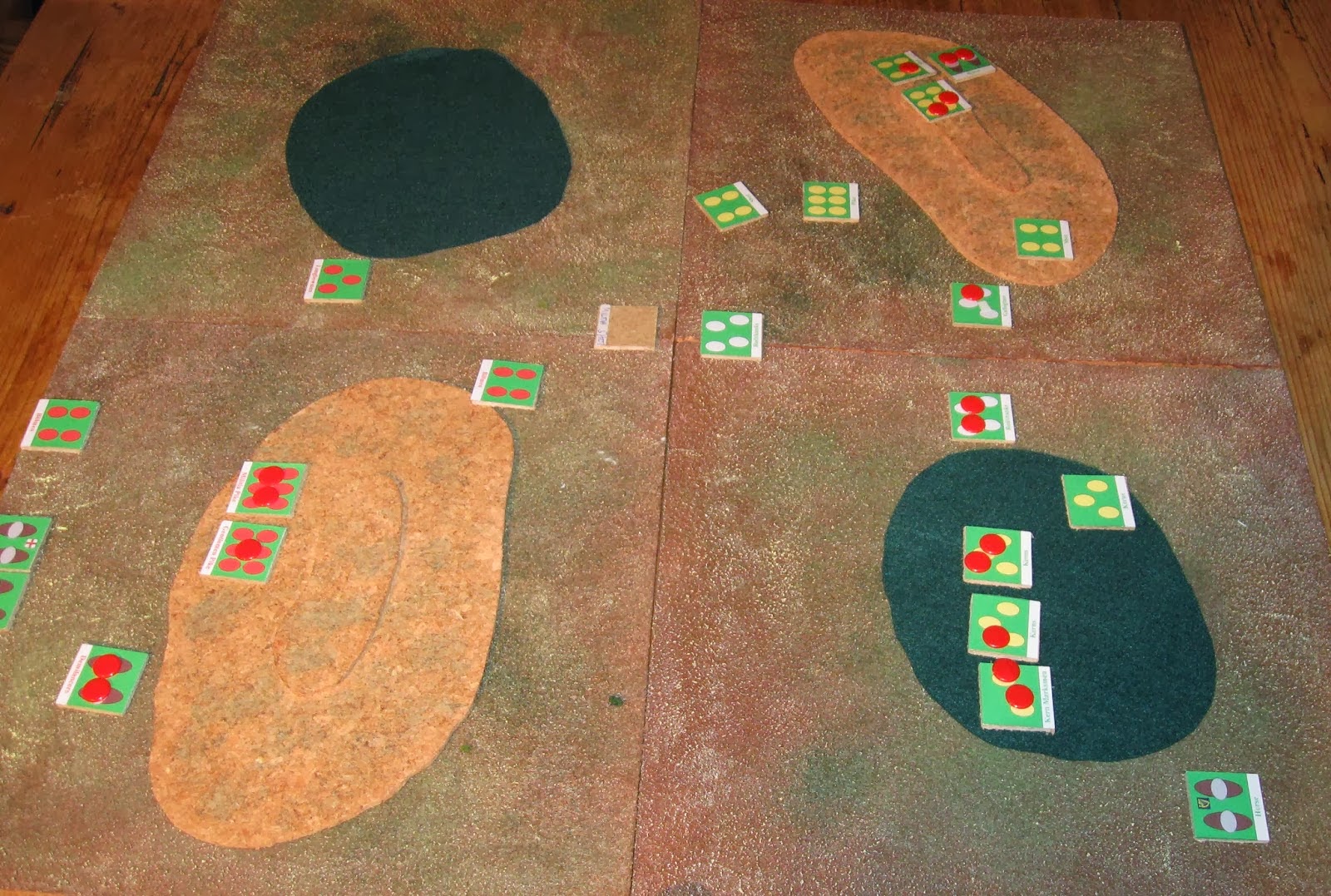 Doctor Phalanx has been a particularly good sort with his feedback and counter making. He has updated the counters since last time I posted and they can be downloaded from his website HERE. 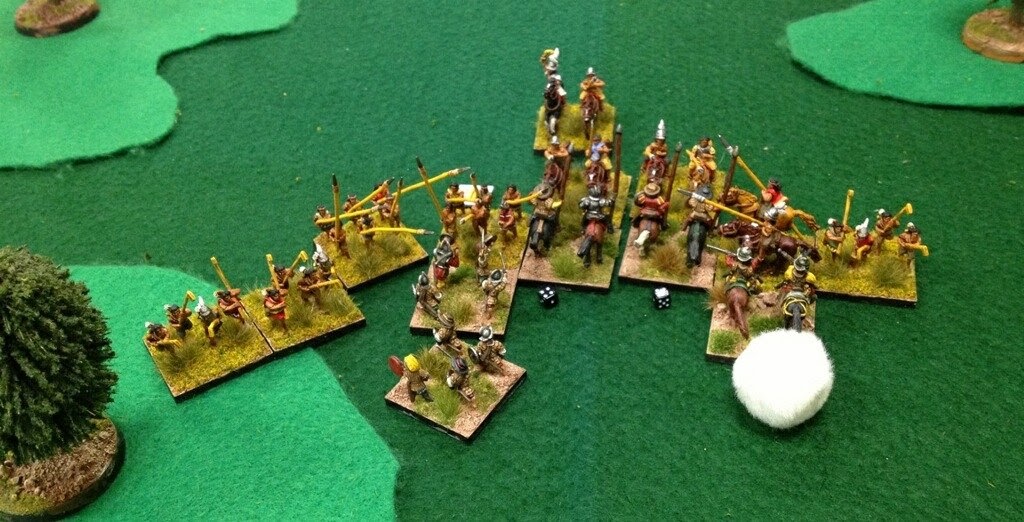 I've also just come across a great little blog called 'The recoiling knight and the surrounded spear'. Franko the blogger has been playing the current version of Irregular Wars and posted a great overview of the game back in August. I'm a bit slow on the old uptake and have only seen this now. I recognise Franko's opponent's army in these shots and know that he has the draft version of the rules, so hopefully we'll see some more posts soon!

Keep up the hard work gents.

I just wanted to share a bit of the good work being done over at the Doctorphalanx blog where enthusiastic Irregular Wars playtester (and dare I say 'convert'...?) has been preparing for his games by producing counters while he waits for his miniature armies to be painted, delivered and sculpted - although probably not in that order.

Check out his blog here - its well worth a look! 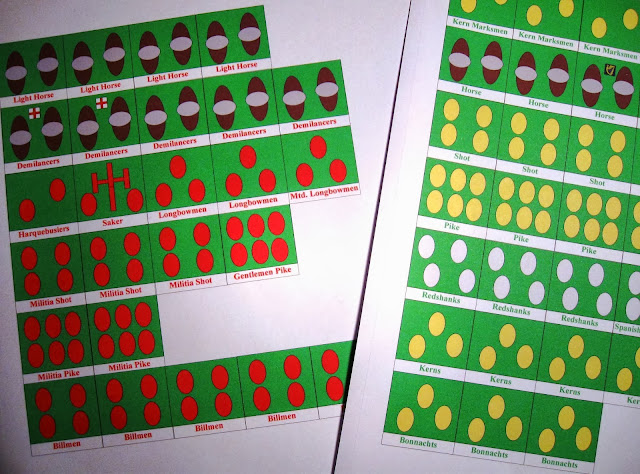 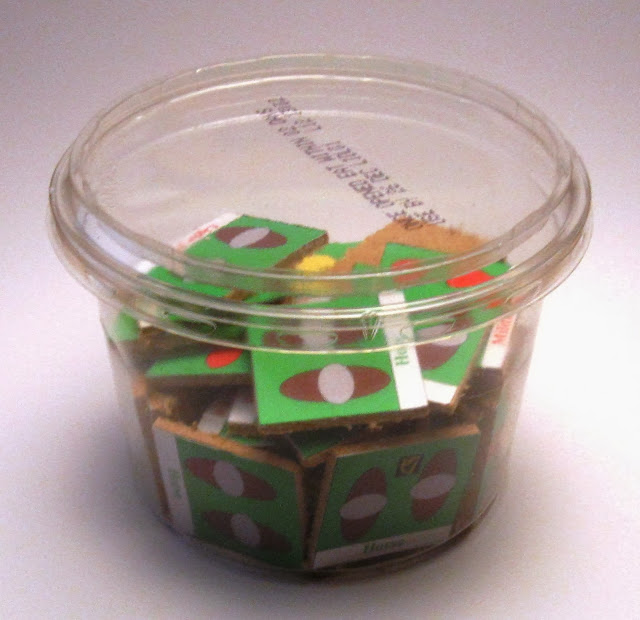 The second battle of Glenavia

I had my first game of the year today - 6mm Hail Caesar. Not enough photos to give a proper run down but it was a great pseudo-historical game set c.220 BC. Eight divisions of Romanites and allies (Brett and Steve) against seven divisions of the Syro-Punic alliance (JB and myself).

Scipio's Roman legions plus their Italian, Gallic and Spanish allies once more proved themselves tough infantry soldiers. The Seleukid and Carthaginian cavalry were by far the boldest - if not the most effective. In the end, a very bloody (almost) draw - advantage, Rome. 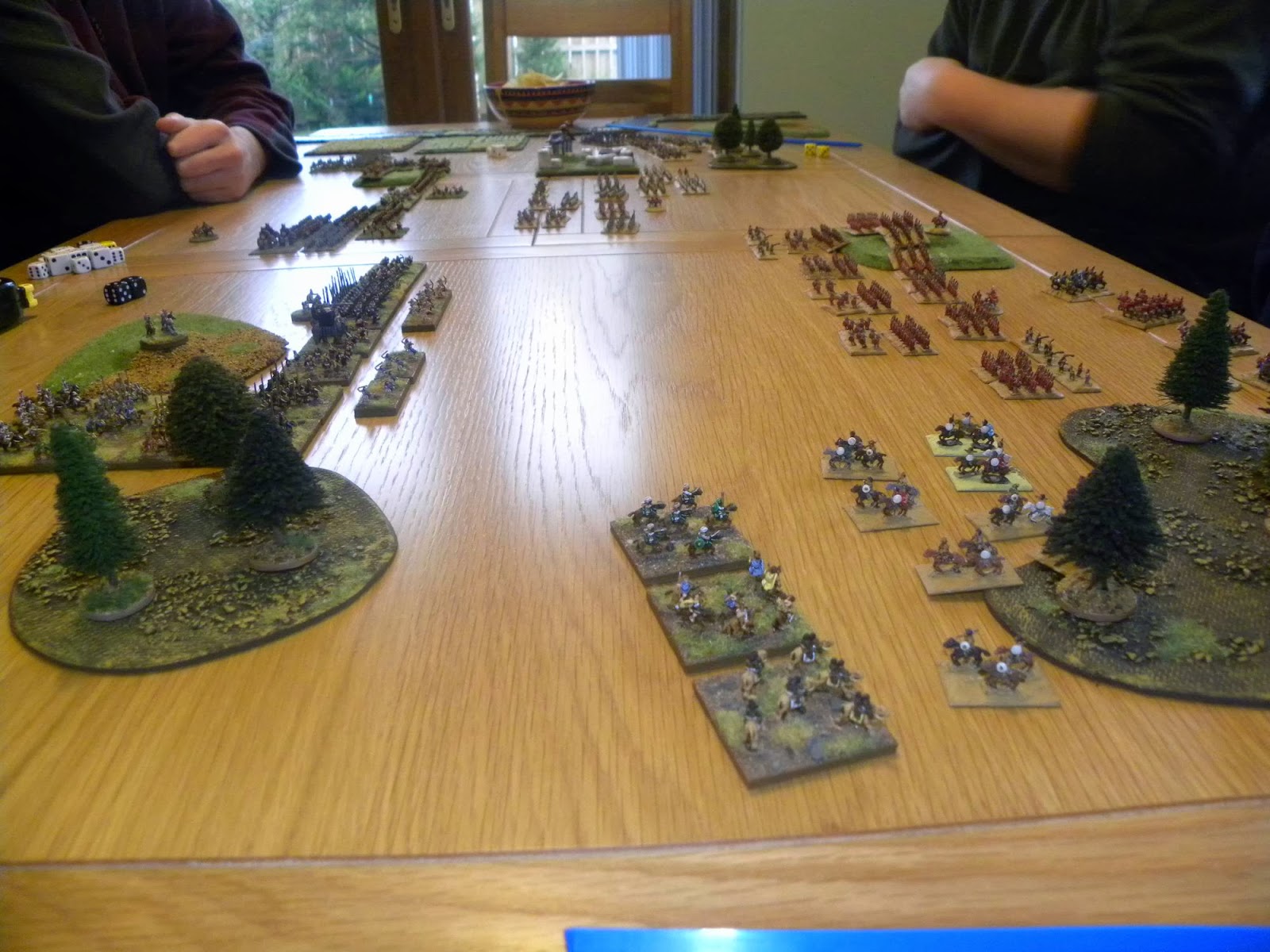 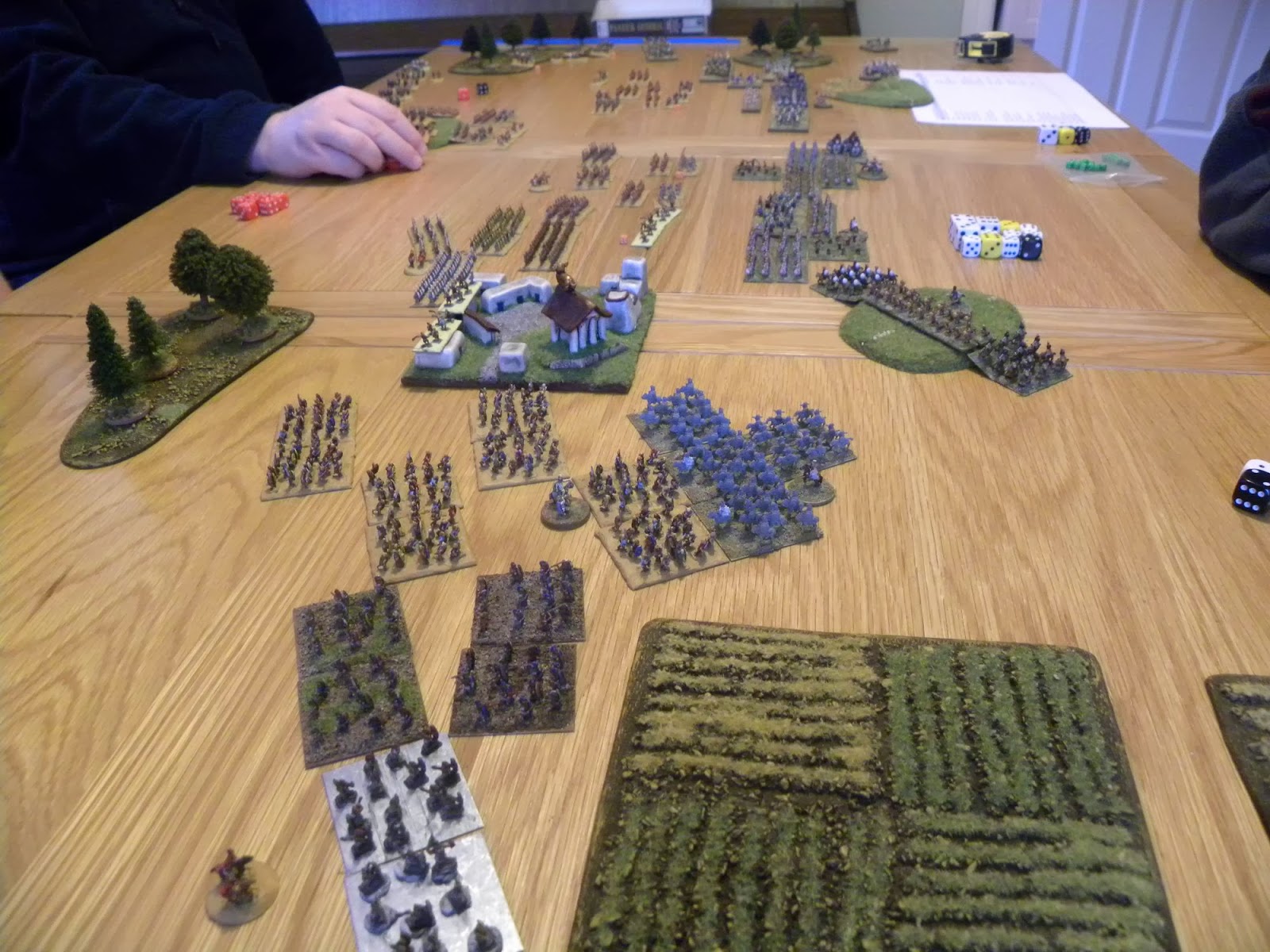 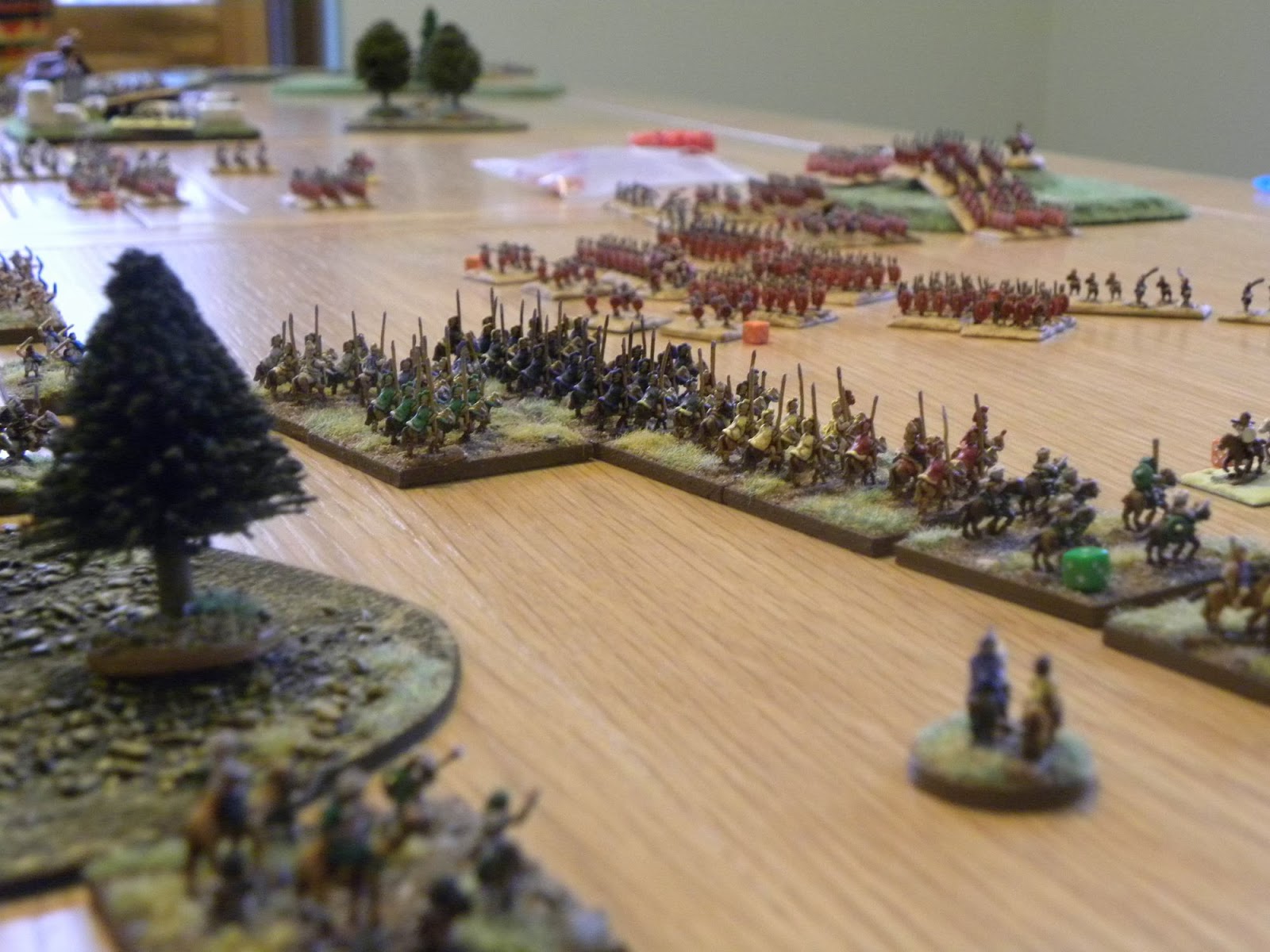 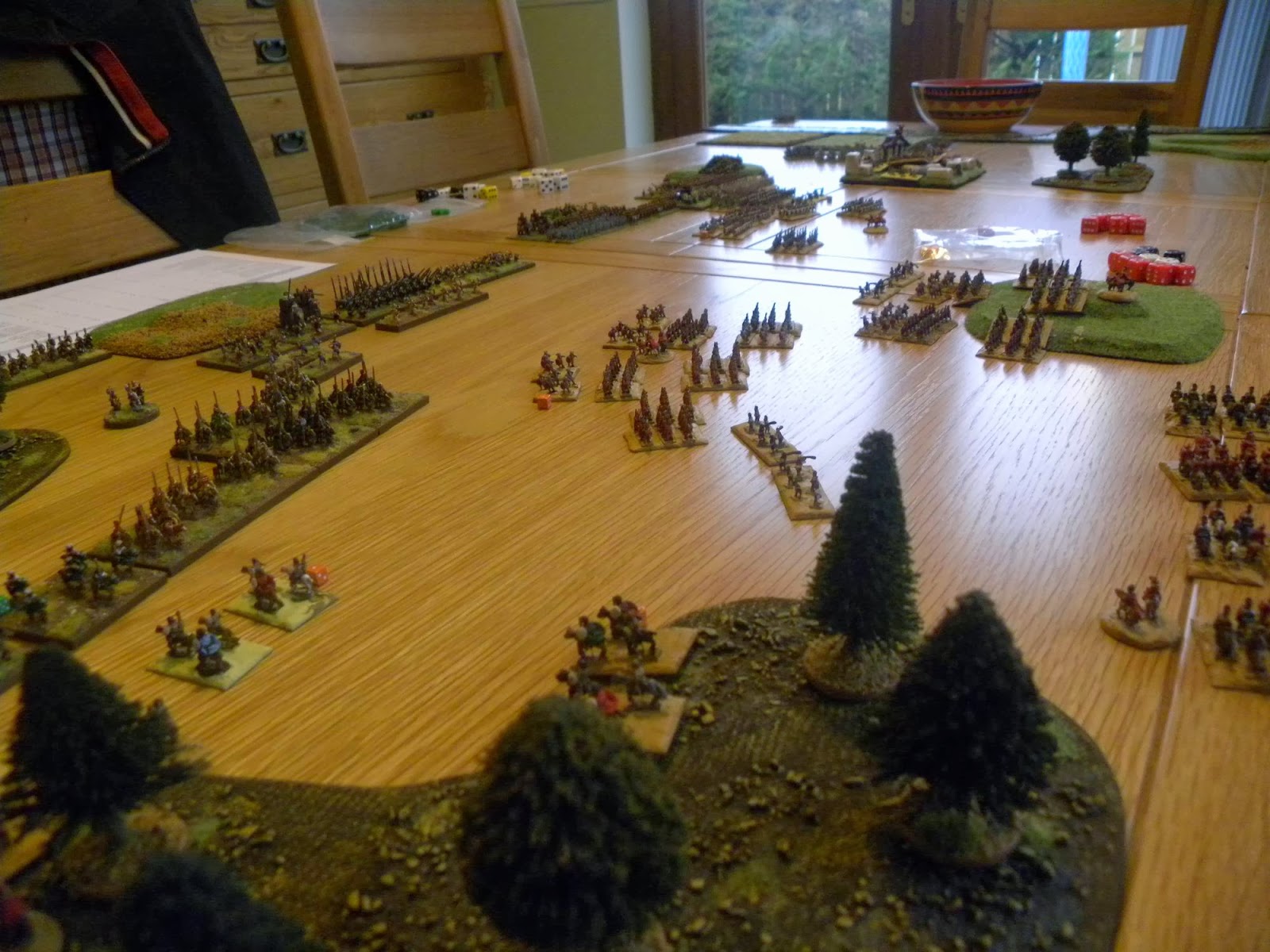 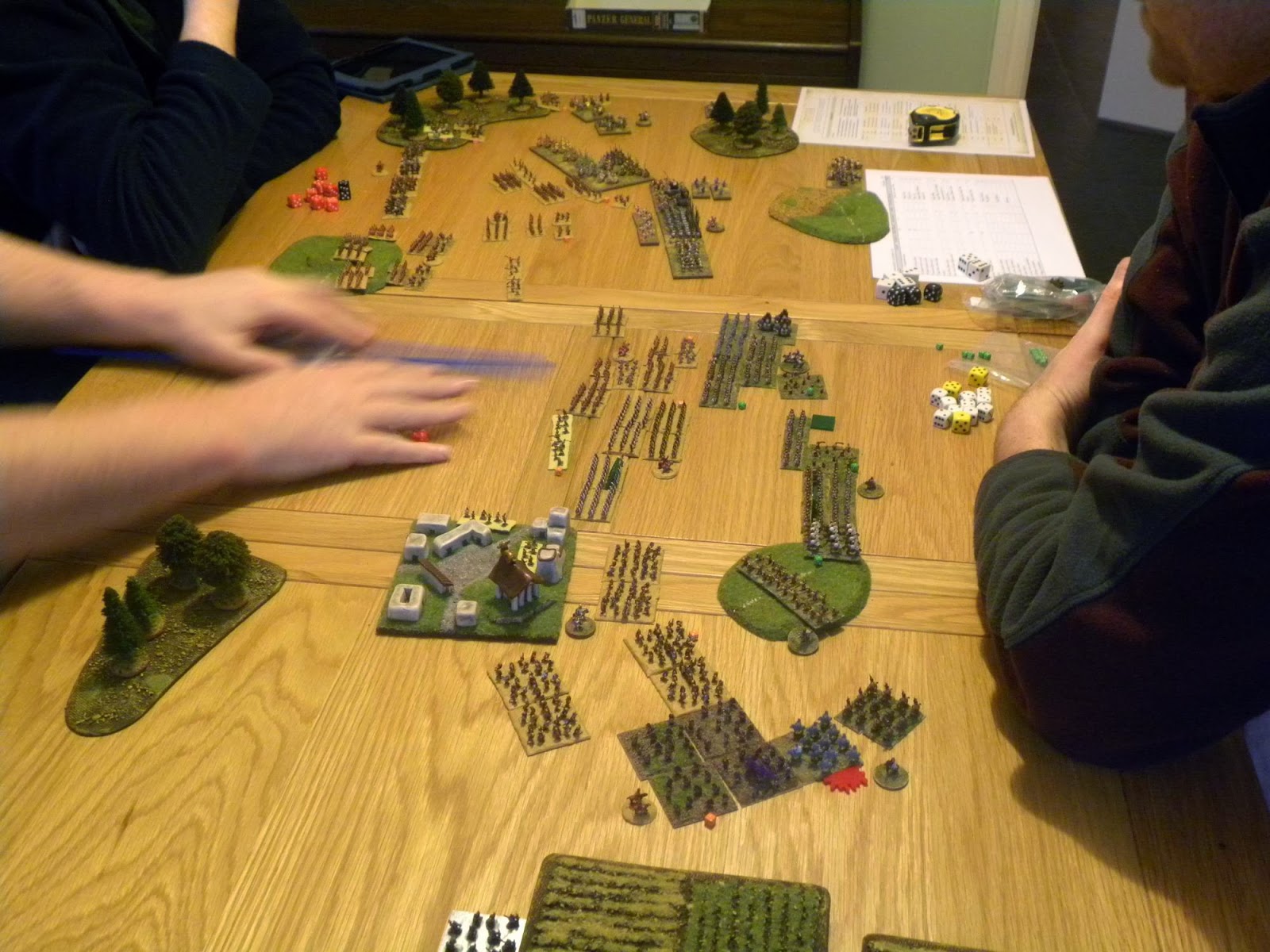 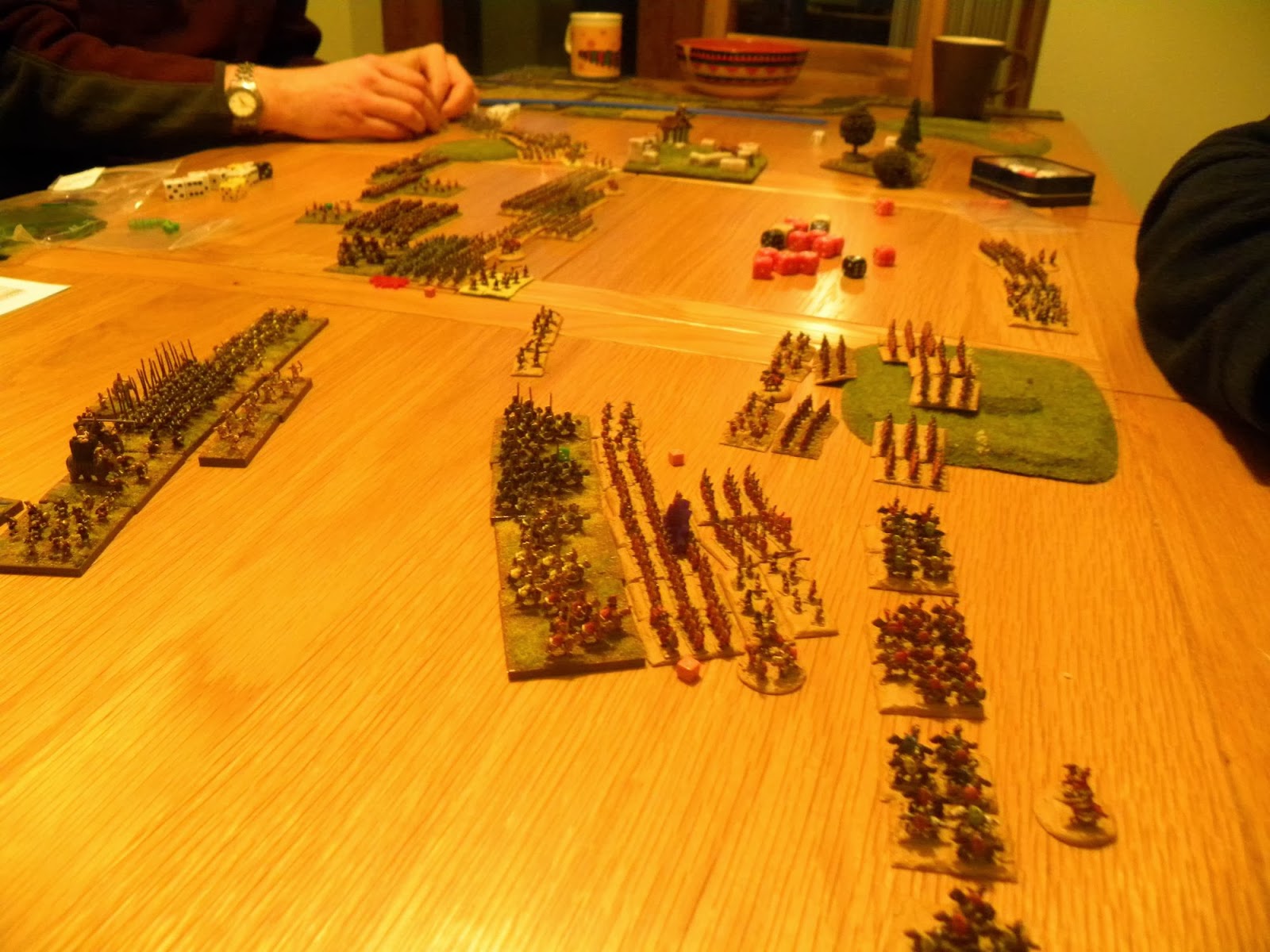 With the new year well underway I thought that it might be time to post something. The problem though, is that there is little physical hobbying that I can show so far. The first game of the year for me will be tomorrow and I have not had a chance to paint anything in a while.

However, I have had a lot of time in the evenings to do some writing and I have already put together a first draft for a second edition of Irregular Wars. There are quite a number of changes and I am rather hopeful that there will be a great deal more clarity in some aspects of the rules. There is still a lot of work to be done, but the rules are in a playable format and I will now be in a position to play test them for a while.

Certainly drop me an email if you are interested in stepping in at this stage of development. I could certainly do with a few more dedicated playtesters. If I have learnt anything about wargaming over the last few years, it is that all players think differently and play differently. Even if I find that the rules are flawless, somebody else may break them in moments!


The new edition will be a single booklet, sold as a digital (pdf) download or as a hardcopy US Letter sized soft cover format through Amazon. For those who aren't familiar with the American page size in question, it is slightly shorter and fatter than it's British and Commonwealth equivalent (A4). As with the last update, I will endeavor to get a low low nominal price set for people wishing to upgrade the pdf from an older to a newer version.

Armies will be roughly the same size and composition as they were in previous versions although some company types will now behave a little differently according to the special rules. The game will still be written with 30x30mm basing in mind (at 15mm scale) but work almost as well with 40x40mm bases.


A sample army list is provided below to show what they will look like. Initial feedback is very positive. I am toying with an abstract points system for players who don't care for the inbuilt but more randomised recruitment system.

ENGLISH ADVENTURERS
Initiative 3; Command 6u
This faction represents those forces of Englishmen recruited to take part in the private ventures which typified Tudor and early Stuart overseas expeditions, whether they be military, piratical or colonial in nature in the New World or East Indies. The list might equally be used for Englishmen such as Thomas Wyatt who raised their standards in rebellion against the state. Gentlemen adventurers tended to be the financial backers of these ventures or their representatives and could be expected to be both well-equipped and valorous. Depending on the chosen background, volunteers might represent ships’ crews or trainbands equipped with a variety of mixed melee and shot weapons; armed mobs represent poorly equipped colonists or rebellious peasantry. Cimaroons served alongside English privateers such as Drake when raiding New Spain; native scouts represent friendly Indians aiding English colonists.
Compulsory companies
Optional companies