I have been working on new a naval set of wargaming rules for Ganesha Games which will see ship-to-ship combat played out on your table top with an average of 1-5 ships per player.
These rules are founded on the sea-borne adventures of the so-called Age of Discovery, the 16th and 17th centuries, when men were men, maps were only half drawn and death by sea monster was a real possibility. Within that theme, the game plays fast, fun and free. It is a naval wargame, but not a simulation.

As you'd expect from a Ganesha game, vessels and fleets are fully customisable, and acts of piracy and war at sea are abstracted in such a way as to leave players with the taste of briny sea in their mouths, but with little risk of actually catching scurvy.

The working title for the rules was All at Sea. They take elements of my old naval game and integrated them with a Ganesha skeleton to create a much better game. However, it was then drawn to my attention that a WWII naval game beat me to the title. Together with my crew of salty sea dogs and a couple of polls (on TMP and Friendface) I decided to go with Galleys & Galleons.

We started playtesting the game using fleets of 1/2400 scale galleons, but I have always  had my eye on the 1/450 scale vessels produced by Peter Pig. This game was the the perfect opportunity to pick a few up. 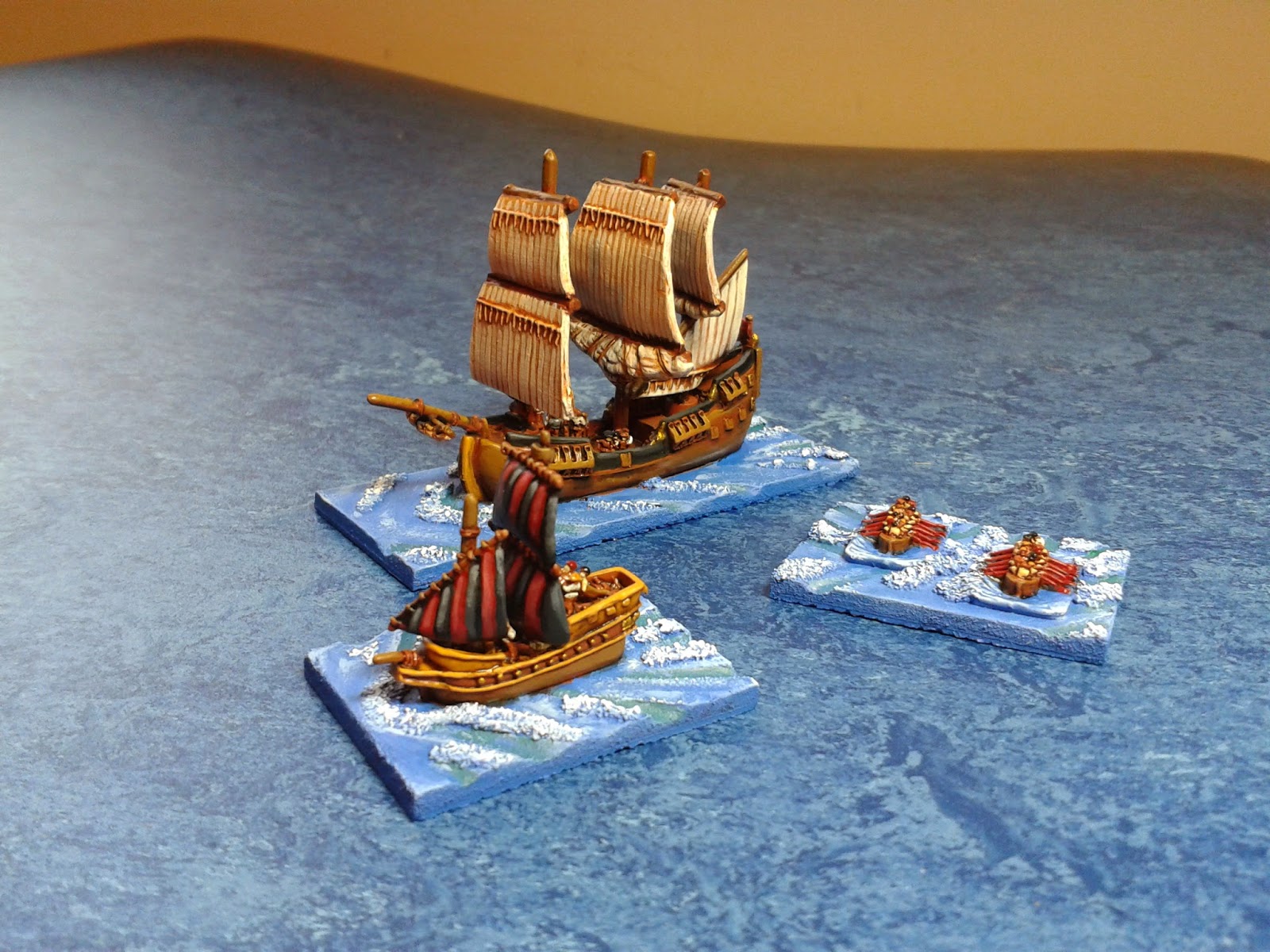 In these shots you can see the small pirate fleet that I have recently painted. The larger vessel and the rowing boats are from Peter Pig, the smaller vessel is from Ral Partha Europe (with Peter Pig crew). I previously did a size comparison post with these which can be found HERE. 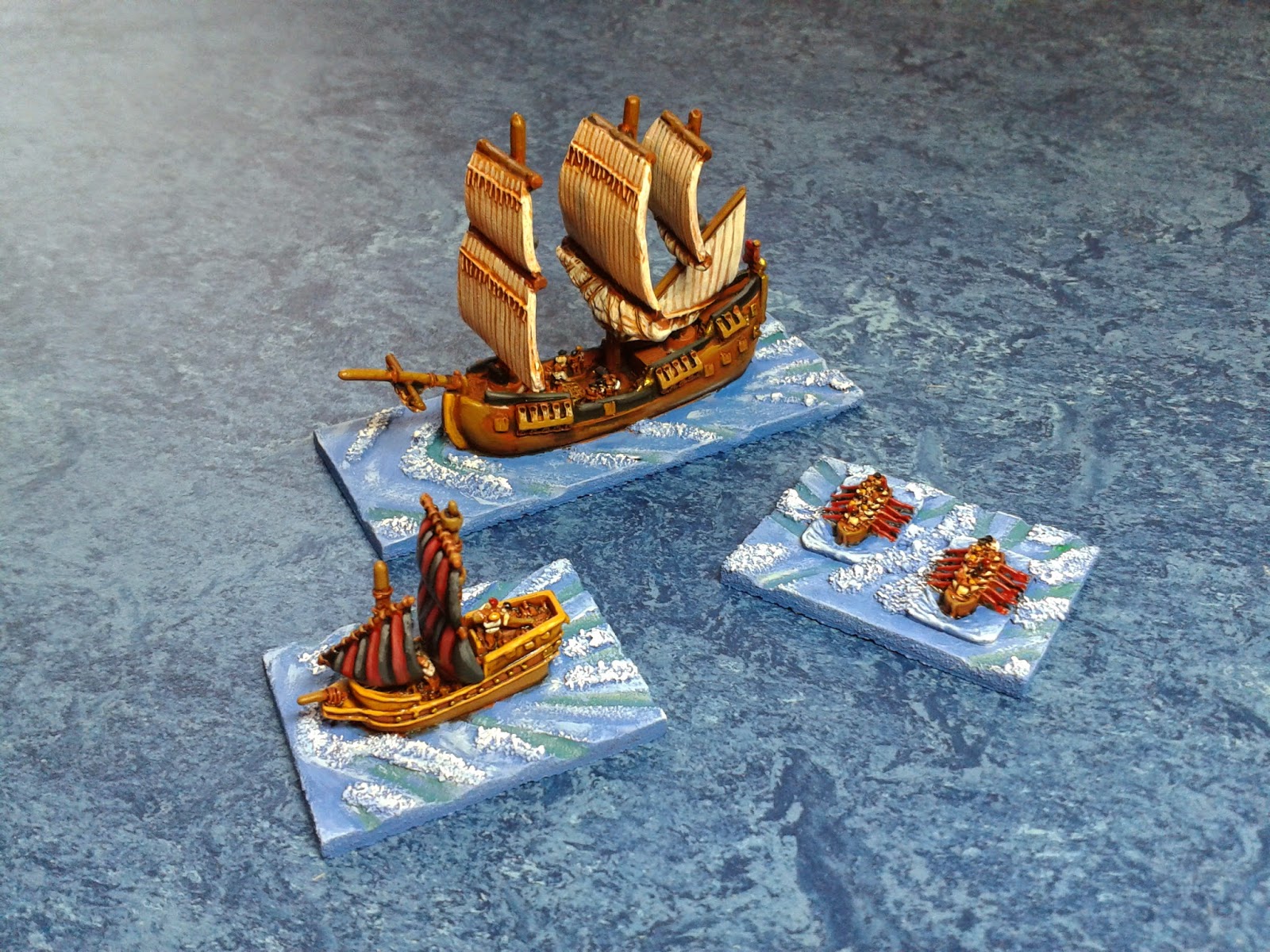 For non-campaign games of Galleys & Galleons, we recommend having between 50 and 200 points per player - we have been playing games with 2-4 players. Of the 30-odd historic ship profiles which will be included in the rule book, the cheapest, a shallop, will cost you 5 points, while a war galleon will set you back 76 points. The little fleet above costs 100 points and consists of the Brig Oberon, the Pinnace Jezabel, and a couple of cutters.
3 comments: