All at Sea play testing (or a big battle of little boats...)

Work has been a bit hectic so I'm only just getting around to uploading some photos from a big game of Irregular Wars: All at Sea that we played up at my local club (Southern Battle Gamers, Sydney) a few weeks back. This was the first playtest we have had involving more than two players (we had 7!). It was also the largest fleet action yet with 13 ships involved.

The vague scenario:
With the assassination of William the Silent, Stadtholder of the United Provinces of the Netherlands in July 1584, the Spanish are seeking to exploit any Dutch weaknesses. A Spanish-Portuguese convoy is dispatched from Lisbon with enough gold to pay the mutinous Spanish forces in the Low Country and bribe key fortresses along the Dutch border. If the notorious Dutch Sea Beggars can seize the treasure ship it could be the turning point in the war of independence. However, a small fleet of English privateers is shadowing the Spanish, waiting to make their move...

We had to make a couple of tweaks to the initiative and movement system, but in the end I think that the rules system as a whole worked well and everyone enjoyed themselves at least a little... even if their vessel was captured in the opening rounds leaving them feeling a little underwelmed with their crew's fighting spirit. The Dutch and the Iberians wore each other down leaving the piratical English scum in a position to steal the loot. That treasure should have been mine! The basic rules system we used follow a few pictures of the night. 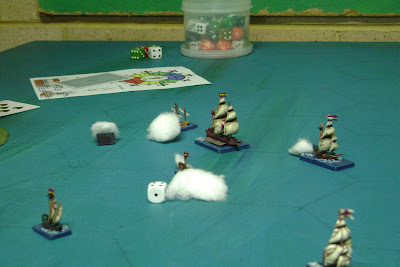 The sinking of the Swiftsure 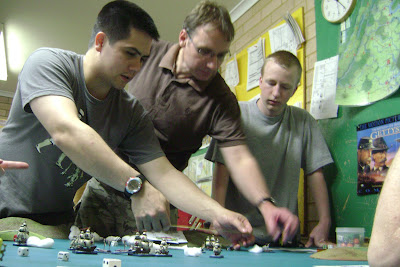 The Sea Beggars swoop in... 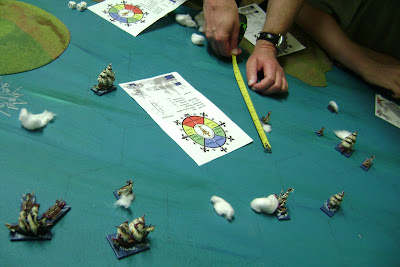 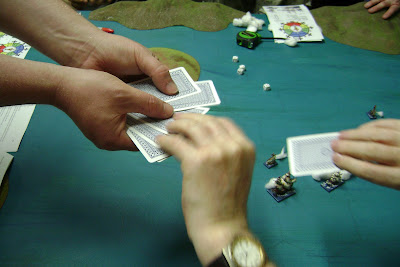 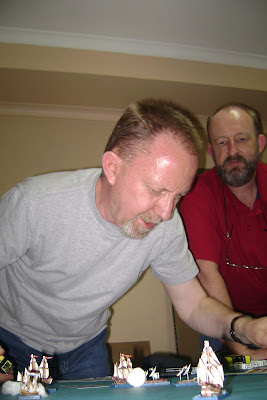 On his most Catholic Majesty's service 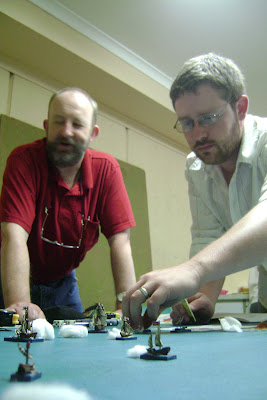 Avoiding those thieving English and their thieving ways! 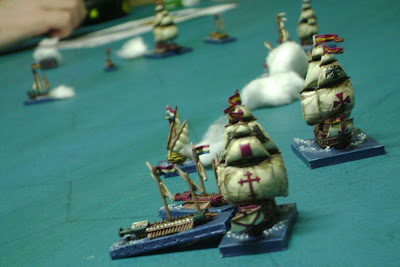 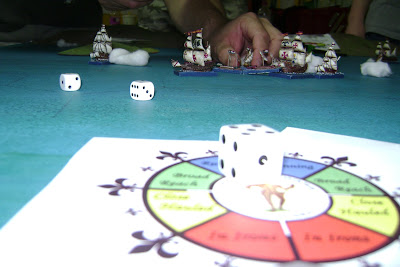 The fight rages o'er the water 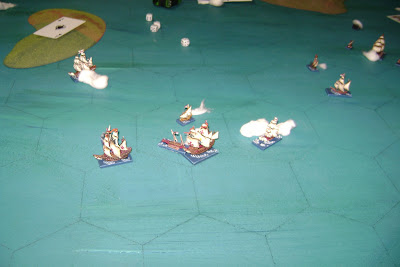