2022 Odyssey - or why I haven't been doing my homework

We have just returned from a brief, but very enjoyable, trip to Greece - actually the holiday we had booked in 2019 for the following summer, before the world went into lockdown. After the additional stresses brought about by the pandemic, a couple of very political (and Political) years at work, additional work financial duties, job applications and moving house, life has felt like I've been pulled in too many directions lately. It was wonderful to get away and just forget it all for a week.
I've no desire to give a blow by blow of the trip - nor would I expect people to what to read that - but thought I'd share a few pictures relevant to the hobby. 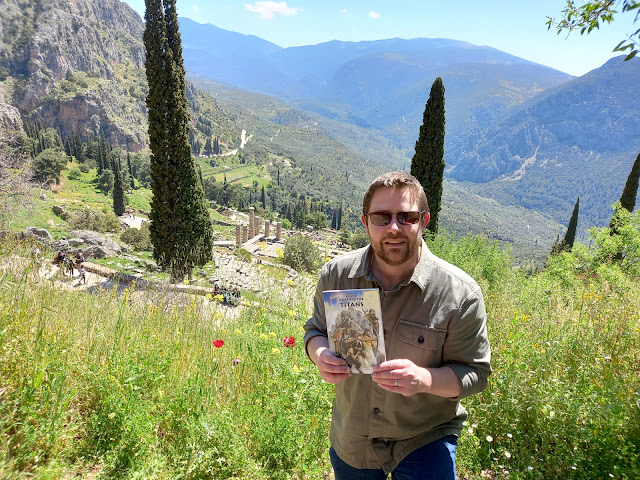 I brought along Four Against the Titans for a pilgrimage to several sites that feature in the game. First up, here we are at the Sanctuary of Apollo at Delphi for an obligatory promo shot. The site itself was amazing, and the museum was pretty marvellous as well. 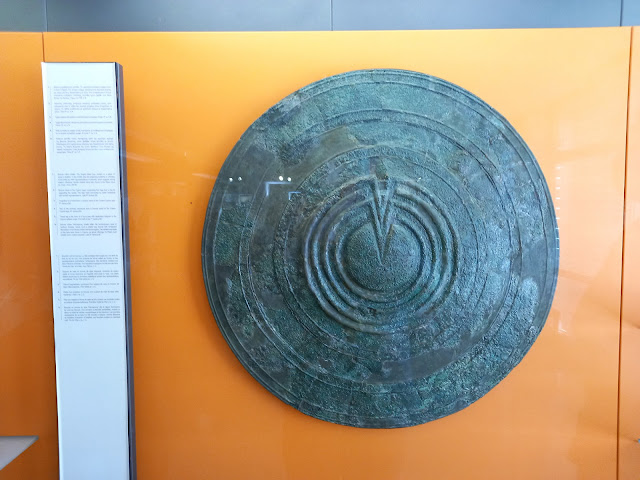 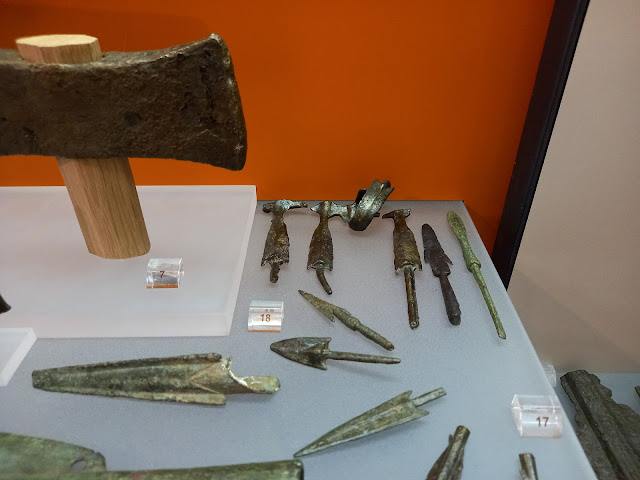 A variety of axes, arrowheads, spearheads and butt spikes. I love that the arrowheads are still joined together from the casting process. 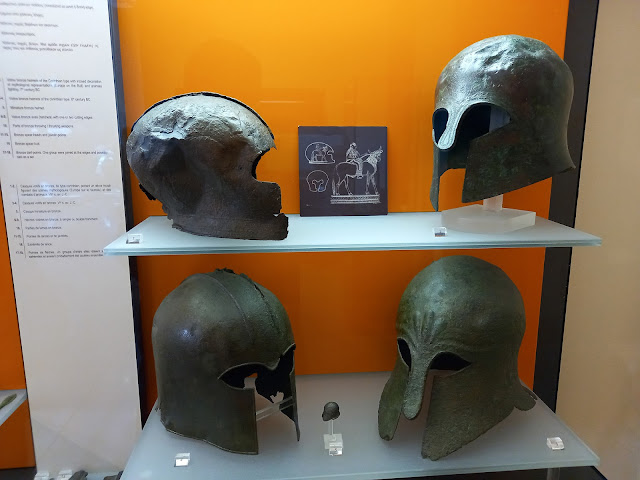 Some of the Archaic helmets on display.

The gigantomachy scene from frieze of the Siphnian treasury. Dionysos and Kybele, Athena, Area and Hermes all make an appearance in this scene 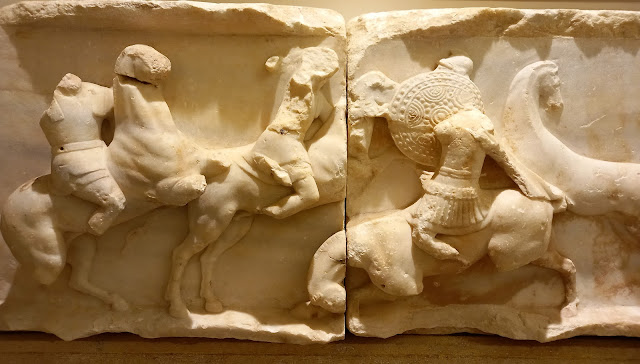 One of the friezes of the Pydna monument of Aemilius Paullus (167 BC). 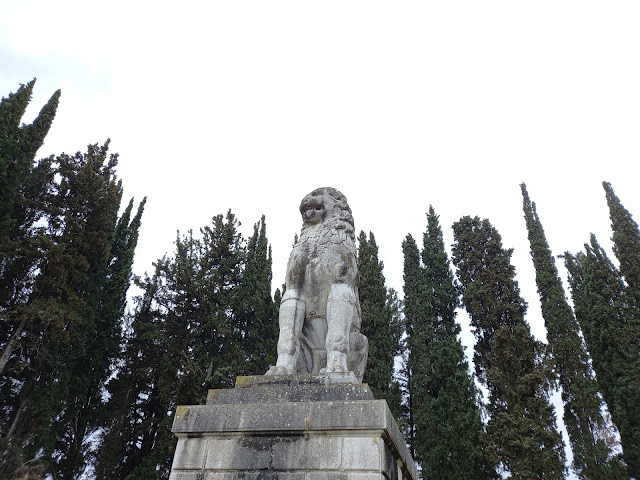 We passed by the Chaeronea lion monument, errected over the massed burial of the Theban Sacred Band following their defeat by the Macedonians in 338 BC.

A visit to Naupaktos was a must - an Athenian naval station during the Peloponnesian War, and later known as Lepanto - the site of the naval battle of 1571. 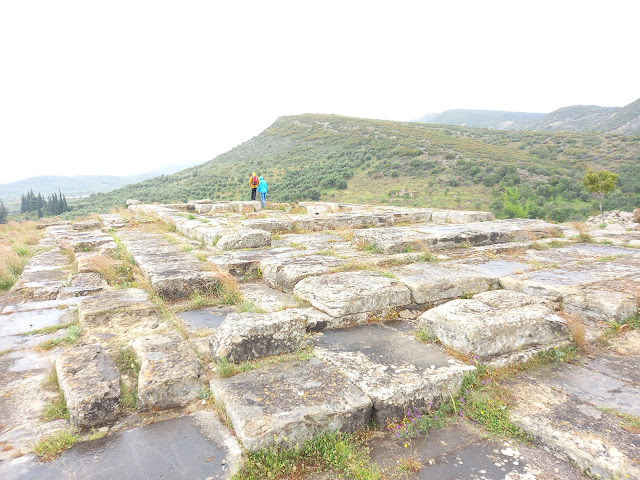 Out to a very windy and rainy Kalydon. The massive temple of Artemis must have been truly impressive, but sadly (or happily?), no boars in site. I brough 4AT along to Kalydon too, but the weather kept it in the bag.

We stopped off at the monument to Leonidas at Thermopylae - dramatic landscape, a significant point in the history of the Greek states - and adorned with bins, passing traffic and power pylons. 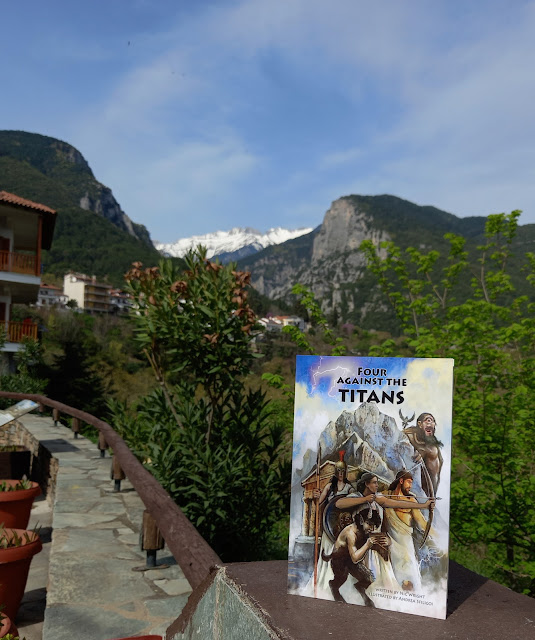 4AT came out in the glorious spring sunshine below the snow-capped slopes of Mount Olympos. 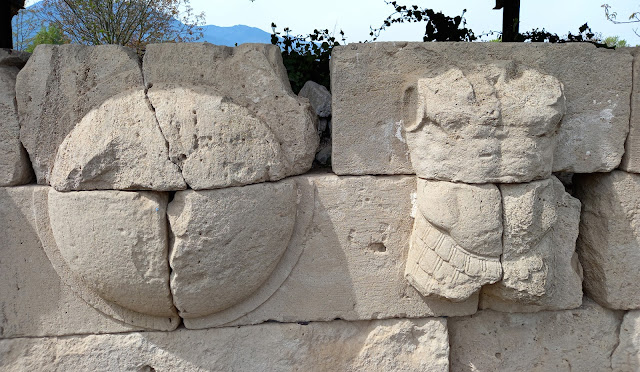 At Dion we enjoyed the site, pretty much to ourselves, taking in the various monuments including these lovely armour reliefs. The museums, while not of the same scale as Delphi, were also a well worth visiting.

The Dion museum had these two fantastic bone dice among the exhibitions. 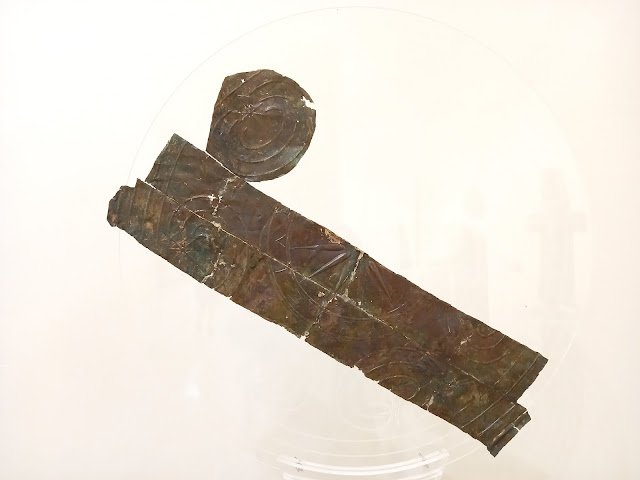 The remains of a 4th-3rd century BC Macedonian pelte inscribed with the name Demetrios. 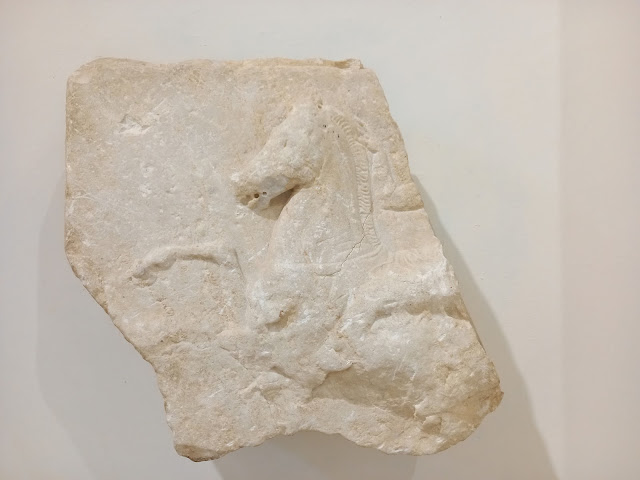 ... and the fragmentary relief showing a 5th century Macedonian horseman. 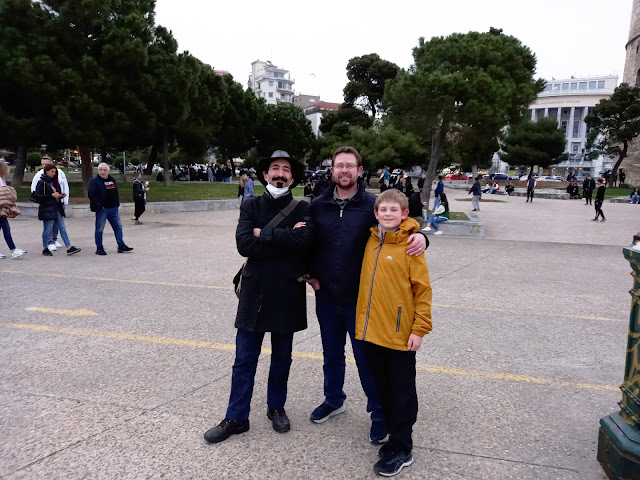 And the cap it all off, we met up with Orestix in Thessaloniki - a meeting long overdue having worked together since the 2nd edition of Irregular Wars: Conflict at the World's End in 2014!
4 comments: 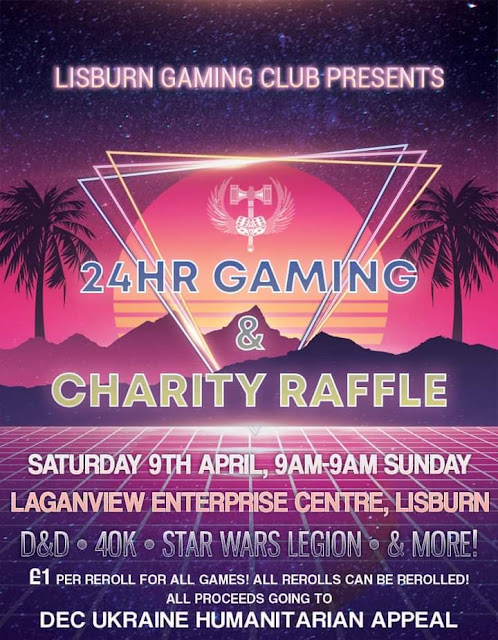 This weekend I was really priveledged to be invited to a 24 hour charity gaming event organised by Lisburn Gaming Club here in Northern Ireland. The event was raising money for the Disasters Emergency Committee Ukraine Humanitarial Appeal. I was only able to stay for the first 10 hours, but in that time over £1,000 was raised from the raffle and table re-rolls alone. I was very impressed by the organisation and the enthusiasm that went into the event from all involved. 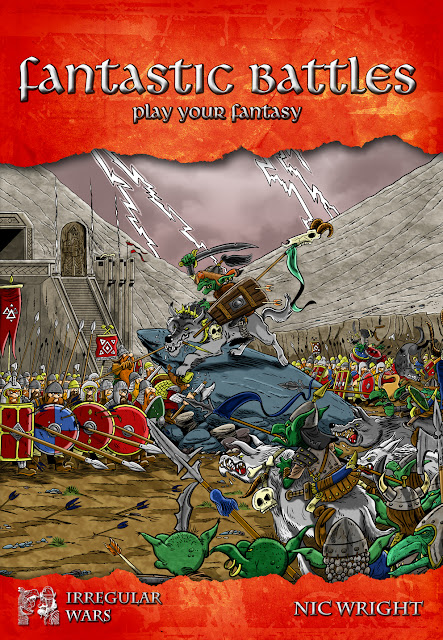 Between us, Bill, Roger, Steve, Peter, Garry and I had four great games of Fantastic Battles during the time I was there. 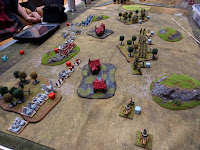 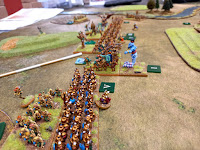 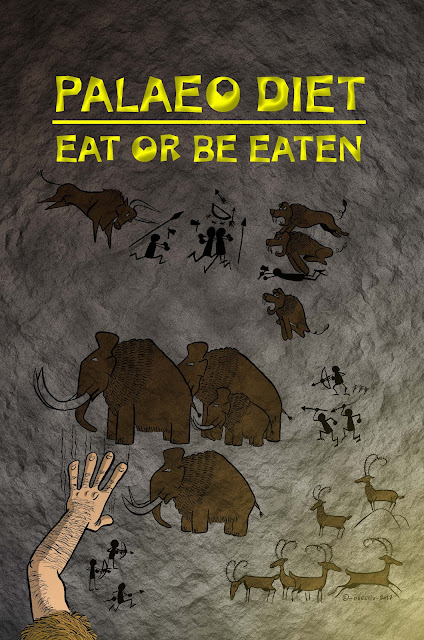 To finish up, I ran a co-operative game of Palaeo Diet: Eat or Be Eaten for Bill, Steve, Dave and Roger. Despite the tribe bagging themselves a couple of boars and a cave lion, they lost one of their own hunters. I guess it is all a matter of perspective whether that was a tragedy, or just added to the banquet!