It has taken almost a full year (the first unit was completed on the 18th January), but my first 200 point army for Bataille Empire is now finished and awaiting table-top deployment. Of course, given the state of the world, it will probably be quite a few months before they get used in anger. 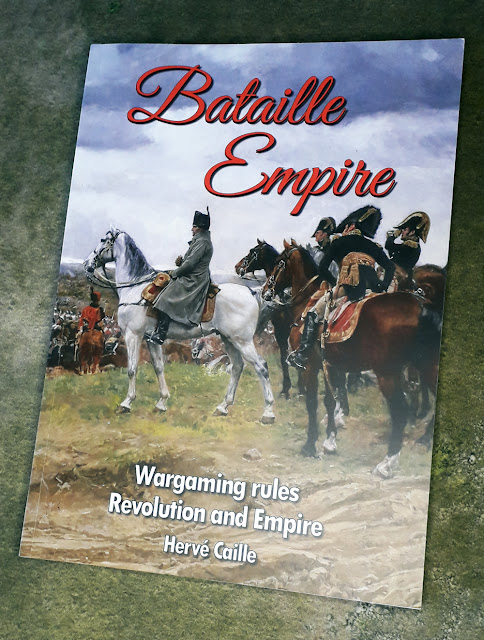 When we decided to venture into 6mm Napleonics, I wanted a fairly generic and middle-of-the-road army. My thoughts first turned to Sweden as something a little left of centre, but having struggled to find suitable proxy figures, I settled on Austria - an army I played more than 20 years ago in 15mm for Napoleon's Battles.

Foolishly, we opted for 'shako' era, rather than 'bicorn' era Napoleonics. I say foolishly because I didn't realise at the time that post-1808, every Austrian infantry line regiment required six bases (or to put it another way, 96 figures!). Astute readers will observes a direct correlation between the minimum number of line infantry required by the army list, and the number included in my army...😁

The army composition is built around the 1809 Danube campaign list in the rules, but is not based on any historical order of battle per se. 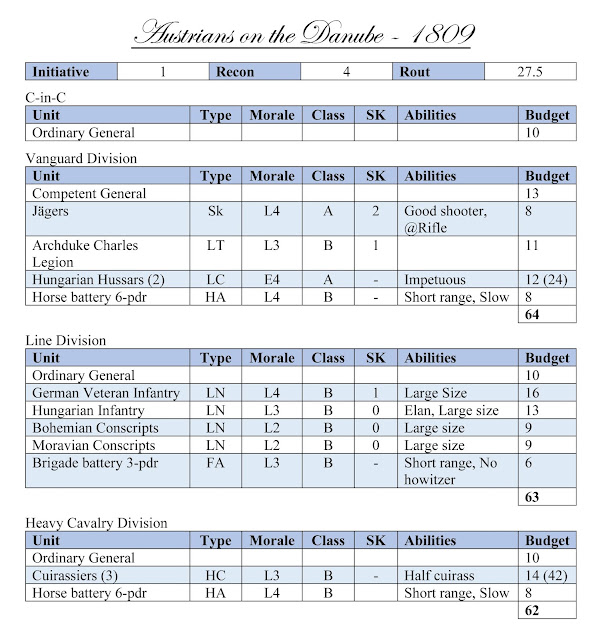 The vanguard division (never leave home without one!) is far-and-away my favourite. With a jäger battalion, the Archduke Charles Legion, and some flashy Hungarian chaps swinging their curved sabres from the backs of flighty horses, there is something for everyone. The army list only allows for a single competent general, so I figured this division needed it more than most.

The infantry division requires four regiments of line infantry. I used figures in the 1806 helmet to represent my German veteran line. The Hungarian and Moravian regiments are properly attired in 1809 shakos. The regiment of Bohemian conscripts are technically wearing brown landwehr coats, but for now they will substitute as conscripts. 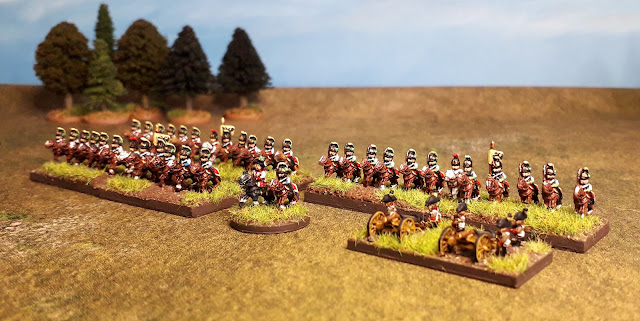 The heavy cavalry division of cuirassiers. Subtle as a brick, but more expensive to feed.