Irregular Wars: Conflict at the World's End (first published 2011, 2nd ed. 2014) is a set of fast play wargaming rules which recreate the smaller actions so common at the fringes of the European world: Britain, Ireland, colonial and native forces in the New World, the East Indies and the Eurasian steppe.

The rules are available as a softcover book through Amazon (UK, USA, EU etc), or as a pdf through Wargames Vault.

Printed decks of 52 chance cards designed to be used with the game can be purchased through DriveThru Cards (a sister site of Wargames Vault).

Sample pages are shown below. You can find all previous blog posts relating to Irregular Wars here.

p.30 – Savage
Remove ‘are charged by’ replace with ‘contact’

Ignore the fact that ordinance is a typo for ordnance throughout… 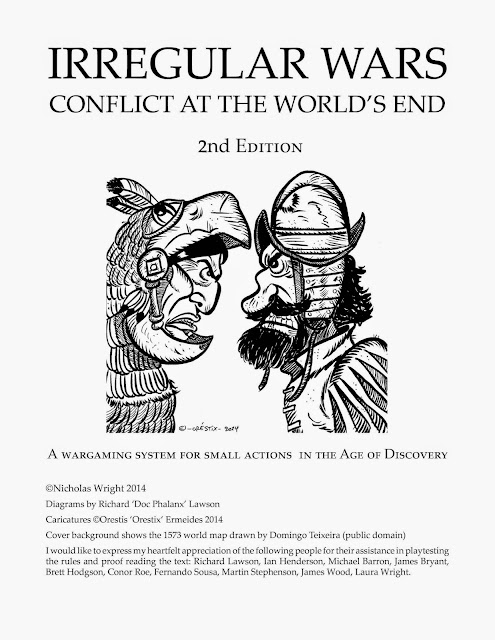 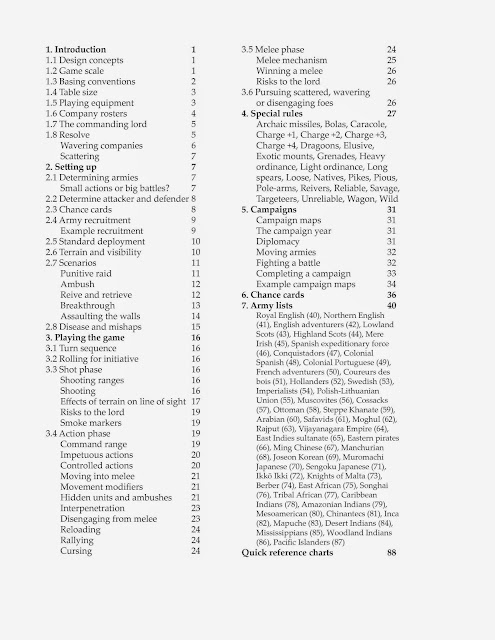 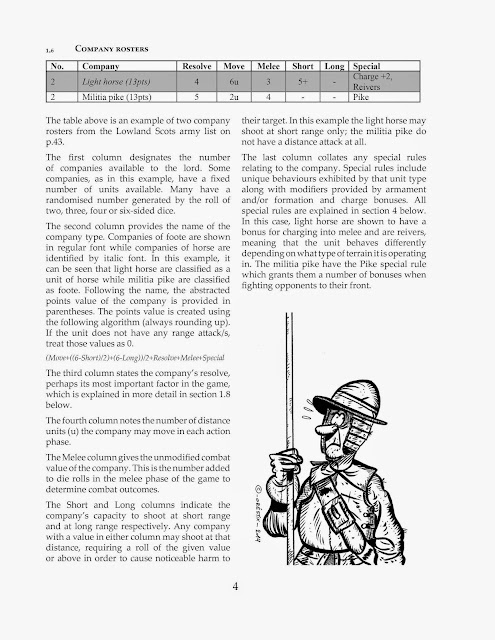 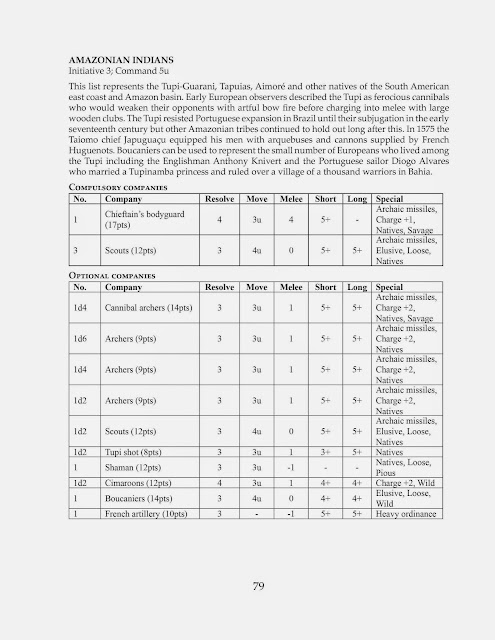 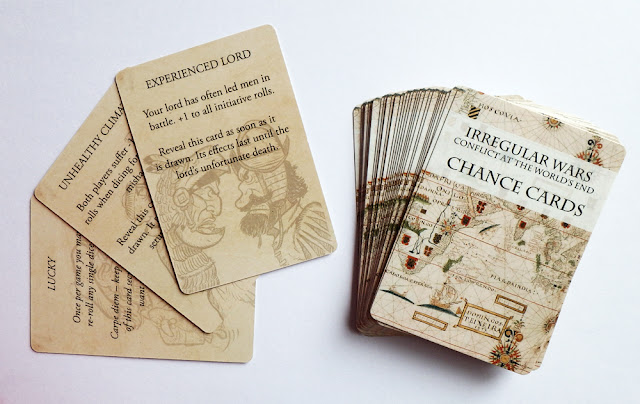