We had an early start this (Queen's Jubilee) morning, sneaking out before the wee boy woke up to see the lighting of the Olympic flame in Belfast for the Irish leg of the torch relay. Ulster put on a traditional summer morning with chilly winds and the threat of rain. Still, the rain held off, the torch-bearers shivered and the flame was lit. A once in a life-time thing to see and I'm very pleased we went. 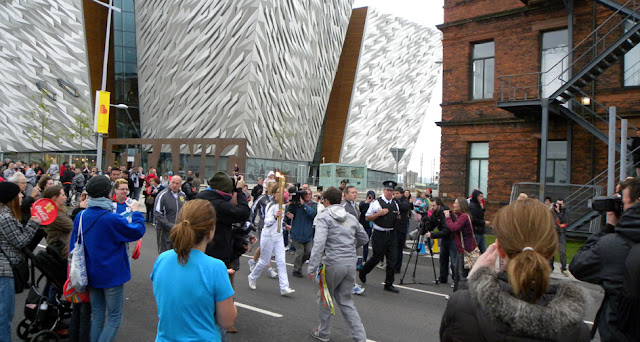 Getting home before 7am left a little free time before the madness of the young master's breakfast allowing me to finish up (sort of - still WIP really) the second of my SAM warbands - the Companions of Arthur himself. They look a little washed out in the photos but I went for a stormy steel and grey colour scheme, except for Artorius who has a small amount of gold and red to really make him stand out.

From left to right: Drystan, Cei, Bedwyr, Gwalchmei and Artorius. 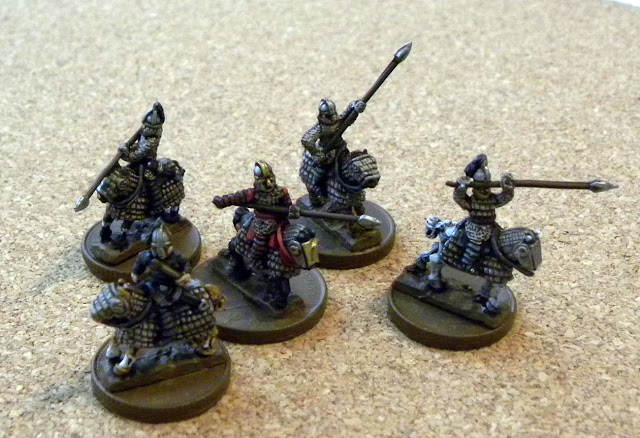 This warband is loosely inspired by the recently popularised 'Sarmatian knights' theory of Arthur using Pendraken's 10mm cataphracts as the kontos-bearers and a clibinari as the mounted archer. These are mean, mean warriors, but as a result, are by far the smallest (numerically) of my four set warbands. As always, more details and photos to follow, when there guys are fully completed.