A new shield for Lycus 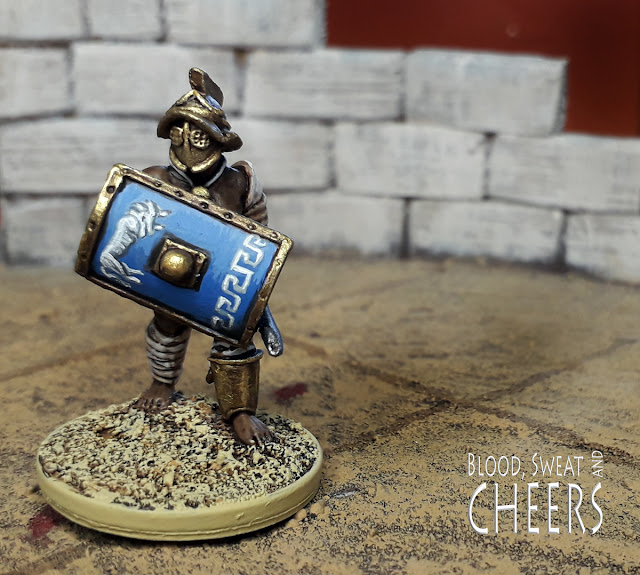 With our part of the world under increasingly stringent lockdown rules once again, I've found myself playing more and more Blood, Sweat and Cheers, both with my nine year old, and also solo. Bouts can take between 5 and 25 minutes each, and there is little prep time, so it is an easy game to wip out, roll dice and put away again.

In honor of his increased use, I decided that Lycus, my left-handed murmillo, needed to have his shield pimped out a bit. As Lycus seems to be the latinised Lykos, Greek for 'the wolf', I went for a wolfish motif based on coin imagery of the wolf that nursed Romulus and Remus (though I left the boys themselves off the shield). I'm not wholly convinced that I captured it with too much skill, but hopefully the aim is clear!😁