A tiled building for Antioch

With the fresh arrival of Wills OO Scenic Series Pantiles (as recomended by Margard on The Miniatures Page forum), I have been able to press on with the first of the tiled building for my Little Antioch project.

I had originally tried to purchase tiles from Plastruct but they wanted to charge me £15 for postage... from the UK to the UK... less than impressed. I ended up buying my pantiles from Gaugemaster who are also here in the UK - very reasonably priced for a pack of four small sheets (A6? - I bought two packs) and with decent postage rates and quick service. Very happy with that purchase indeed.

Here are a few pictures of my first tiled building as a work in progress. Rather than a canonical rectangular temple, I've decided to build a squat little temple based on the proportions of numerous Hellenistic and Roman structures found from the Aegean to Ai Khanoum (Afghanistan). Including the front portico and pilasters, it will have a square footprint with the result that the naos/cella itself will be slightly wider than it is deep. 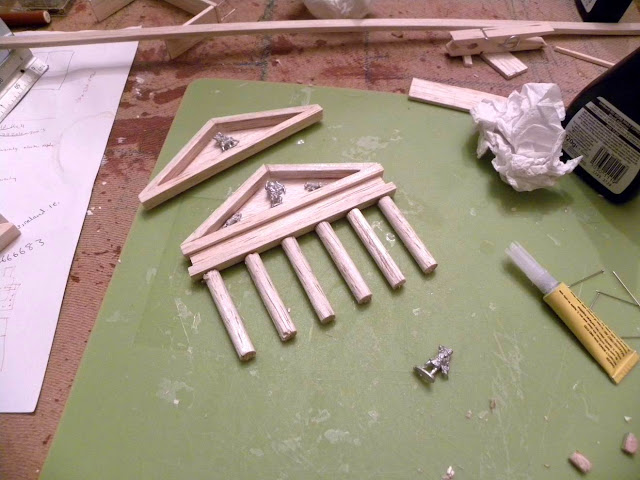 The facade - well, one of them. I have chosen Apollo as my patron deity for this temple project. This mostly on the grounds that I had appropriate 15mm archers (Xyston Cretans) lying idle. Each pediment will have a central Apollo. The front/East will have a centauromachy scene flanking the big guy using 6mm Rapier figures. The back/west pediment will have two leaping 10mm hounds from Eureka (in the picture above).

You don't quite get the true scale of this building in the photos (13x13x10cm). The thing really is quite massive compared to anything else I've done and by far the most complex. I'm glad I practiced on the simpler structures first. 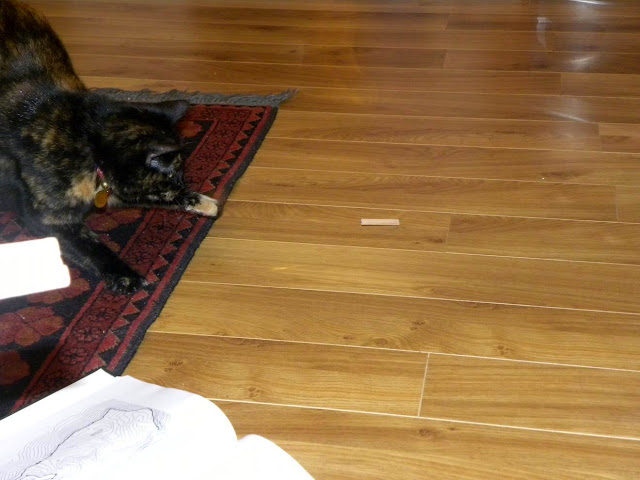 The construction work was going well too, until the wee bollox beast of Black Mountain decided to attack my balsa wood stash... Ah well, it kept her entertained and was nowhere near as destructive as my son's recent outing with a pen and two of my more expensive reference works.

Below are photos of the remainder of the work to date, all on the roof. This building will take a little time to complete. 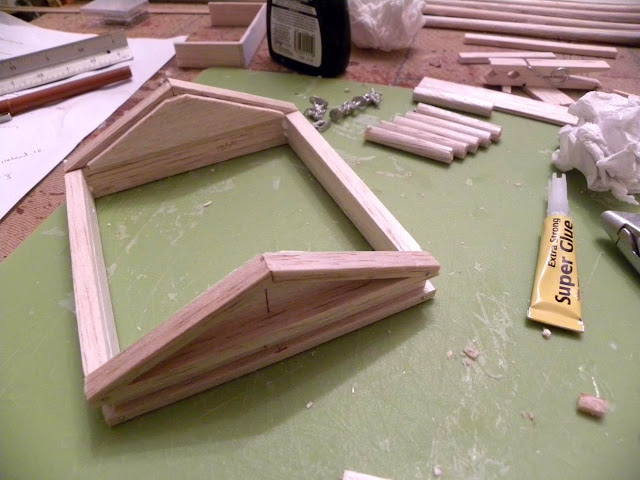 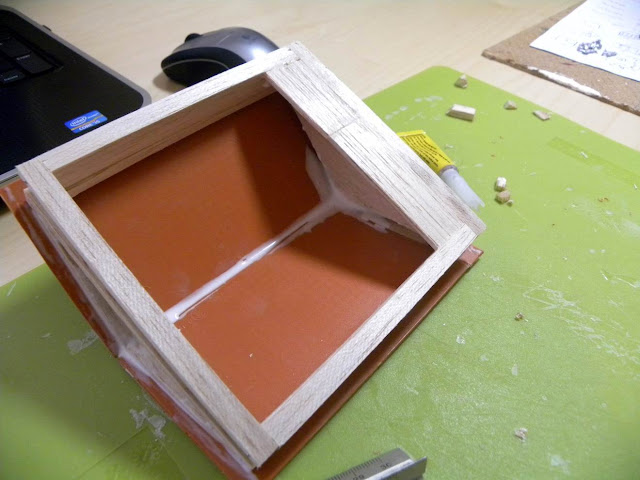 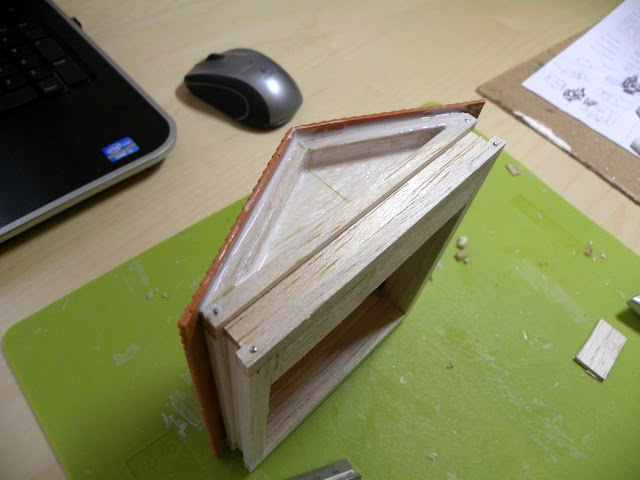 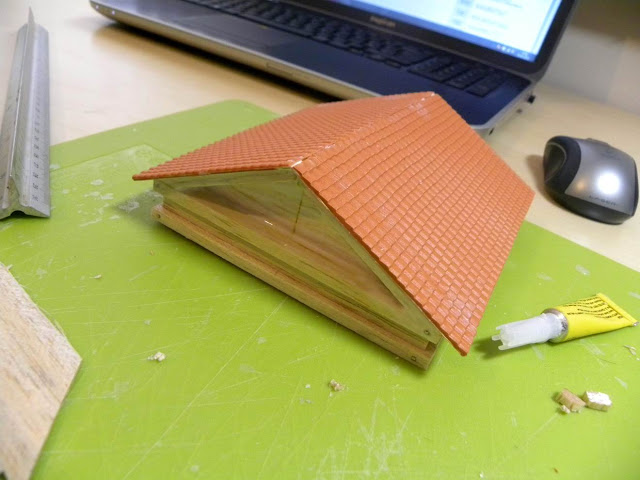