A daring sloop and strange shores

I've had several photos from Galleys & Galleons playtesting games sitting on my desktop for a couple of weeks now so I figured I should probably post them. 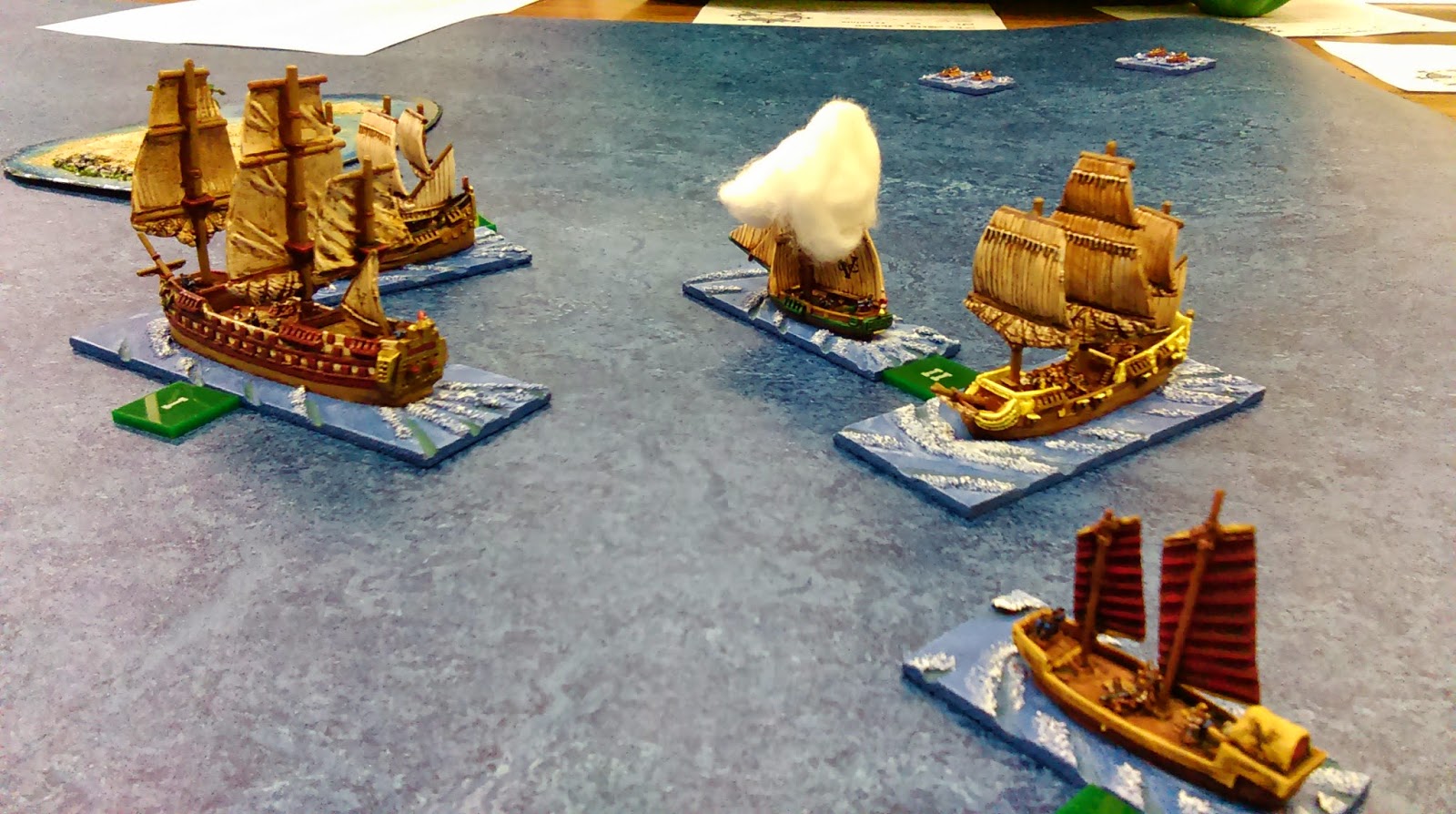 In this shot you can see my beloved Dutch sloop, the Nassau, has cut in among the pirate fleet. All full of his own daring, the captain seems to have forgotten that pirates tend to have cannons on board their ships. He was raked in the stern by the Irrepressible (with the yellow trim). A lantern must have been overturned in the process and the Nassau promptly caught fire. The game started going down hill fast at that point. 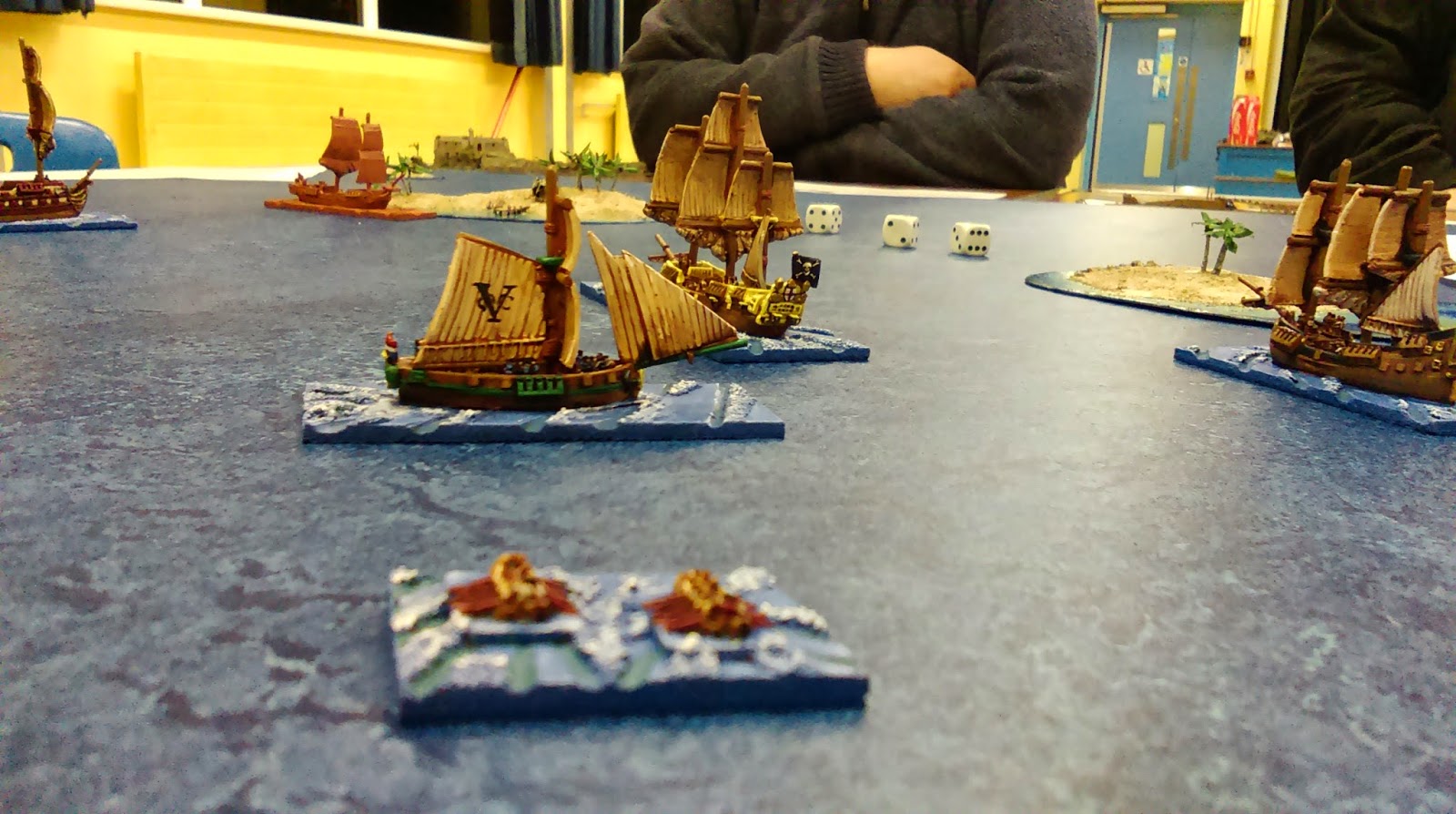 A couple of turns later the crew of the Nassau got the flames under control but by this stage she was badly damaged. In the blurry foreground you can make out some pirate cutters rushing in to finish her off. My Dutch fleet sunk one of the pirates in this game, but at the end of the day, I lost every one of my own ships except the flagship Brabant. 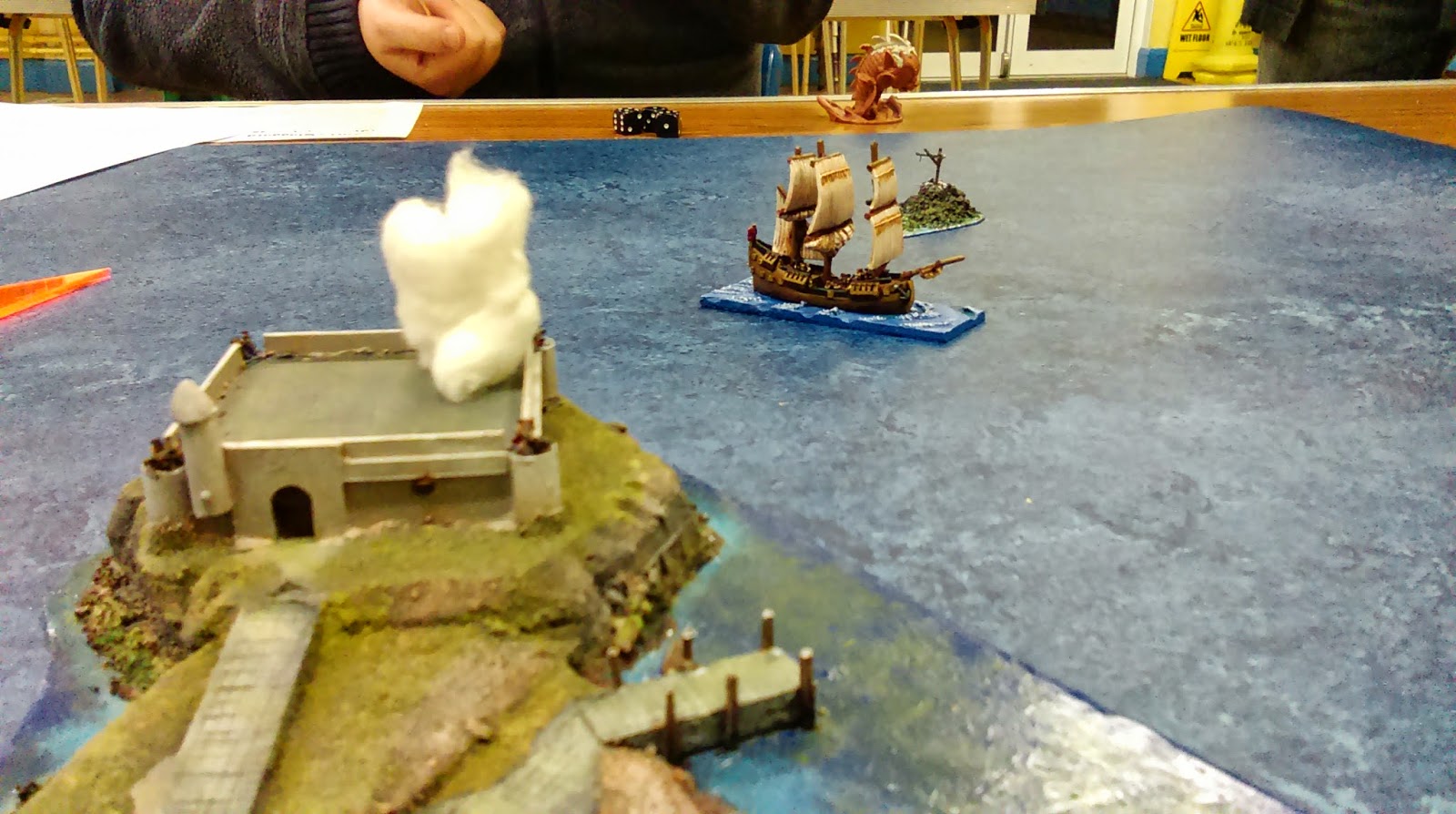 This shot is from the third game of the evening. We decided to play one of the scenarios, 'Release the Kraken', where one player is attempting to destroy their opponent's shore fort. However, every time the shore fort gets hit, there is an increasing chance that the sea monster (who lives in an underwater cave below the bastion) will be woken up. This photo was taken after an incredibly luck shot from the Oberon ignited the fort's powder store.

The fort was out of play but the sea monster was about to be released. The small fleet attacking the fort was promptly smashed up, chewed on and spat out, only to be gobbled up again. A hilarious game, but I think it was pretty clear that some of the points costs need adjusting.