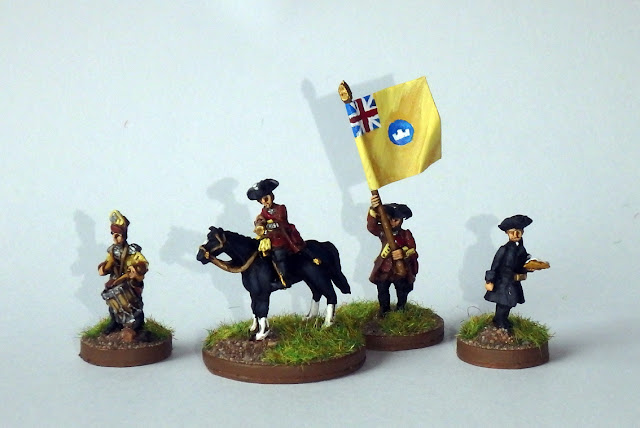 I still have a couple of groups of eight fusiliers to do for my 'Skillings, but in preparation for a learning game of Sharp Practice 2 this week I have finished up my commanding officer, an ensign bearing the regimental colours, a drummer and a reverend. All are 15mm Blue Moon figures.

By the time I am done, my base force will be the better half of a company of the 27th Inniskillings along with a scouting party of a dozen Mohawk and a clutch of civilians. I know that, even then, it is unlikely that such a group would ever have had custody of the regimental colours, but... it'll look nice to occasionally pop it out on the table.

Below are a couple of photos from my introductory game of SP2. We only had small forces, three groups on my side, and four groups on the French-Indian side. This is not the place for a full review of the rules - I'd like to understand them better first - but it was a fun wee game in which Captain Hotspur gave the Frog a bloody nose and my bookish cultural attache to the Mohawk, Lieutenant FitzJames, engaged a noble savage in a duel and won! 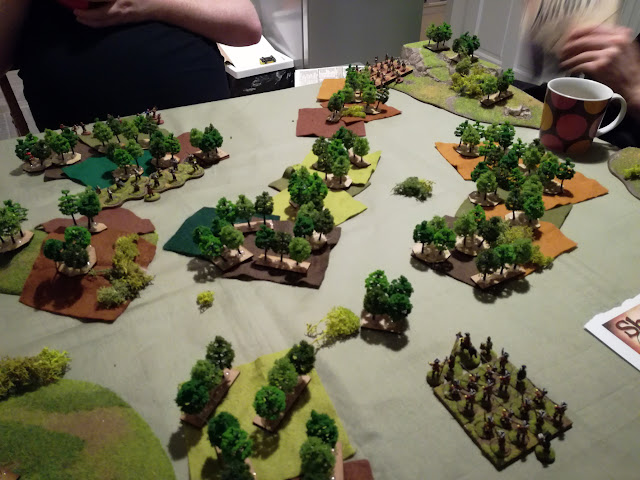 The dense woodlands of the American northeast are no match for the boys from Fermanagh. 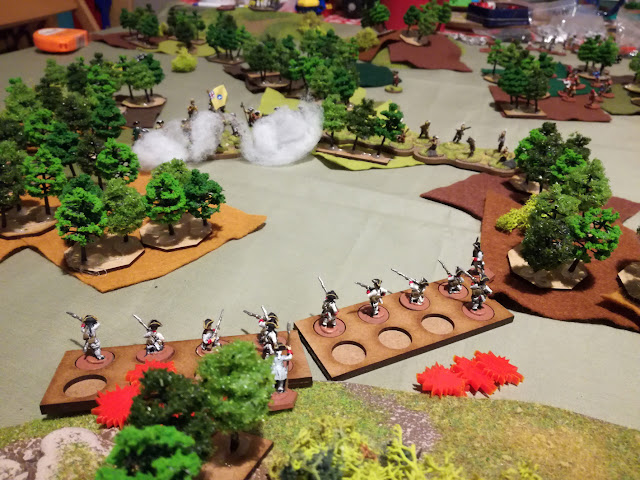 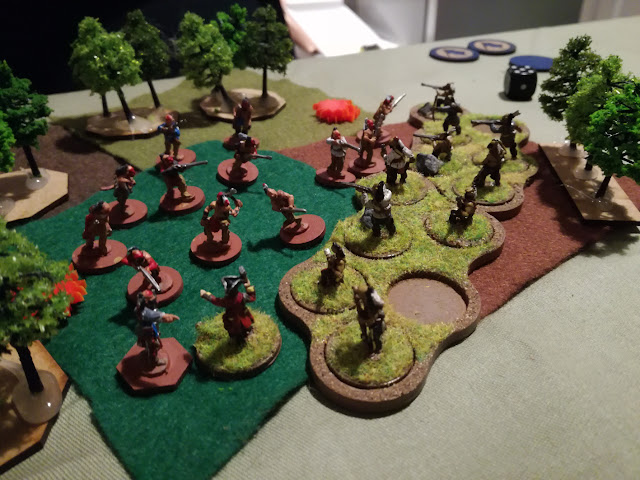 FitzJames and his Mohawk bury the hatchet with their Francophilic opposites.