Over the last couple of months I have been slowly finishing off the last 6mm ancient units in my painting queue. with these last reinforcements I can field even more l'Art de la Guerre armies, and should we return to Hail Caesar for 6mm gaming, sure, these guys will help out too. 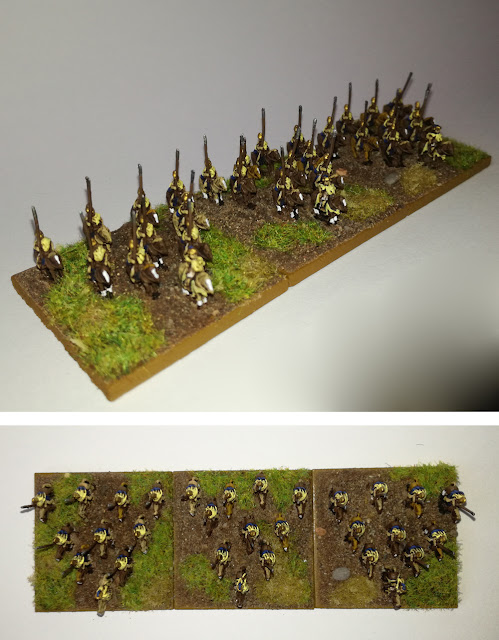 First up are three units of Baccus Thessalian heavy cavalry. I've put these in wedge formations to act as either Macedonian companions or early Hellenistic sarissaphoroi. They will certainly see service under Philip II and Alexander III of Macedon, Pyrrhos of Epeiros, or Seleukos I. 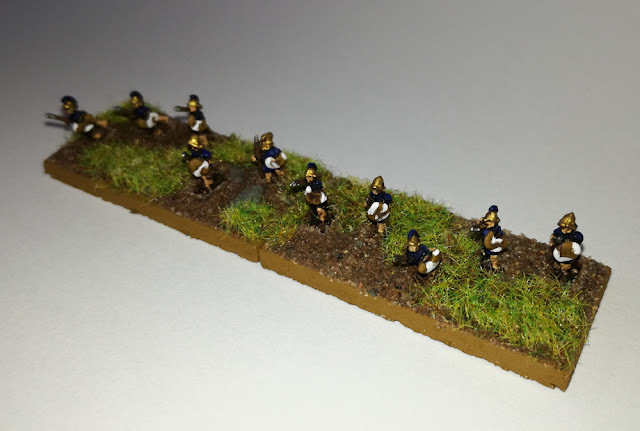 Then we have two units of light infantry with javelins. They are Baccus Greek peltasts but can be used as either generic psiloi or as elite Agrianians under Philip II or Alexander. 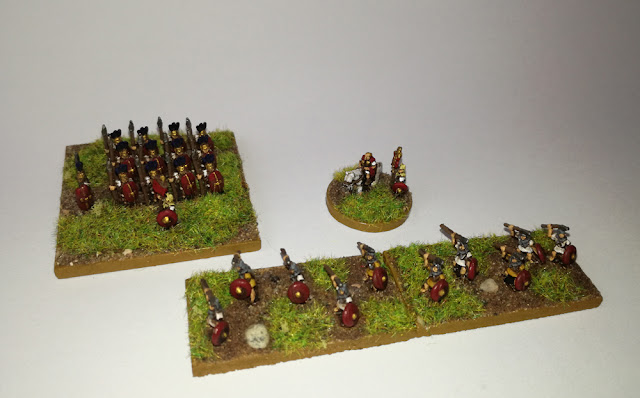 These Rapier Roman triarii and velites will allow me to use my existing 'imitation legionaries' as hastatii and principes and field a Polybian legion. Republican Romans - here we come! Of course, I also needed a suitably grumpy chap on a white horse to lead them - also from Rapier. 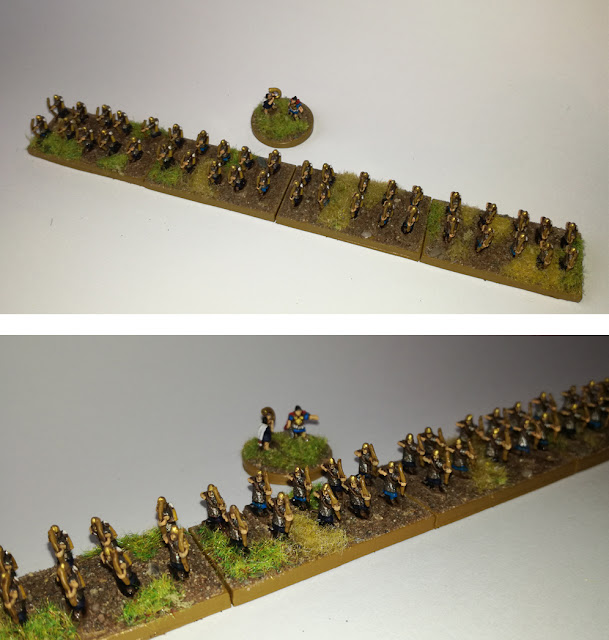 Lastly (for now?) - Rapier Early Imperial Roman archers to use as Aramaeans (my Ituraeans) - also backed up with a new command stand because... well, why ever not.

Now I need to go back, update my 'who can I kill' file with new enemies. 😈