Here are a few pictures of my Irish battle for Irregular Wars. There are actually the two compulsory types shown along with six options, so they wouldn't all be fielded together under normal circumstances. The figures are all 15mm. Mainly Essex but with a couple of Freikorp15 kern and a single Peter Pig pirate-queen as a stand in Grace O'Malley (should the need arise).

The full rising. I wanted a really irregular feel to these guys, so no sense of uniformity - but I felt that they still needed some sense of identity. I chose the Irish harp as my 'badge' and put it on both flags and all the Irish shields. I know that it wasn't the universal symbol of Irish nationalism like it is today, but it added a nice touch of overt Irish-ness to the battle. 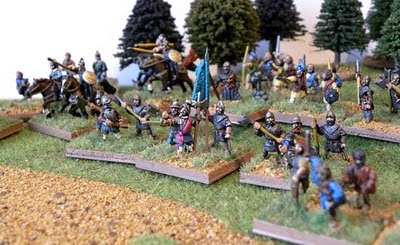 The lord and his galloglasses. 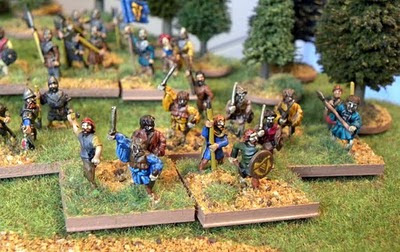 The kern of the rising out. 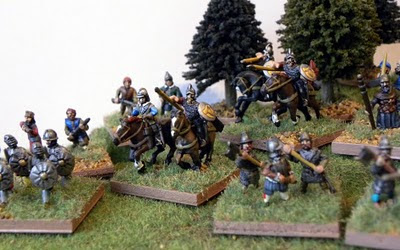 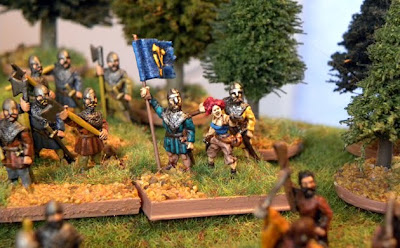 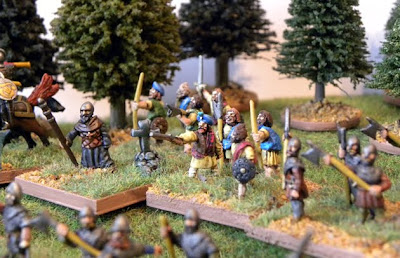 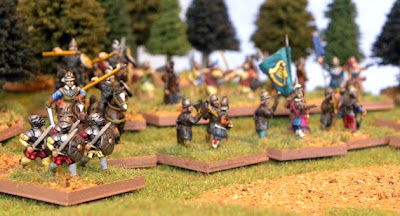