The Annals of the Relic of Saint Pius AAR (Chapter 2)


The heroes of Sorviodunum gazed anxiously at the ring of standing stones before them. They had surged forth following their victory to this, the repository of the little toe of the left foot of Saint Pius the Significant, brought and hidden here two hundred years ago by Nikolaos of Antioch. The heroes’ pitiful allies had shadowed their every move and now skulked in the mist beyond the stone circle. The recovery of the holy relic would bestow great prestige on its new owner, not just with their followers, but with the backwards inhabitants of the land – the search for the saint’s toe would not go unhindered.

This is the second 'after action report' of the Relic of Saint Pius campaign, the full details of which can be found here.

As the victors of the the battle of Sorviodunum, Aethelwulf and his Angles took the role of the defender in this scenario. The attacker was the Irish warband of Dubh Fiach. 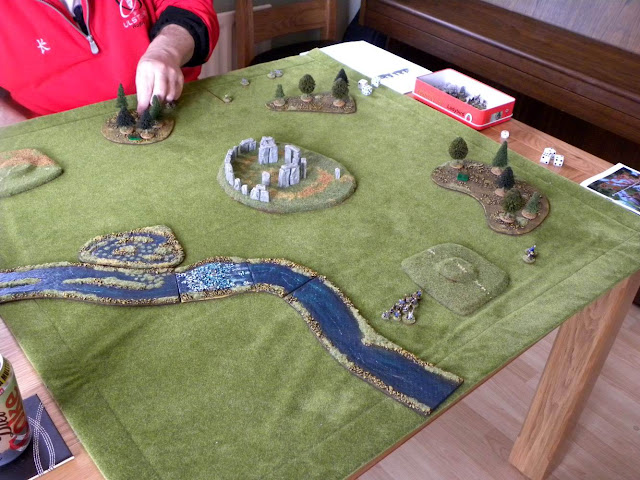 The Anglish and the Irish deploy on either side of a mysterious and unspecified stone circle in the vicinity of Venta (Winchester) and Sorviodunum (Salisbury). Three possible locations for the Holy Relic are identified on the table: in the woods nearest to each deployment line and within the stone circle itself. 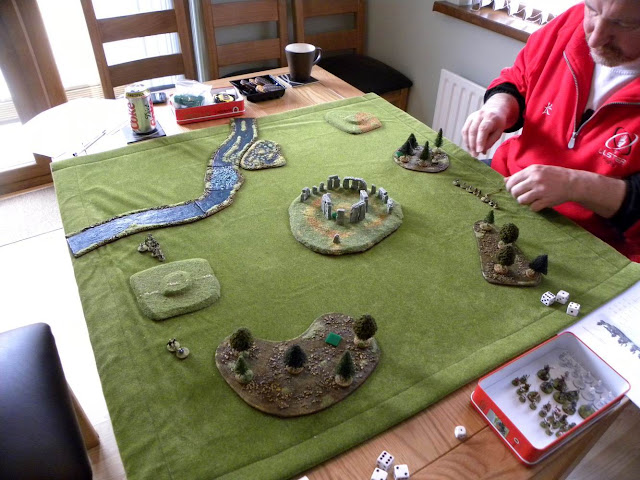 The Irish start with the initiative and delicately make their way through the woods to the first possible location of the relic ... 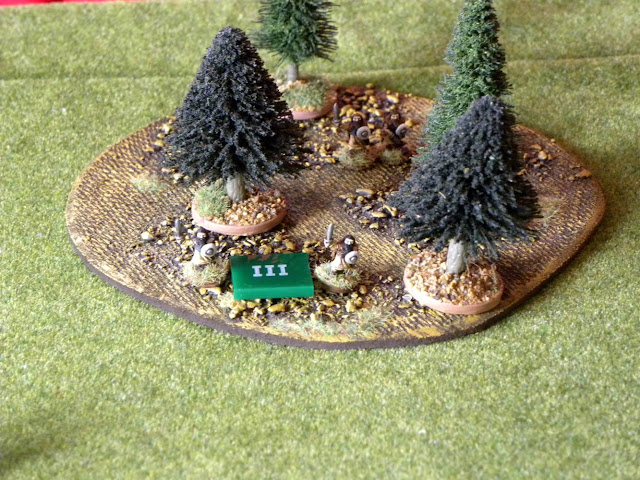 ... where they are sorely disappointed - nothing there except a big green counter with the number three on it! 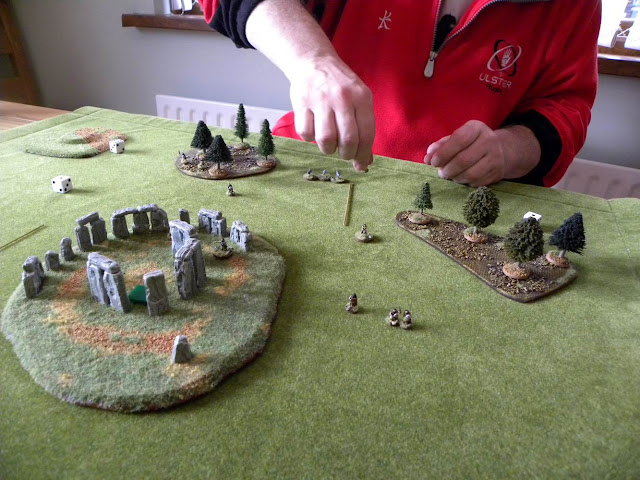 Other Irish warriors swiftly run forward towards the other two locations. 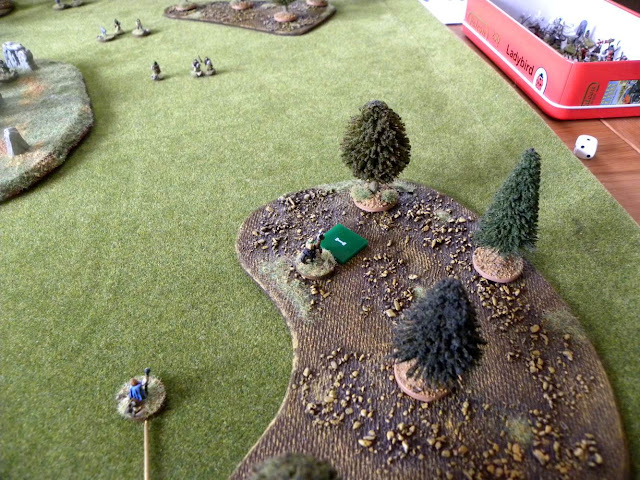 Meanwhile Godgifu rides her wee pony at breakneck speed to get to the nearest relic hot spot and is lucky enough to uncover the Holy Toe. 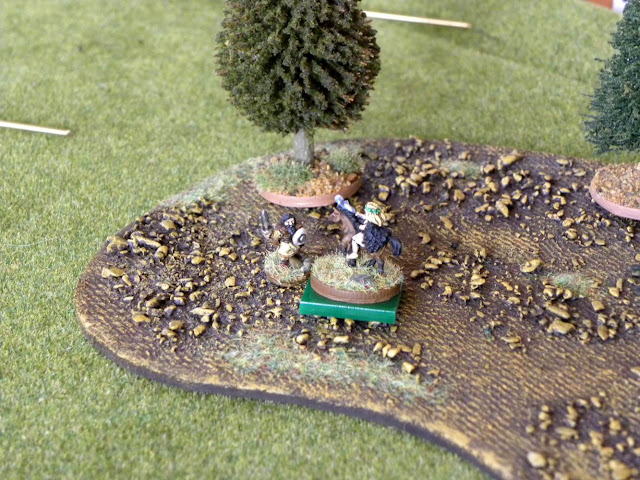 Much displeased, the Irish begin their pursuit ... 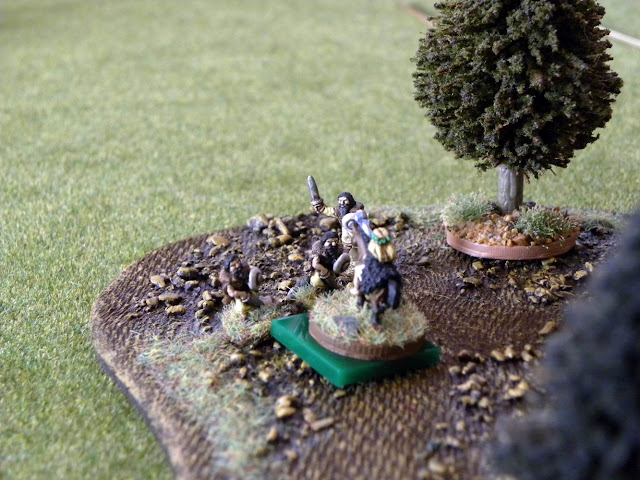 ... reaching the lovely Anglian priestess but unable to knock her off her pony. 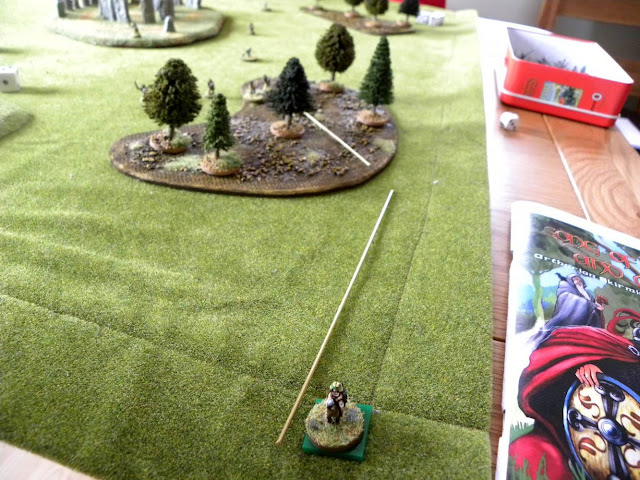 She quickly disengages and ducks away from the woods, aiming for her own battle line. 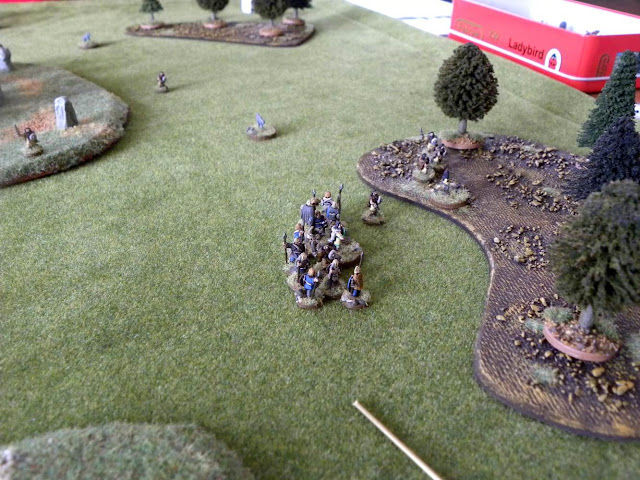 Behind her, Aethelwulf leads his men forward to create an distraction. 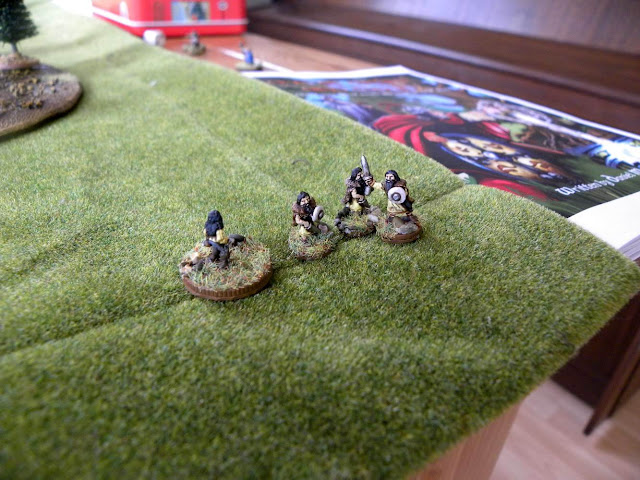 It works and Godgifu slips off the table leaving Iseult and her motly crew looking a little silly. 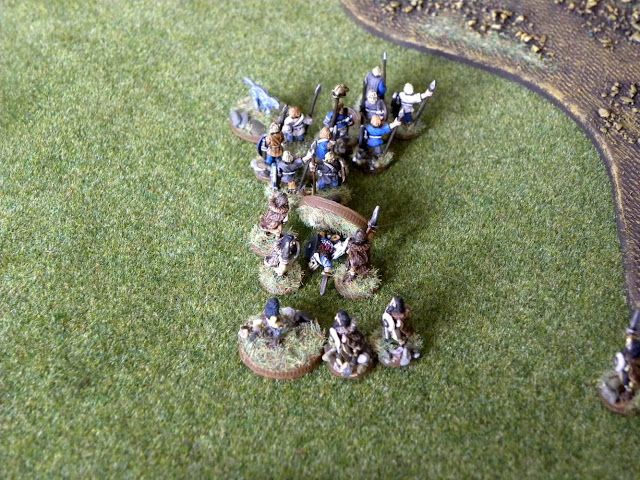 The Irish return to the main fight and start to surround the Anglish. 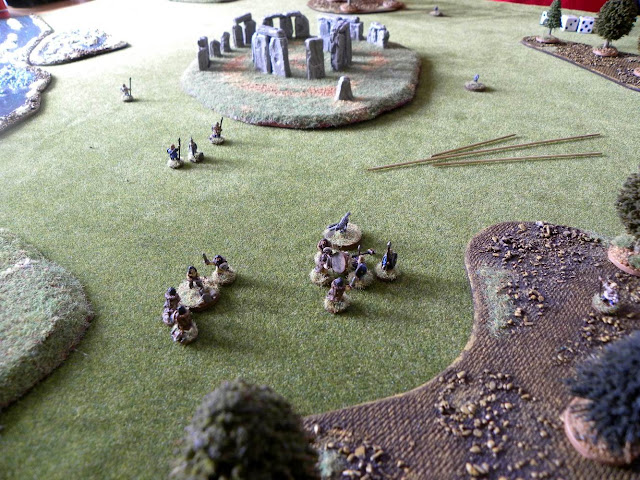 A couple of savage kills (including Aethelwulf himself) scatter the Angles. 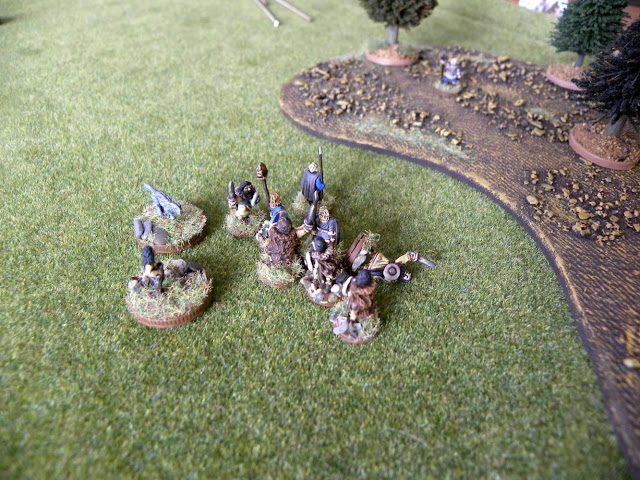 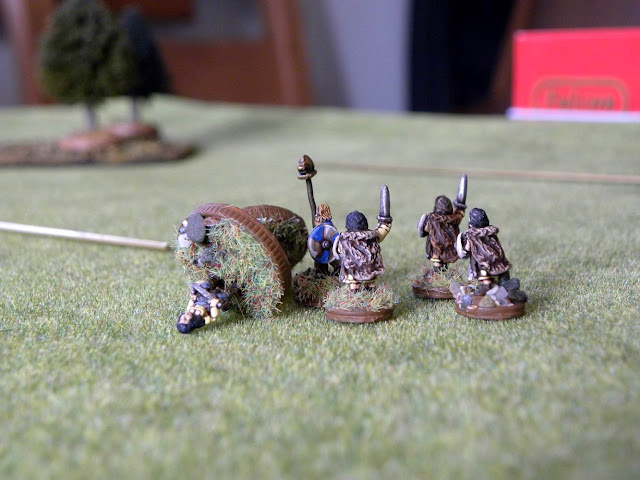 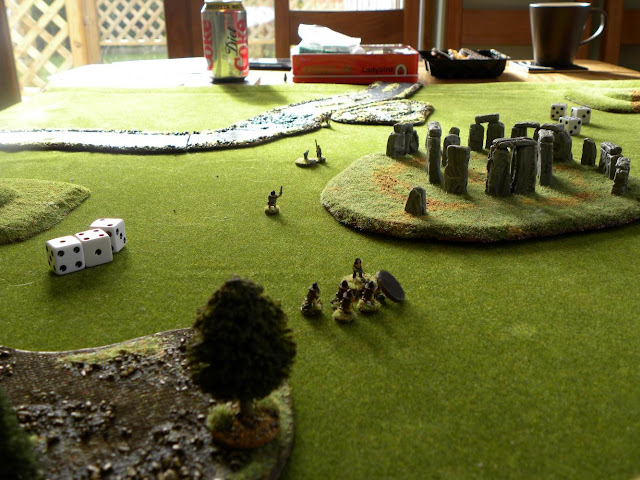 ... until Iseult sneaks in her wicked blade and extinguishes the champion's resistance.

In the event of a tie, we decided to cede victory to the Angles on account of the fact that they did get the relic off their own table edge.