Blood Sweat and Cheers - coming to an arena near you early 2017.

Blood Sweat and Cheers has made it into it's final version and a proof copy of the deck has been ordered. However, due to how long it will take for the proofs to reach me, there is no point holding out for a release before the end of the year. Presuming there are no problems with the proofs, I would expect the game to be available from the start of 2017. 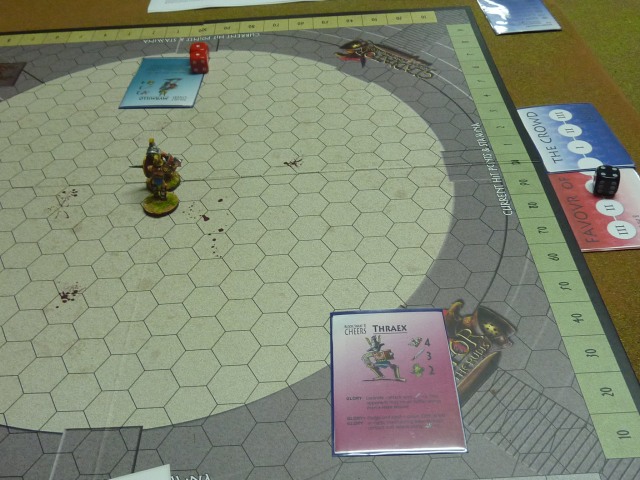 Above is a shot from one of the playtesters in Australia. This was taken with a penultimate version of the rules which micro-managed movement. In the final version, the area is divided into 12 zones with movement abstracted by zone. It makes for a much more fluid game and removes unnecessary beardiness from the game. 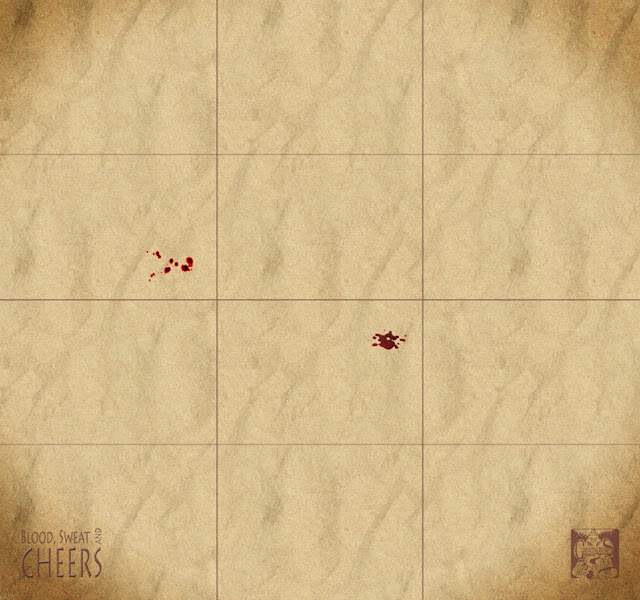 The deck will include six cards which will fit together to form an arena straight out of the pack, so all you'll really need to invest in before your first game is some gladiators. Of course, there is nothing to stop you modelling an arena (I have done so myself), but zones would have to be superimposed in some form.