The origins of Brexit - 1470something 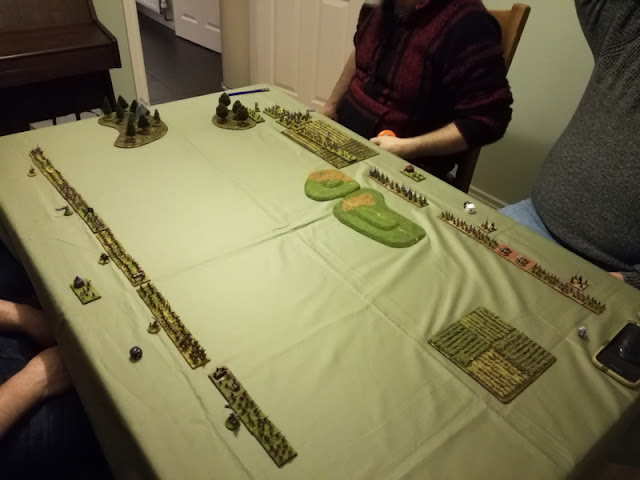 Five of us got together to play an epic 400 point game of L'Art de la Guerre this week. Three of us played as the glorious suns/sons of York (War of the Roses Yorkists, two commands each), agains a coalition of  French Ordnance and Kalmar Union Scandinavians. The Yorkists were the attackers, and the battlefield was mostly open. Excellent for the heavy French and Scandinavian knights - not so great for all our longbowmen. Above, five commands of Yorkists to the left, six commands of Scandis (top right) and Frenchies (lower right). But wait... where for art thou, o' missing Yorkist command...? 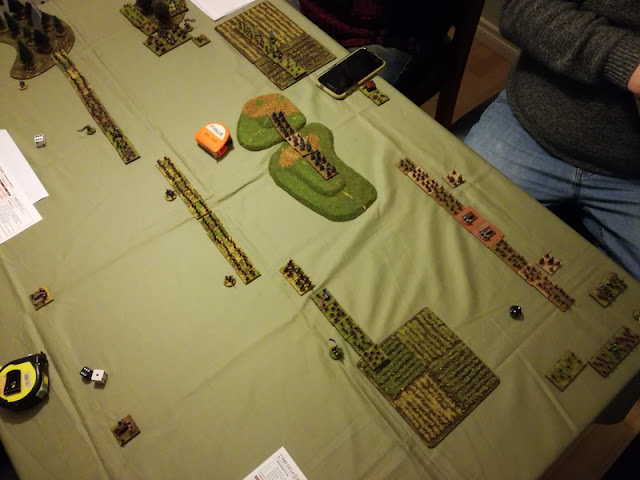 As the Yorkists trudge towards the stationary French lines, the grand sweeping maneuver reveals itself too soon. My second command enters the table with little surprise and even less tactical acumen. At the top of the picture, the Scandinavian mounted and foot divisions advance, but the Swedish lord proves unreliable and hold back. The glory of French chivalry in the center, led by the king (a Charles, no doubt) advance to the crest of the hill. 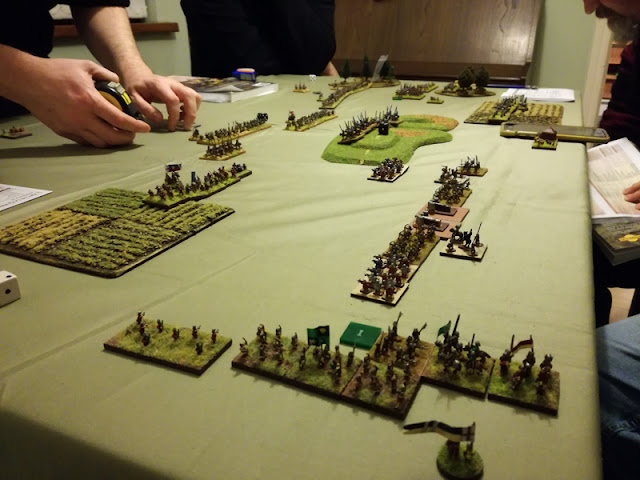 My entire flank march is stalled by a combination of 1x French heavy infantry, and a succession of CP rolls of 1! 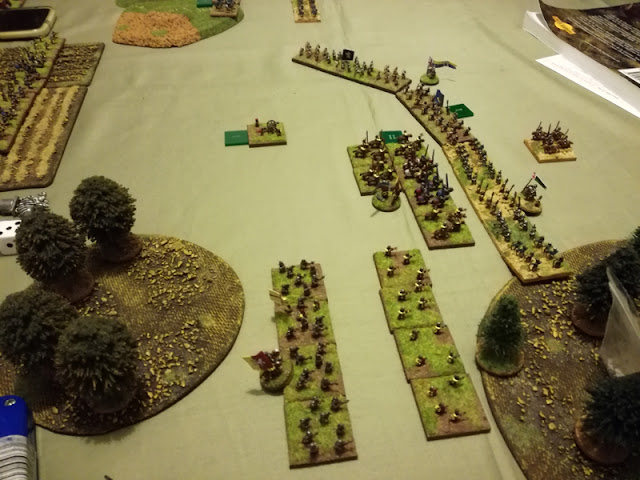 Over on the far side of the table, the Danish and Norwegian cavalry (and their German mercenaries), advance towards the English lines. 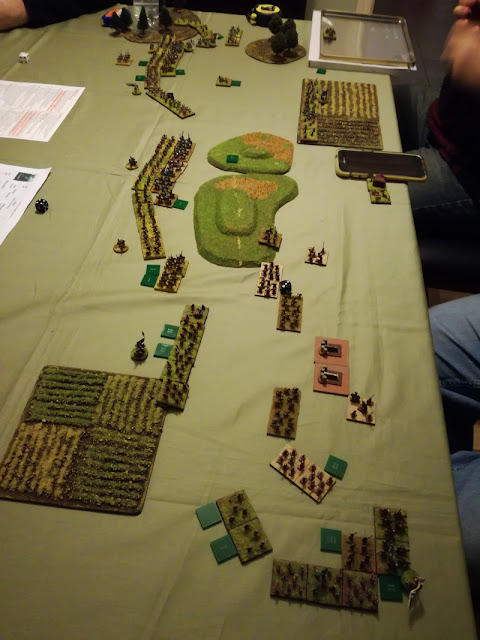 The continental cavalry smack home into the Yorkist lines. At the bottom of the shot you can see my entire command slowing coming to grips with the heavy infantry speed hump. Oh so painful to watch the ineptitude of my lord's command rolls. 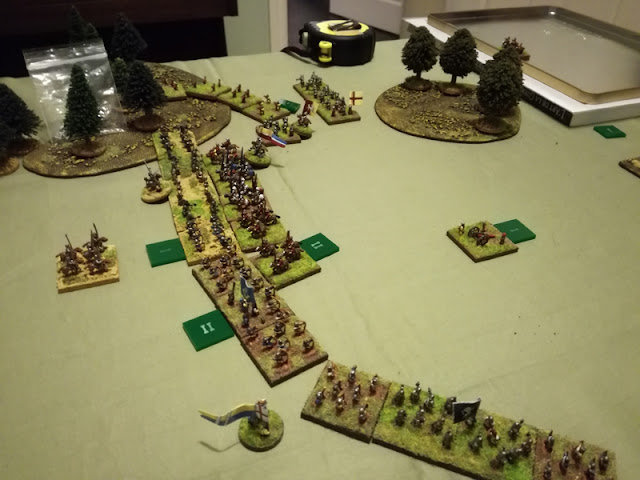 Taking advantage of the reticent Swedish command, the Yorkists start to encircle the Scandinavian cavalry. 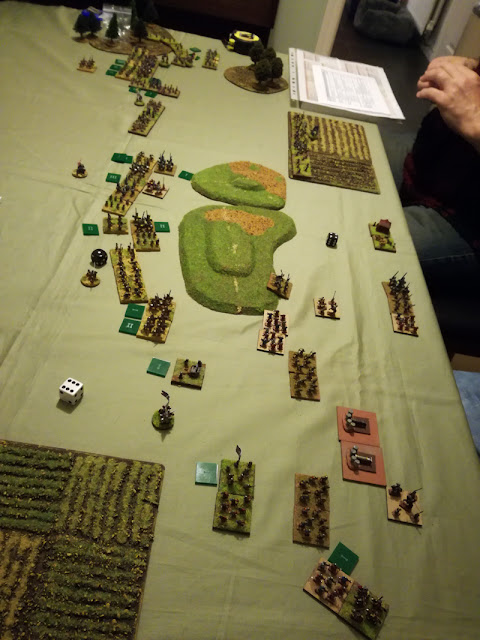 Meanwhile, the French cavalry go through the Yorkist centre and start to come out the other side! 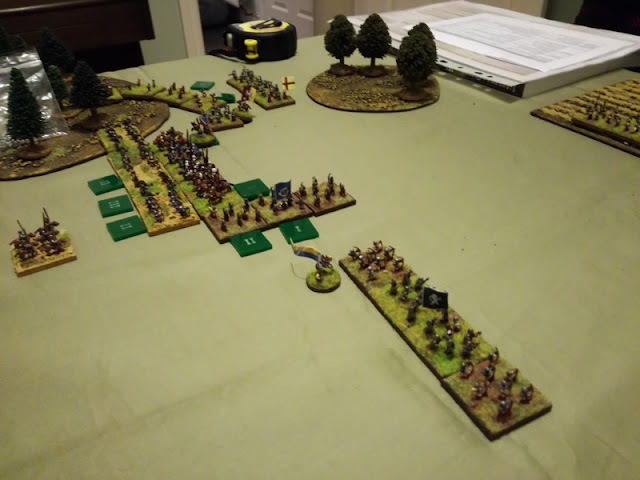 As the Swedish lord finally decides to commit, the Scandi cavalry is surrounded. 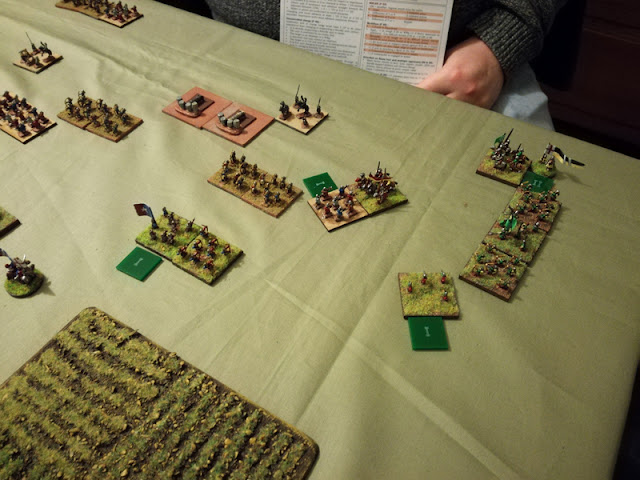 ... but not soon enough. My elite foot knights are obliterated by bombards and shot at by Gascon crossbowmen. My flanking maneuver finally routes some foes, but not enough of them. The English mounted knights at this end of the table stall their charge (command pips!) and take repeated volleys of crossbow bolts.

At this point we called the game. The Yorkists had not quite broken, but were well on the way. The Europeans were mauled, but not as badly as us. 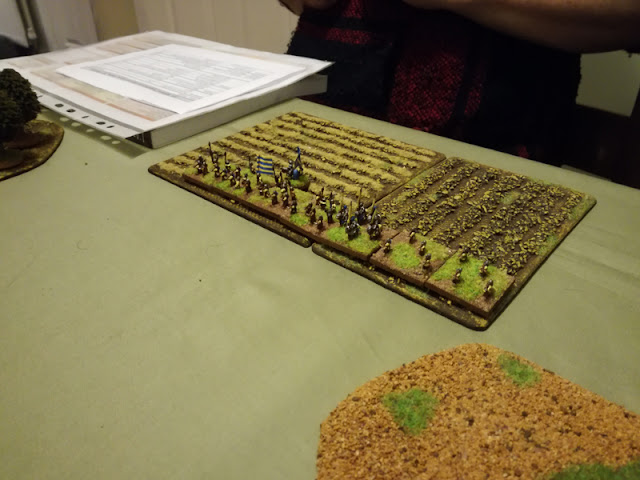 In the end, we called it a Swedish victory! The Swedish command was still untouched, and ready to sweep all others from the field. Unfortunately, the bloody nose received by the Yorkists on that field of battle left a cultural scar on the memories of its people. If they could not force Europe to their own will, then they would have no part of it in the future! Over 500 years later, we live with that legacy...