The king must die... 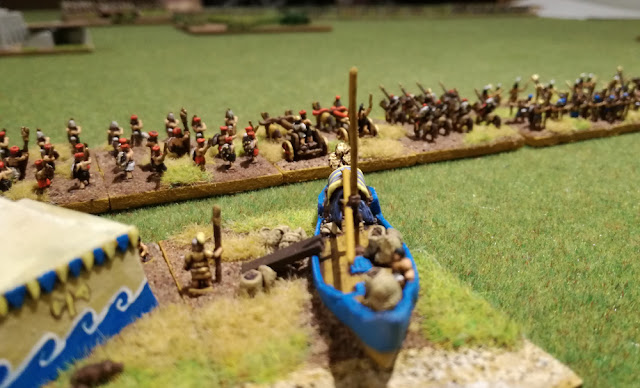 For the last outing of the year, my brave, bold and bronzed Bronze Age Cretans led by Minos the Younger took the field once more to raid and pillage the Egyptian delta. Against them were ranged the devious desert dogs of the Nile led by Andrewhotep and Leemose. The stage was set for another
game of L'Art de la Guerre. 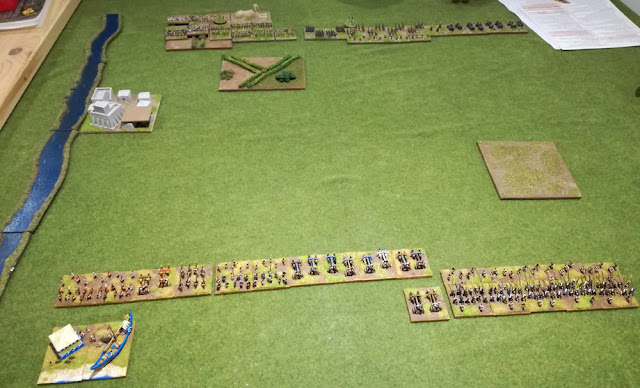 The open field of the Egyptian Delta (must have been the height of summer as the ground was firm underfoot) was broken only by a narrow river, a small settlement so insignificant as to have had its name forgotten by the historians, and three plowed fields. Taking some learning points from their last battle, this time the Minoans undertook no flank marches. The snarling Myrmidon allied command took up position on the Minoan right, opposite a much larger but significantly softer command of Egyptian medium infantry. The Minoan heavy chariot division, supported by medium spearmen occupied the centre opposite Pharaoh's Sherdan mercenaries, while the slow Minoan heavy spearmen held the right flank against the fleet chariot archers of Egypt. 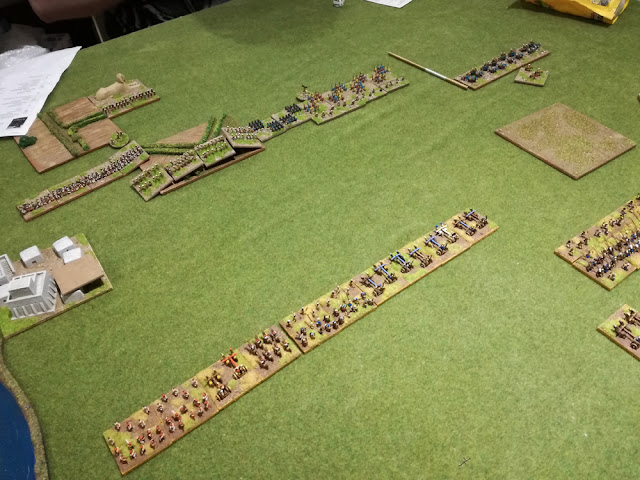 In the opening moves, the Egyptians threw forward a line of bowmen to the forward edge of the central field and advanced their chariots quickly towards the far left flank. As has come to be expected, the Egyptian asses carried their riders far ahead of the chariots, seeking to turn the Minoan flank. Minoan left and centre advanced cautiously. They neither wished to charge the archers in the field, nor stand around and get shot. The village held a potential ambush which slowed down any thoughts of desecrating its temple. The Minoan left held back not wanting to open the side gate to the Minoan line. The plan was to use the right hand field as an anchor for the line, but that meant not advancing too far from it. 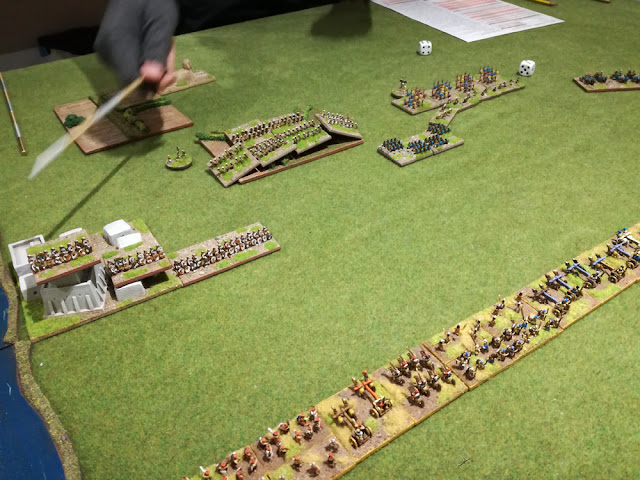 The Myrmidons sent their skirmishing archers to investigate the village. They entered it unopposed, calling the Egyptian bluff and proving there was no ambush. However, they had barely the chance to empty their bowels in the sacred bits of the temple when they were chased out again by indignant Egyptian spearmen. The skirmishers passed back through their own lines having achieved their main aim. The Egyptian line had been triggered and was now advancing from a strong position into the move evenly matched plain. 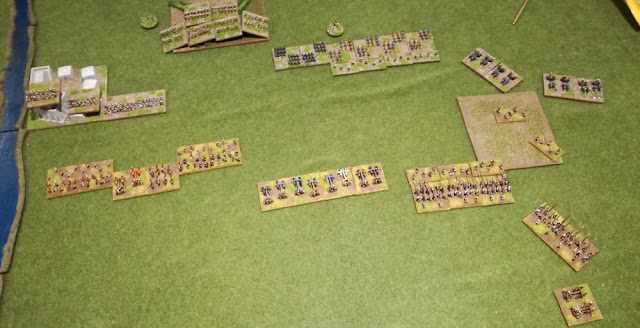 The Myrmidons commenced their advance against the Egyptian spearmen. The chariots moved more slowly forward, while the spearmen on the Minoan right started fancy manoeuvres to secure the end of the line around the field. 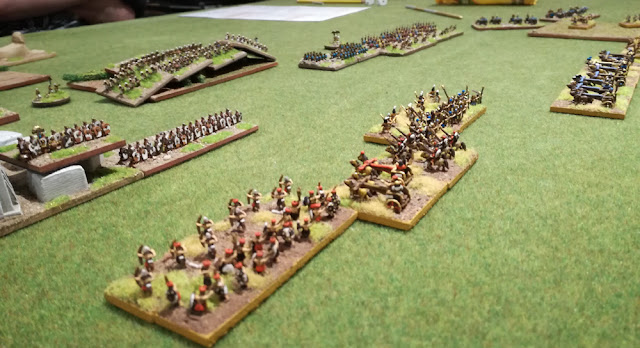 By this stage, the Sherdana had also started to advance. Either they were concerned that the Egyptian spearmen had broken the master plan by advancing, or they didn't want the spearmen having all the fun. Through the fog of war, it was sometimes hard to tell what the opposition were doing... 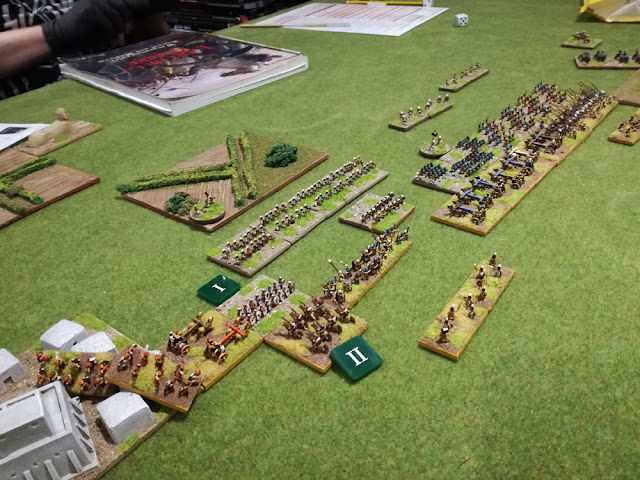 The Myrmidons rushed forward against the Egyptian spearmen holding the village, cut through them like.... a hot Myrmidon through butter, and pausing only long enough to defecate in the village kitchens, turned the Egyptian flank and started heading towards the centre. The only place the spearmen held was against the mediocre horsemen. I would have worried about their commitment to the battle had they fled there as well. 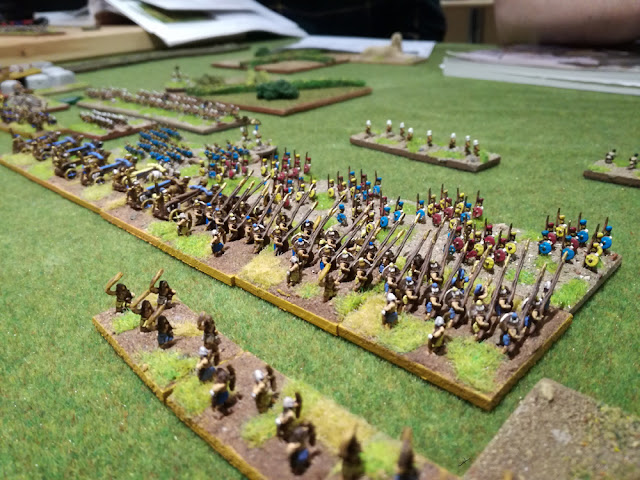 In the centre, Pharaoh's Sherdan mercenaries dashed in against the Minoan line, facing both heavy spearmen and heavy chariots. 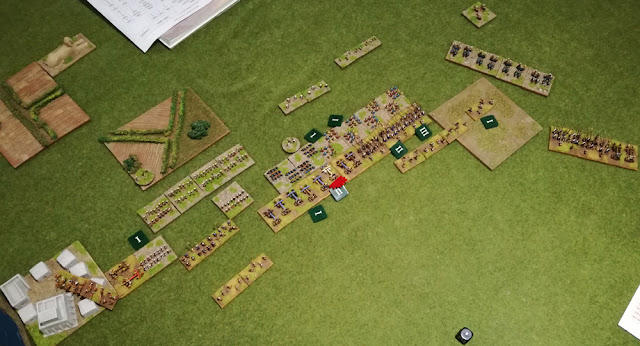 And then, in the first flush of youth and brimming with pride at the success of his first battle, young King Minos was slain. Again. I kill a lot of kings. Usually my own. Its kind of my thing. 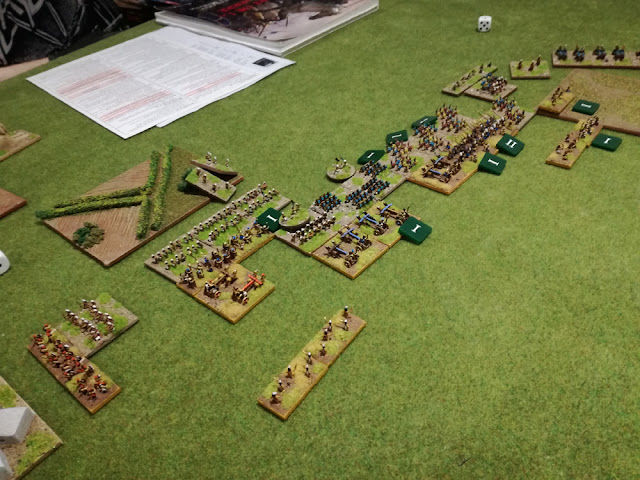 In the centre, the Sherdana were getting the better of the Minoan heavies, especially with the death of my general. However, the Myrmidons were slowly making their way in the help out. 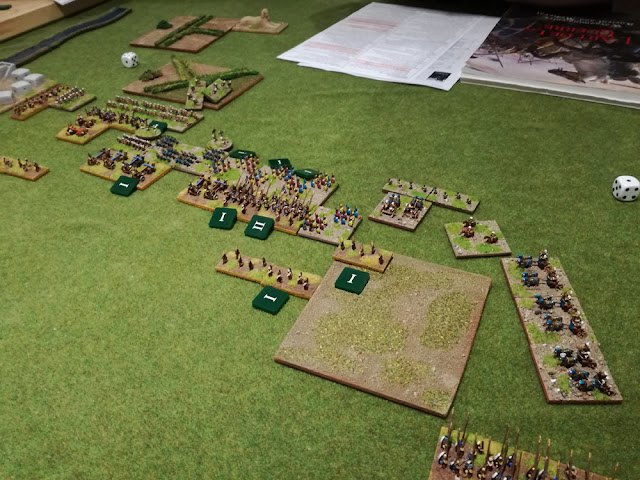 Over on the Minoan right, the spearmen send to guard the flank were steadily making their way round the face the Egyptian flanking force. Unfortunately, the Minoan skirmishers who were holding the field were suffering under the continual archery of Pharaoh's chariots. 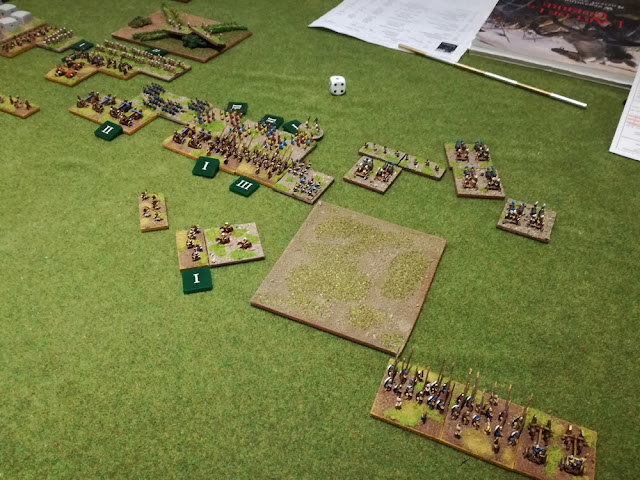 As the melee turned to bloody stalemate in the centre, the Egyptian chariots pulled back and their donkey-scouts charged across the open field, now empty of skirmishers. 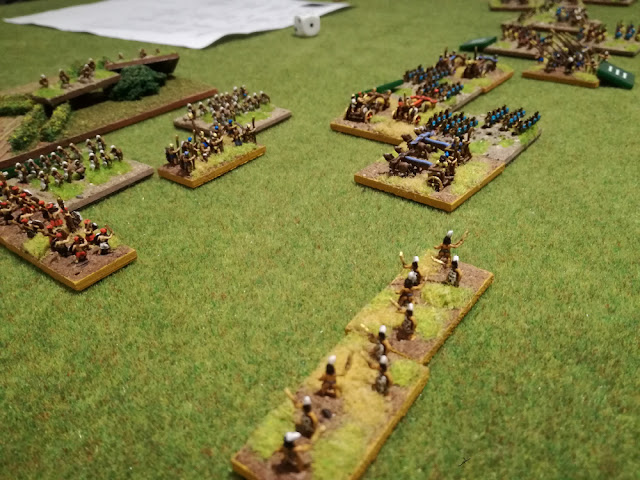 Having finished off the Egyptian speamen, axemen, and most of the archers, the Myrmidon commander in his heavy chariot finally reached the flank of the Sherdan guardsmen. The Minoans were hurting badly, but the Egyptian force was crumbling before the onslaught. Only blind stupidity could turn yet another glorious victory over Egypt into something worse.

"Hi, I don't know it we've me before? I'm Nic's recklesness. Mind if I make a few suggestions?" Yes Recklessness, we've met before. You killed my king, remember? "Oh yeah, that's right! Hey, why don't you charge his donkey scouts with your skirmishers?" Well, dear reader of this chronicle, the reason you can't see any skirmishers in the photo above, is because I engaged the damned donkeys in melee, and lost a six-one dice roll. The skirmishers went from being in fine fettle, to routing. Result at the end of the turn: Egyptians, 27 break points against the 26 needed to rout them; Minoans, 25 break points against the 25 needed for them to break. A bloody draw clutched from the jaws of victory. Well done to Andrew and Lee for another nail biting game!