I have, for now at least, completed my 10mm Early Macedonians. I was prompted by the forthcoming Men of Bronze to finally build a small force of pre-Philippic reform Macedonians - and army I always wanted but never got around to. MoB only uses a small number of units (4-6ish), but in order to have a range of options, I ended up with 10. By adding two commanders, I was able to make up a 250 point army for Hail Caesar as well - perfect for multiplayer games. 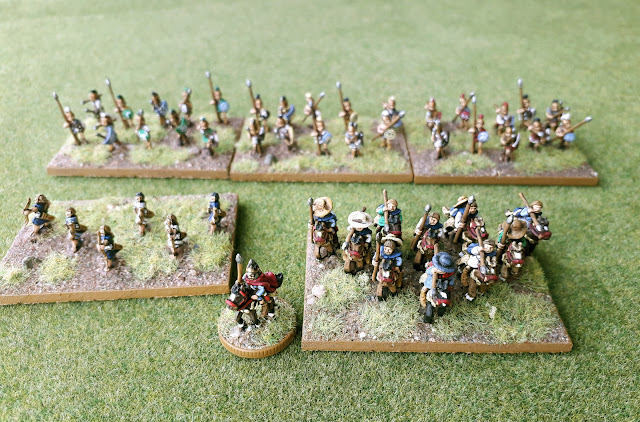 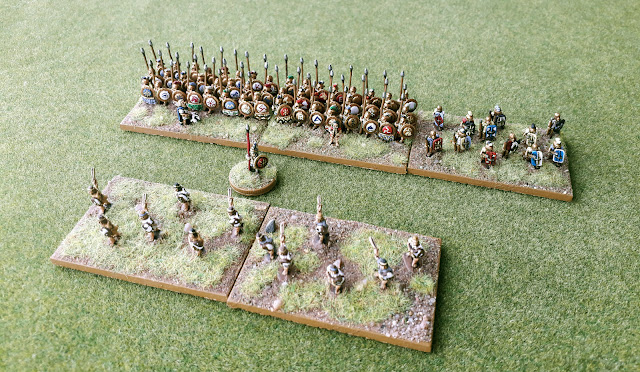 Macedonian 'heavy' division made up of the hoplites, Illyrians and slingers.

I've previously posted a range of photos and details of the different units. For more information, click on the links:


Breaking the army down into Men of Bronze forces, I am guestimating that I could run a large Macedonian army, or reasonably field two smaller forces. 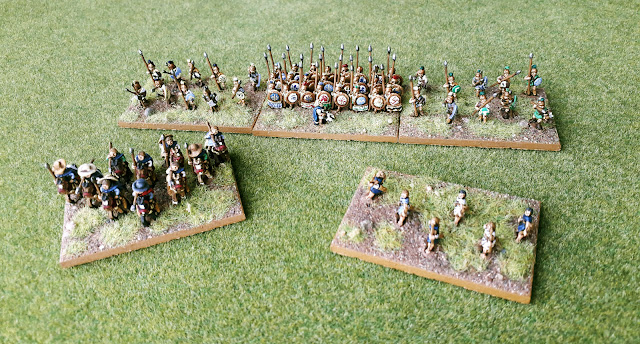 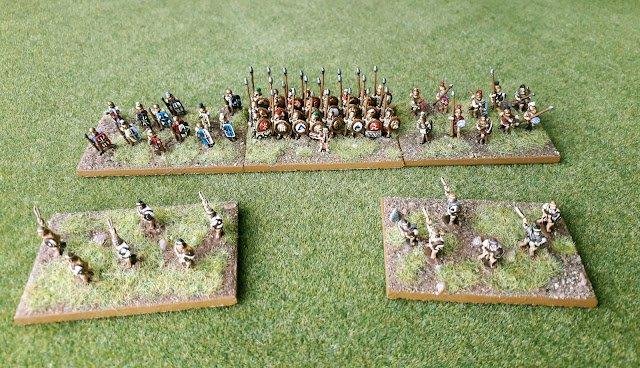