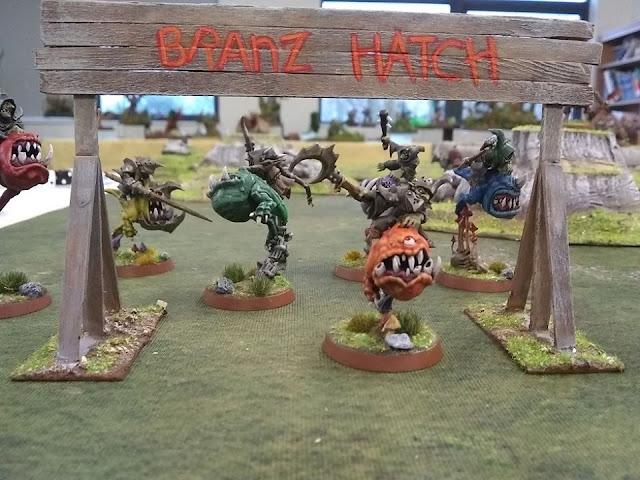 I'm truly honoured that Alex Woodrow chose to run a participation game of my racing game, Faustus Furius, at the Crusade wargaming convention in Penarth, in the Vale of Glamorgan. The rules were designed for fast and fun quasi-historical chariot racing, but were intentionally written to be played with whatever figures the players wanted to use. Below are a few of the photos and the brief report Alex posted on the Song of Blades and Heroes Facebook Group, re-posted with his permission. It looks like an absolutely fantastic set up! 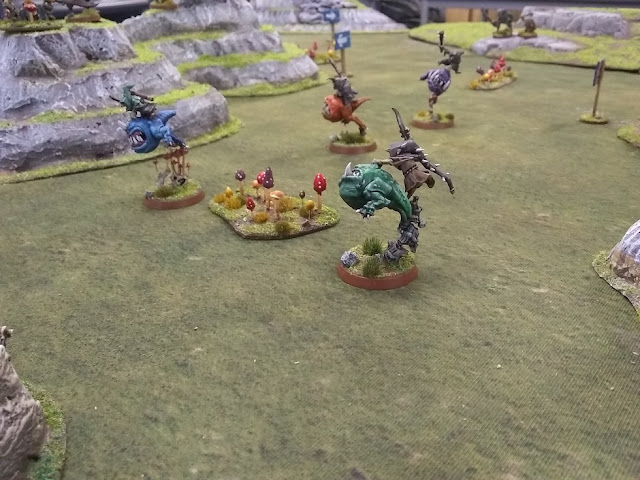 Squig Racing at Crusade 2020
Here are some pics of the Faustus Furius based game I ran today at the Crusade show in Penarth. The course was a figure of 8, just one lap as in testing we found two laps took a bit too long for a show game. One innovation I added was having a deck of cards for players to draw from if they crashed into a mushroom patch which each triggered some random psychedelic game effect. I had thought players would avoid these as they might avoid normal crashes, but in fact they loved them and deliberately ran into the mushrooms to create as much chaos as possible! The game went down really well, I ran it for 4 different groups of players, and two young lads said it was the best game they'd played at a show. It's the second of IW Nic 's Ganesha games I've run with great success, maybe I should do Paleo Diet next time for the hattrick? 😁 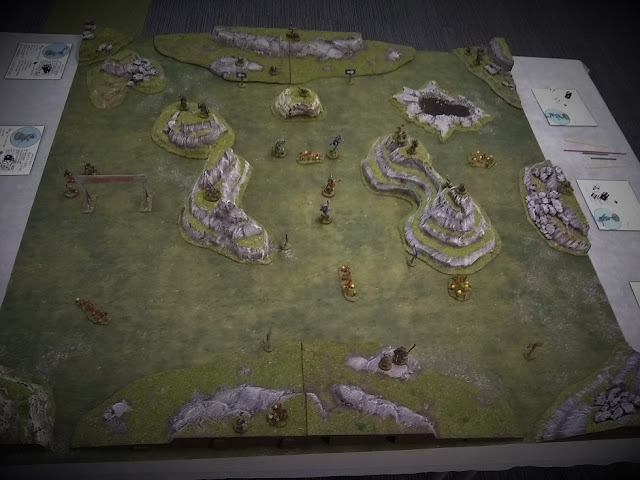 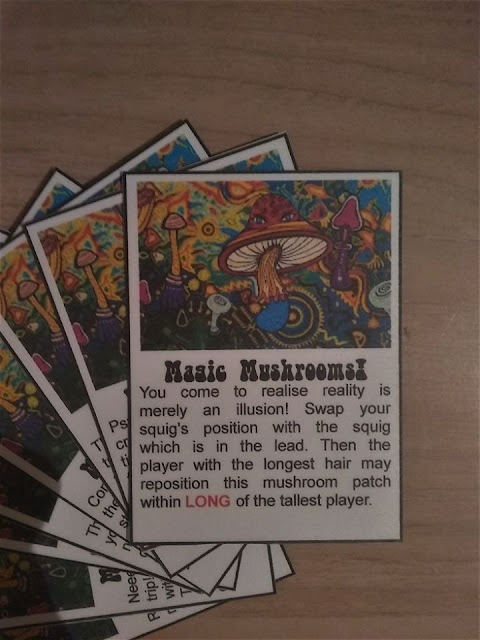 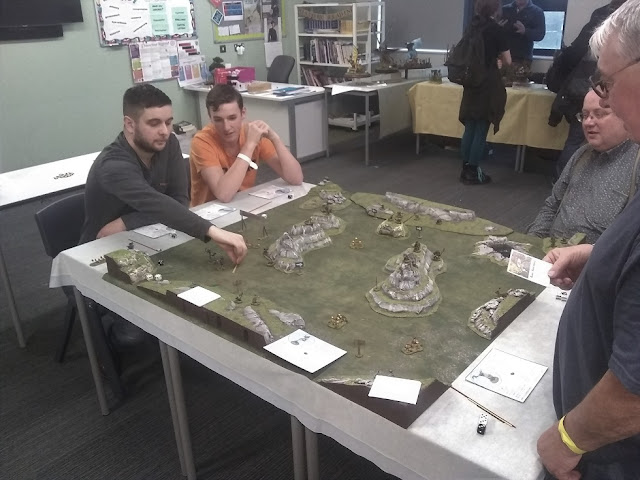 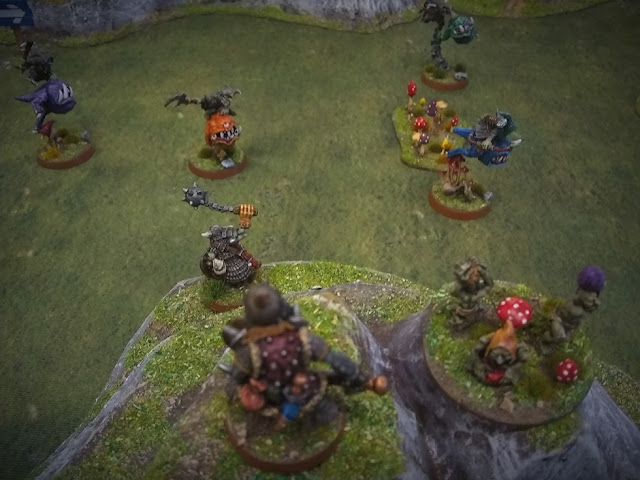