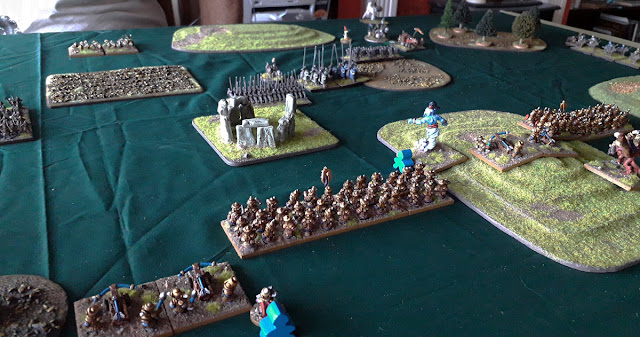 This week my Ziggurat dwarves had their first outing, taking on Jim's Byzernians (supported by a small halfling allied contingent) in a 1,000 point game of Fantastic Battles. Unfortunately the war correspondents did a lousy job capturing a full report of the battle, so we can only provide on summary reflections from the sources close to the respective warlords.

Thoughts from the dwarves: