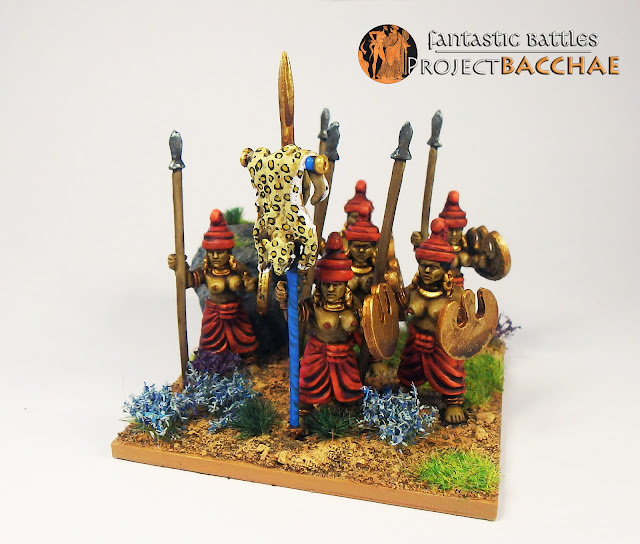 The next unit in the service of Dionysos are a company of Yakshis, recruited during his Indian campaign and formed into a company of probably-less-than-maidenly Maiden Guard. Stories of Dionysos' Indian war developed in the Hellenistic and Roman periods and elephants, as well as the odd Indian, feature occasionally in Dionysiac scenes. Dionysos and his train also feature prominently in Gandharan art. It was not much of a stretch then for me to want to press an Indian unit into service.
Yakshis, or yakshinis, were Indian nature spirits, akin to Greco-Roman nymphs. These ones are 28mm Indian Maiden Guard, previously sold by Sgt Major Miniatures, now owned by Thistle and Rose Miniatures. I was able to pick these ones up second-hand from Simon Millar (Big Red Bat).
They are gorgeous figures, but sadly there are only two sculpts. The make the unit more interesting I replaced their long shields with 'Maiden Guard shields' from 1stCorp Miniatures and scratch-built a completely hypothetical standard. 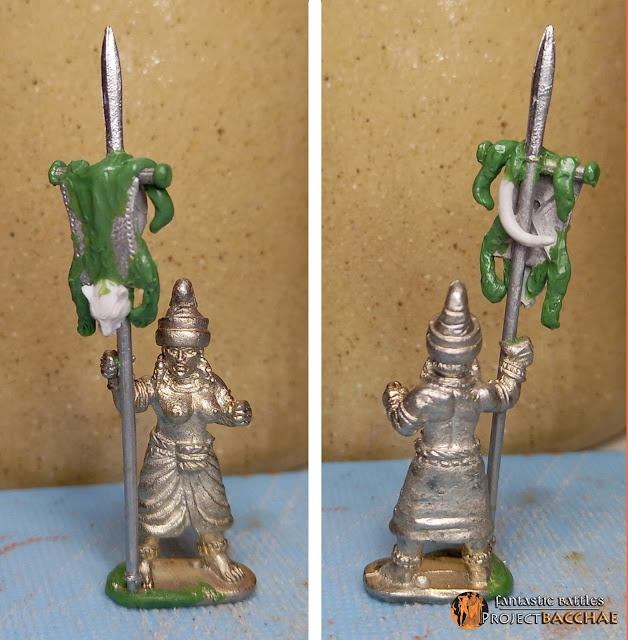 My current thinking is to field these as an Elite company, with the doughty, fast and proud traits. Although they are equipped with spears, I don't really think their irregular formation lends itself to giving them the long spears trait. Sure, we'll see how the army comes together.