WarGods of Olympus Kickstarter comes through!

Now, I'm not one to get caught up in the excitement of kickstarters (on this matter, please ignore my previous post) but by golly I was impressed by the WarGods of Olympus kickstarter from Crocidile Games which ran earlier this year. Once again, I was not sold on the game as such - not that I know much about it but I steer away from any game which requires miniatures from only select manufacturers - but I was sold on the figures themselves.

I was one of 34 backers who signed up at the Painter x2 reward level which cost me US$30 and bought me two so-called demigods, pdfs of all Crocodile Games rule sets and any other specified bonuses that wanted to come my way should the project be funded. Well funded it was. In all, 544 people backed the kickstarter raising US$147,194 for the project. They set out looking for a minimum of USD$25,000, so I'd say that was something of a success.

I decided to back the project because I have, in the past, found it hard to find aesthetically pleasing miniatures of Greek gods, and that is just what the Croc. Games demigods are - or at least, that is what they are based on. I chose Apollo and Artemis and received a mechanical owl for my trouble as a reward. 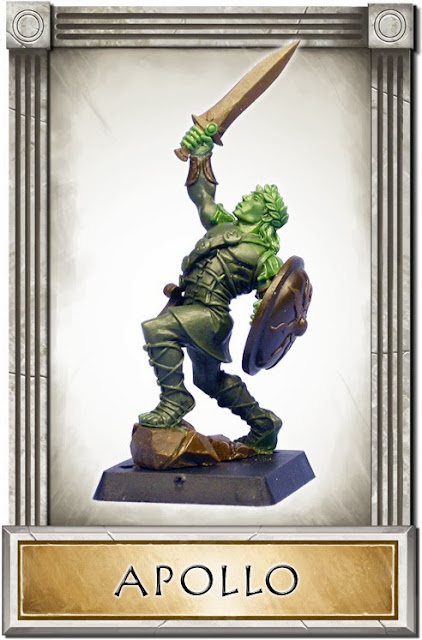 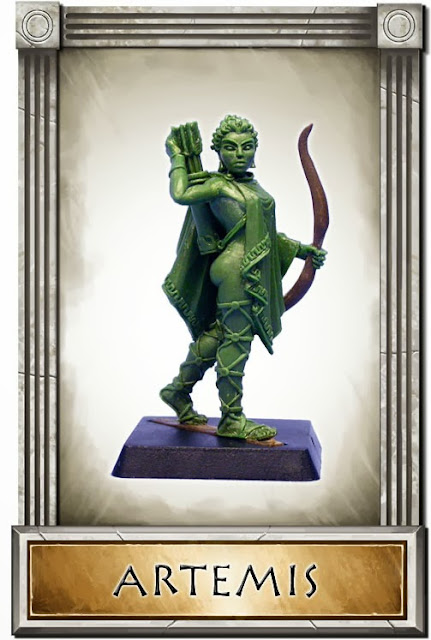 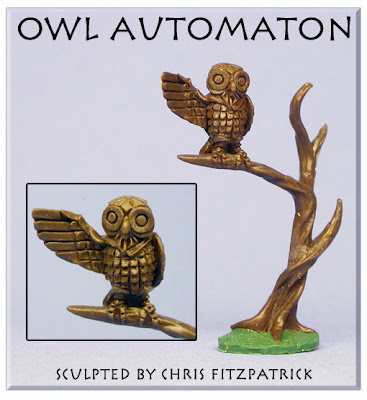 The wee owl is clearly inspired by Bubo, Athena's pet from the Harryhausen classic, Clash of the Titans (1981) and I'm pleased to say that he made a cameo on the tripe of a remake (2010) as well. 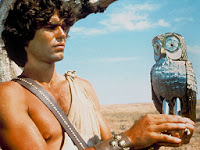 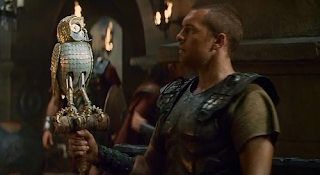 The kickstarter suggested that products would ship in September but I really didn't expect to see anything in-hand this year; and yet here they are. They were not the cheapest figures I've ever bought, but the sculpting is characterful, the casting is crisp, the figures are pretty damn fantastic all told. Very pleased that I helped this company to produce their fairly niche product - now isn't that the pot calling the kettle black. = )

Here they are for scale alongside a satyr from Eureka and a Macedonian officer from 1st Corp. I think Pan has been caught having a bit of a stare at Artemis there, but what does she expect, walking around dressed like that? I figure that I will run my two gods as a fully illegal, two model, 300 point warband for Song of Blades and Heroes. They could never be used legally in a competition as I want them to both be immortals which is a personality trait. Sure, we'll see what happens. The owl on the branch will likely end up as a scenery piece.