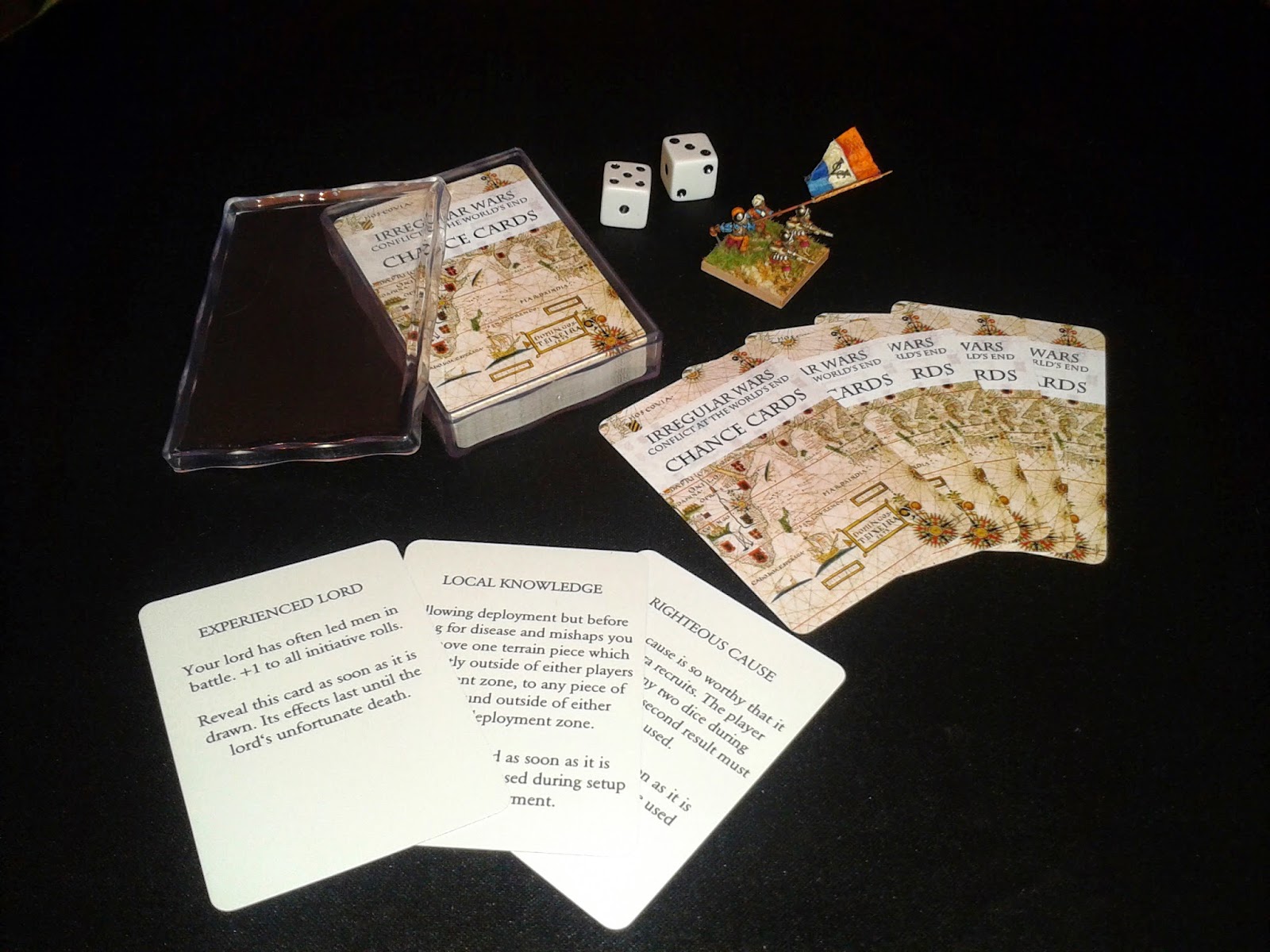 The new edition of Irregular Wars is designed to be played with a deck of 52 chance cards. Playing without the chance cards is certainly possible, although we feel that their inclusion will add a little more period flavour to the game. They represent different personal traits of the lord, specialist officers, unusual battlefield conditions and other random events such as the chance of a rain storm to ruin your plans, or the presence of traitors in your enemies camp.

Three cards are drawn randomly for each lord after they have decided upon their faction, but before they have begun recruiting their army. Some cards are revealed as soon as they are are drawn; these cards generally effect the pre-game phases such as recruitment, terrain set up or deployment. Others are be kept secret from the opposing player(s) until such time as they are used. 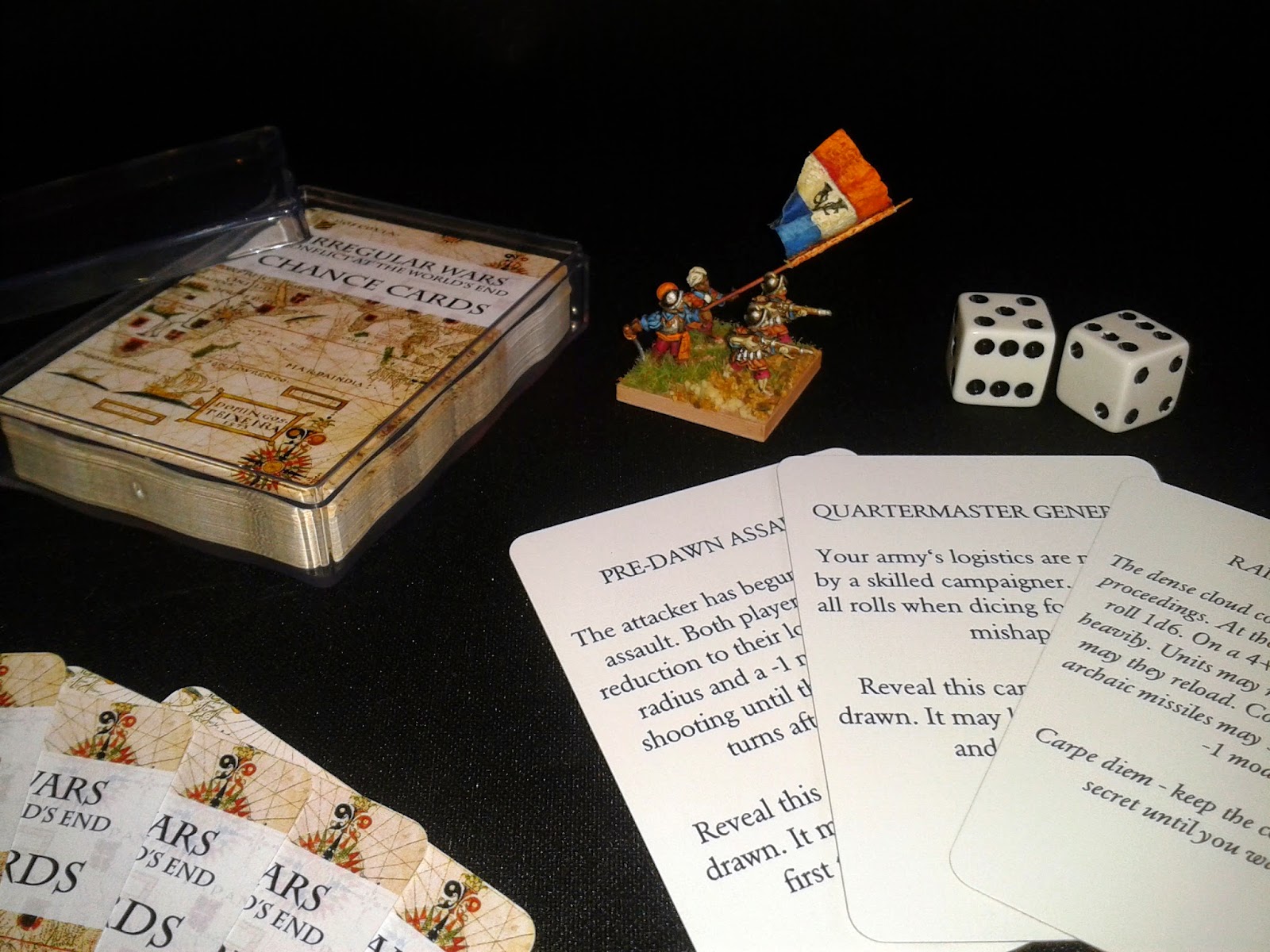 The text for all of the cards will be provided at the end of the rule book. Players will be free to copy the text as they like and apply it to an existing deck of playing cards. However, For those aesthetes (like myself) who would prefer a customised deck of Irregular Wars chance cards, I have designed a deck that can be produced on demand and made available at cost price plus postage.