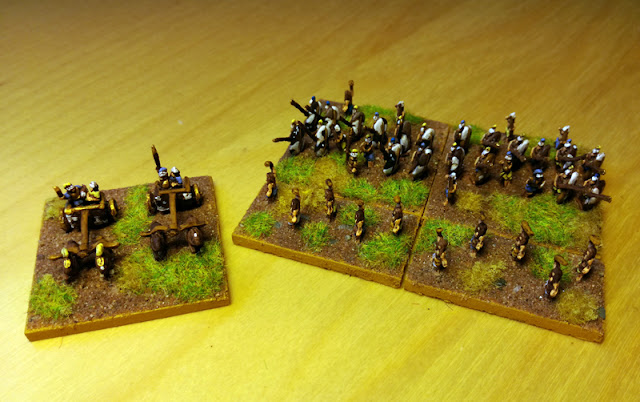 In lucid moments between savage bouts of coughing, I've managed, just, to finish up a few more units of 6mm Minoans for my L'Art de la Guerre Mycenaean/Minoan army. I only have six units left to do before the army is finished, but with each one taking so much time and effort while I'm down with the super-mega-power-flu, I wanted to post a wee work in progress shot so I can feel like I've achieved something... All models are Rapier 6mm Trojans. 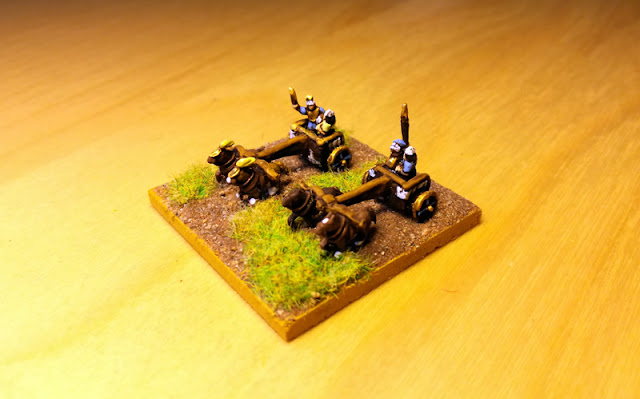 My third commander, attached to a unit of heavy chariots. 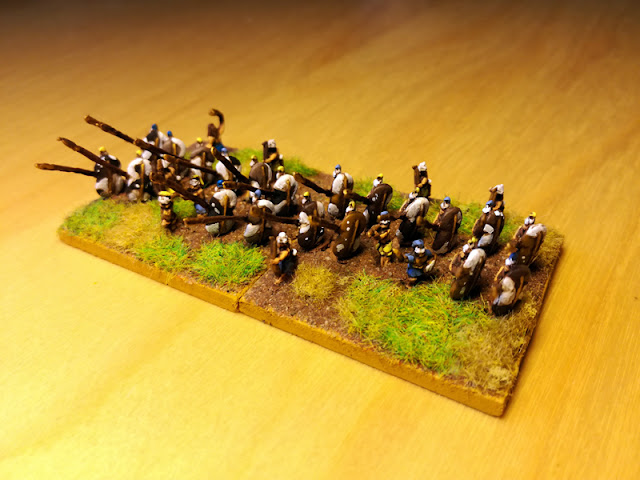 Two units of heavy spearmen with missile support and pavises. Given the option of fully kitting out my heavy infantry, I was inspired by the so-called 'Lion Hunt' dagger from Myceneae, to integrate archers (and slingers) among the spearmen rather than in a single rank behind them. I know the dagger shows a hunting scene, but (from memory) Homer describes the same sort of scene - Teukros firing his bow from the shelter of Ajax's shield in the Illiad - so I went with it. 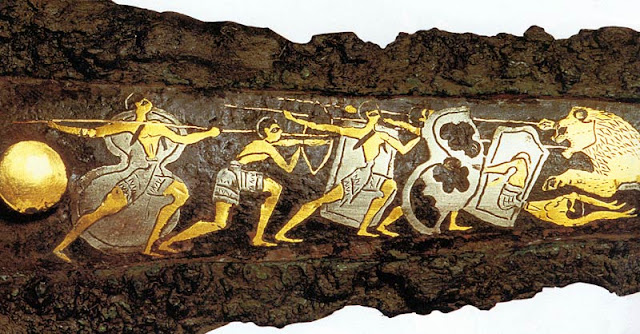 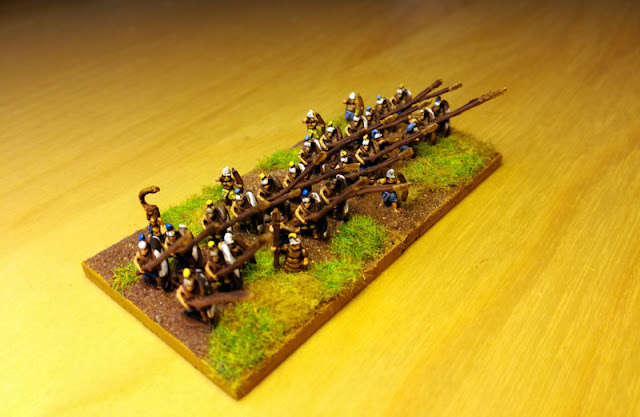 Each base has 10 spearmen, a musician, an officer, and three skirmishers (a couple behind, and one among the spearmen). I will further mix up the positioning of the skirmishers on the other bases. 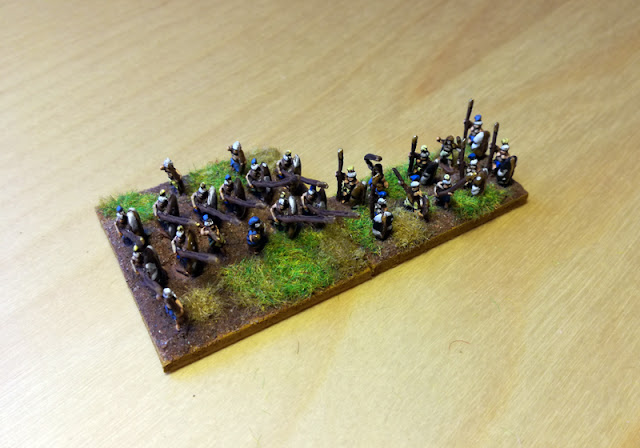 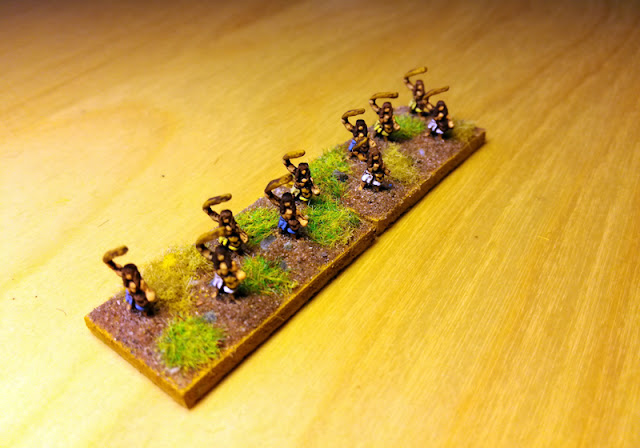 My two bases of slingers. It is a shame there is only one sculpt in the pack, but the sculpt is suburb. Who sculpts pecs and abs on 6mm figures!?