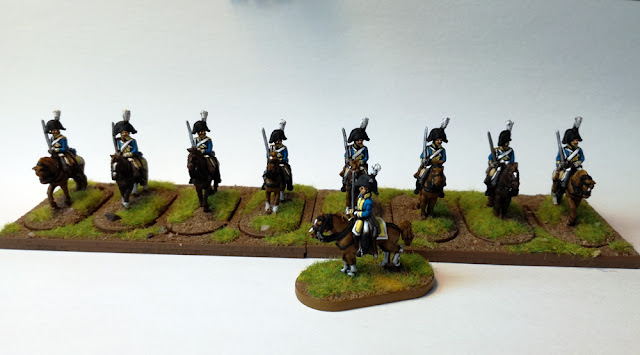 Many, many, months after applying the first paint to them, I have finally finished my first, and I can assure you dear reader, my only, unit of 15mm Napoleonic cavalry - a single group of Prussian dragoons for Sharp Practice 2. These are beautifully sculpted AB Prussians from their 1806 range and like all AB figures, it is hard to do them justice. That said, these just took me so long, and I got dispirited along the way, heralding further delays. I have come to the conclusion that life is too short for me to paint Napoleonic cavalry at this scale. 6mm, perhaps, but not 15mm. And these aren't even fancy lads like hussars!

This small patrol is led by Cornette von der Burg and will, hopefully, provide some interesting support to my otherwise skirmisher-heavy Prussians led by Kapitän Fuchs.

The illegitimate scion of a noble house of the Rhineland, Fredrick Wilhem von der Burg was raised by a distant cousin in Magdeburg and seeks, someday, to establish his own place among Prussia’s military elite. Although young, he is known to act in an honourable manner in keeping with his aspirations. He is of average stamp, fair of face and maintains an affable, well-meaning air at all times. 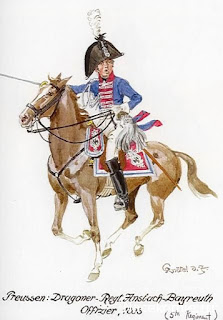 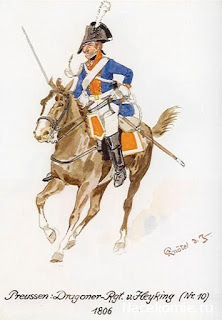 Some inspiration for the painting by Knötel. 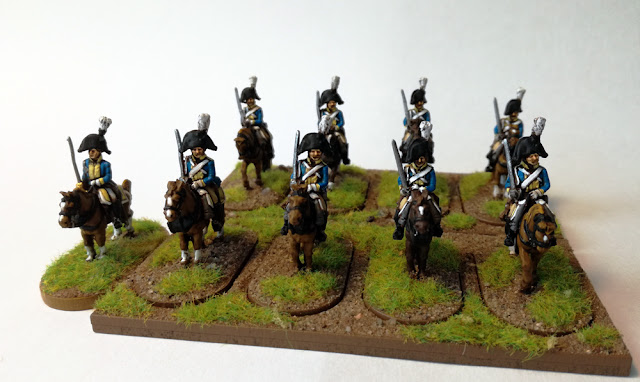