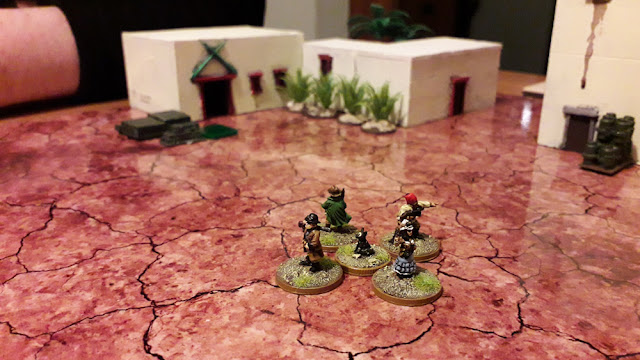 Aiming to release the expansion in the first half of next year, we're hesitant about giving too much away before the game is in the final form. What I can hint strongly at, however, is that there are three broad pulp genres that the expansion will provide rules for: lost world dinosaur hunting, curse of the mummy, and cultists and gangsters. 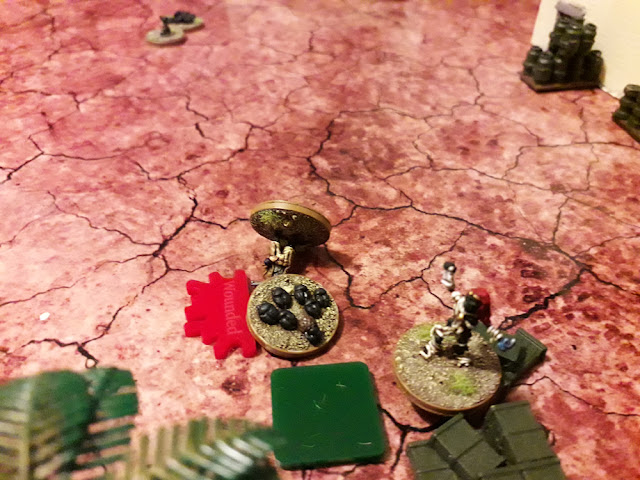 Injured by the mummified priestess, Captain Jean Claude 'Foreign Johnny' van Damme is overcome by a swarm of scarab beetles. 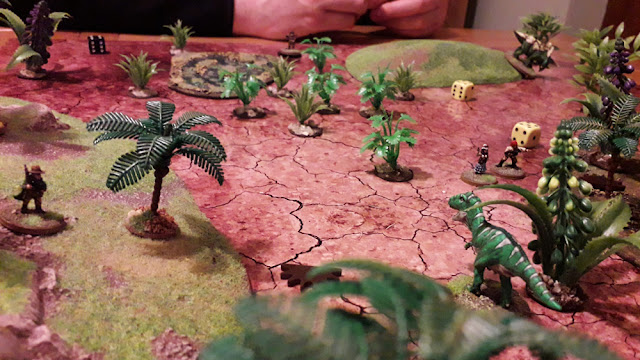 The adventurers attempt to seize eggs from dinosaur nests - all the time trying to avoid the mummy-dinos and their big teeth. 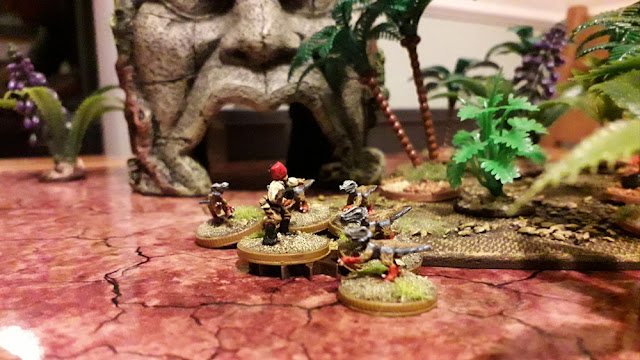 Omar tries to leave a raptor nest with an egg, but makes too much noise as he exits the thicket. 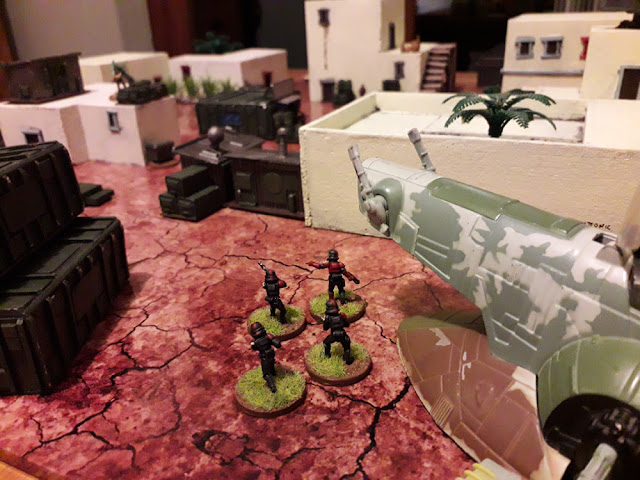 A special forces fire-team lands on the outskirts of town and deploy to retrieve an important droid stolen by space-pirate scum. 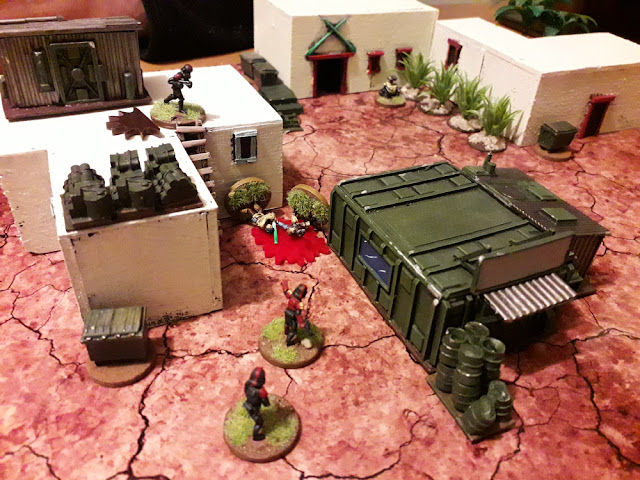 This game was a hilarious bloodbath with the space-pirate witch doctor summoning multiple additional goods before being gunned down by two of the fire-team with SMGs. The special forces lost their rifleman, but retrieved the droid and then carried their comrade's body back to the extraction point.