The Grand Duchy of Cheddar for Fantastic Battles 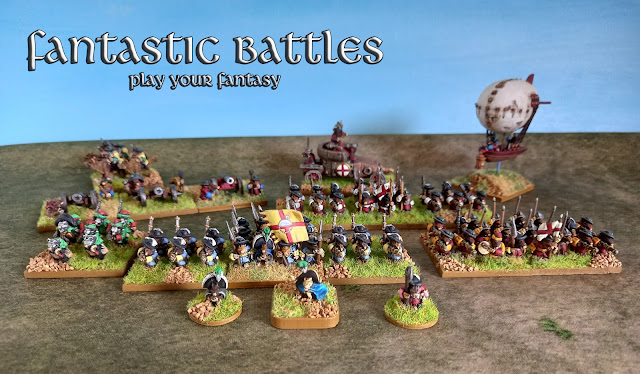 I'm pleased to be able to showcase a new 800 point army for Fantastic Battles, the Grand Duchy of Cheddar. This is actually the fourth iteration of the Ducal army - and the original figures were painted about 10 years ago. Originally based for skirmishing games, it was rebased and provided with background fluff for HotT, and then expanded (models and fluff) and rebased for Kings of War. The most recent rebasing and expansion brings it into line for Fantastic Battles.
The figures are a combination of Pendraken and Kallistra with a scratch-built airship. It is nominally 10mm, but I feel the rats are too hulking at that scale and work far better in 15mm. The toughest bit about working on such an old army was trying to match the bases (I'd like to think my technique has moved on a little over the years). 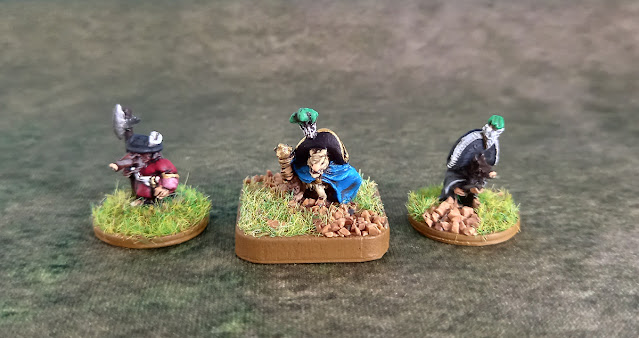 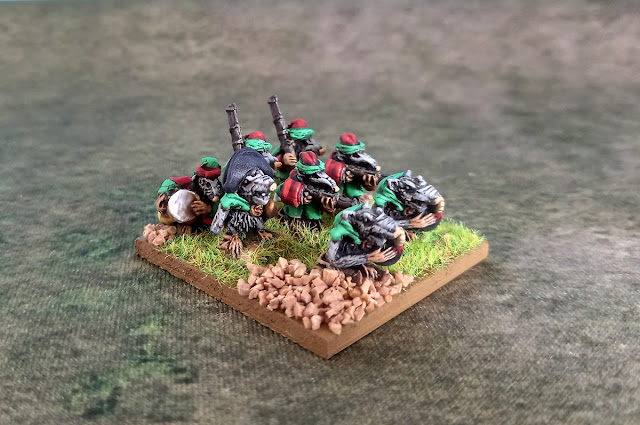 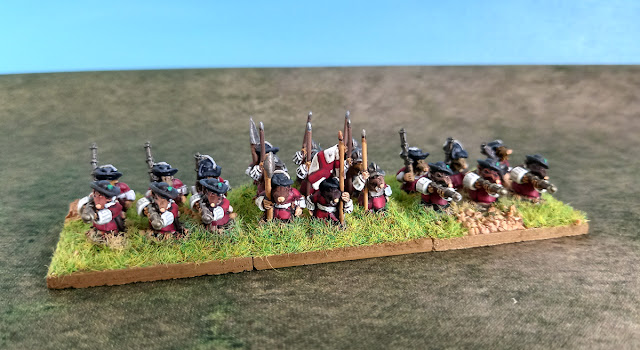 Regiment of Foote with more shot than pikes. 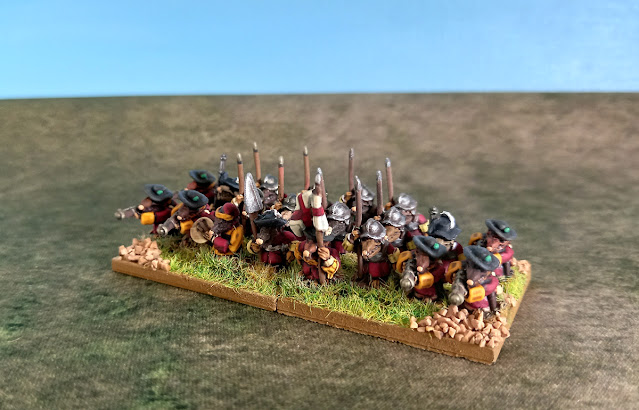 Regiment of Foote with more pikes than shot. 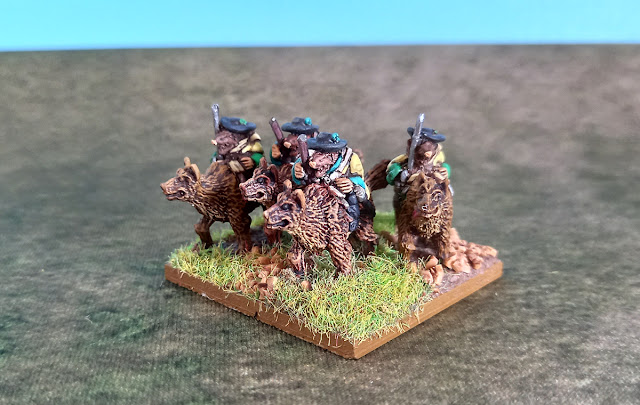 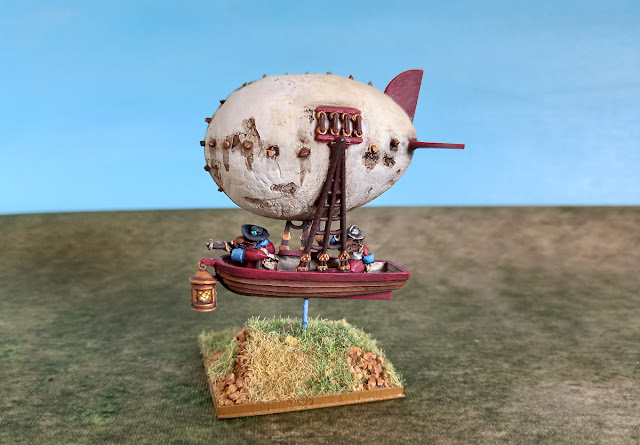 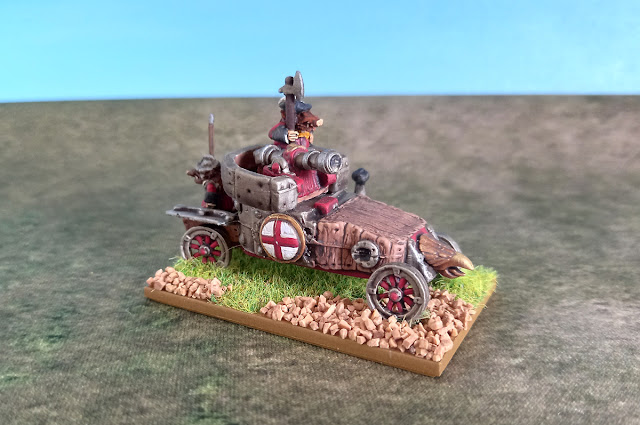 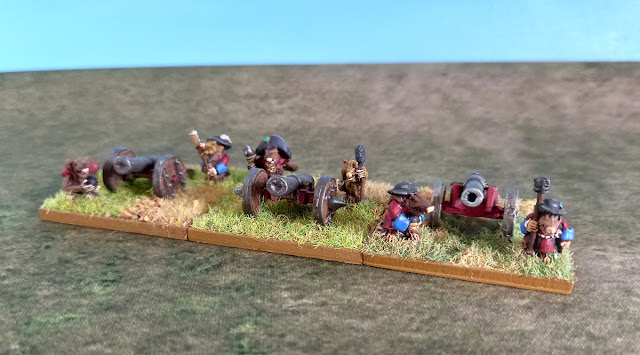