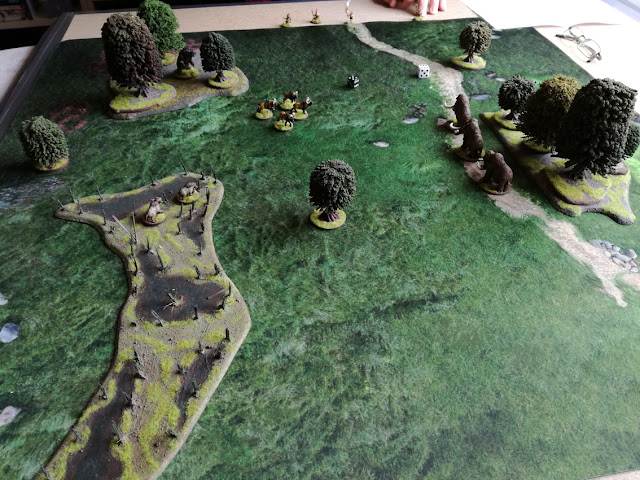 This week I managed a sneaky day-time game of Palaeo Diet with Jim. He had backed the last Ganesha Advanced Song of Blades... kickstarter and rolled out the Ganesha game mat that was one of the KS add-ons. I hadn't seen one in the flesh before and was very impressed.

We started with beasts of each category spread out on the table: three mammoths, four goats, two boar and a bear. Jim was the tribal elder and took an ambitious four hunters - Ogg the Stalker (spear), Ferg (fire), Frygga (spear) and Tark (bow). I ran a more manageable three hunters, Rarr the Thinker (club), Bow (bow and Idd the hound), and Urgg (spear). 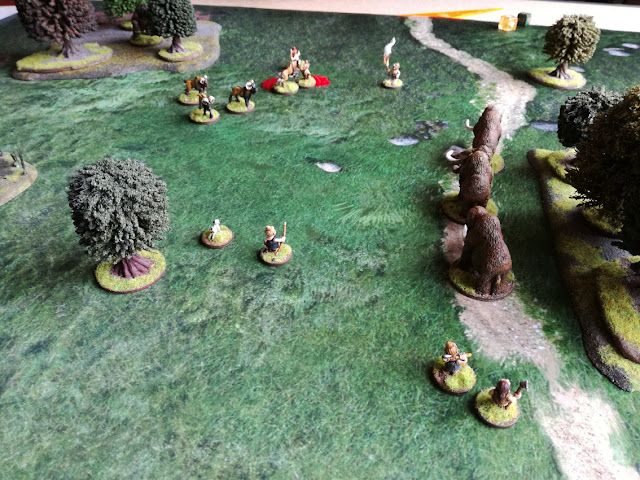 In the opening turns, Jim's hunters were far more adventurous and got straight into spear throwing and arrow pelting. The leading goat was hit with an arrow and, looking up to see a snarling Frygga, took the unlikely option of charging her! 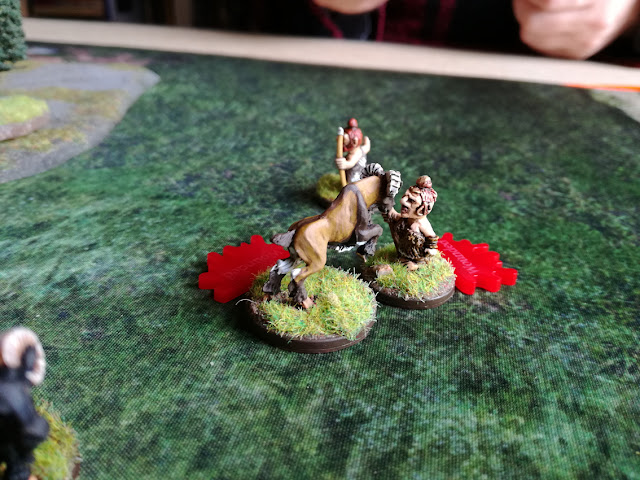 Even more unlikely, she failed to get out of the way and took a headbutt in the butt. Well, the front really, but I just wanted to write butt again. One of those days. Butt. 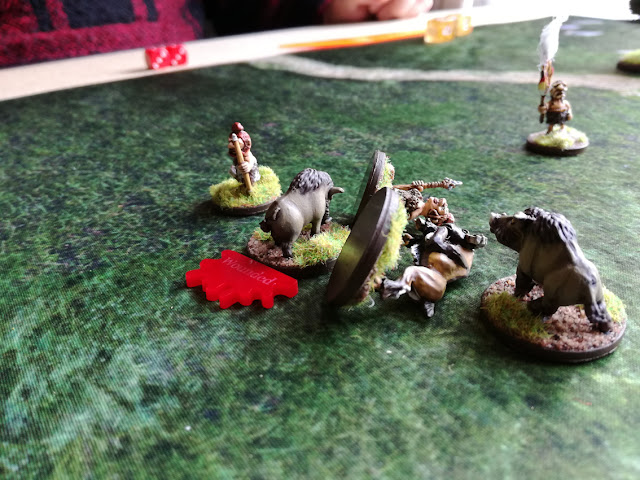 Frygga took down the goat with her next spear. Unfortunately, all that spilt blood drew the boars out of their swamp. One of the boars was wounded (again by Tark the bowman I think), but reacted by charging into Frygga and finishing her off. 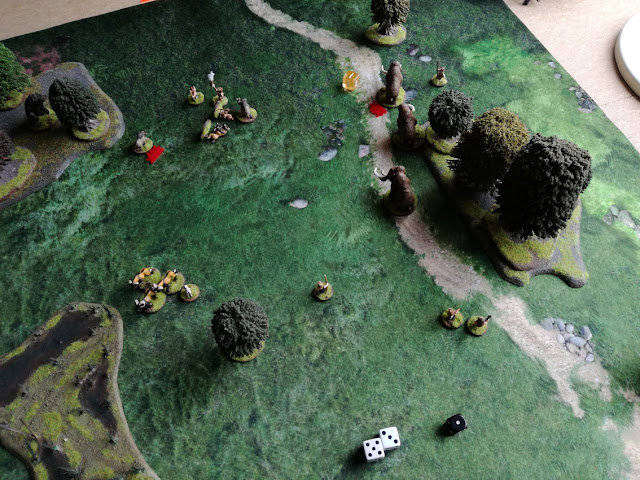 Meanwhile, Ogg had been taunting mammoths. He wounded one, but promptly ran away from its angry trumpeting. My hunters had been finding it difficult to activate, and Idd the hound was off doing its own thing, chasing goats and being a general nuisance. 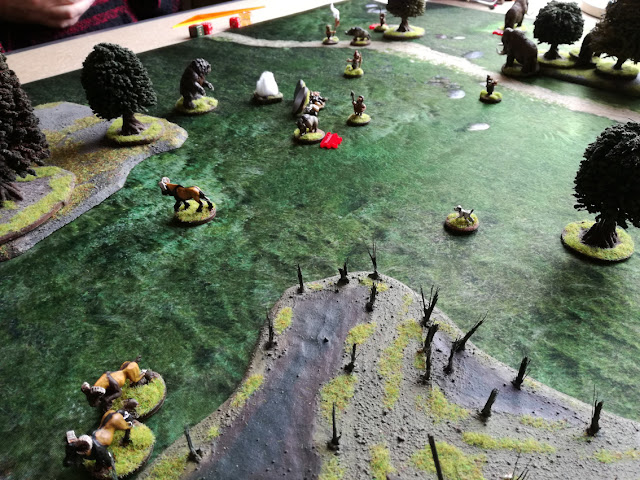 Some almost-equally-poor activation rolls on Jim's side of the valley prompted the bear to come ambling out of the woods for a nosy. Fergg lay down a ground fire in front of the bear and then took to his heals, hoping to get around between the mammoths and the table edge (that they kept moving towards).

Urgg and Rarr had finally made there way towards the action by this stage. While Urgg tried to take down the wounded boar, Rarr tried to sneak up on a cranky mammoth. The mammoths heard him coming and he was unable to avoid a wounding blow from a tusk. 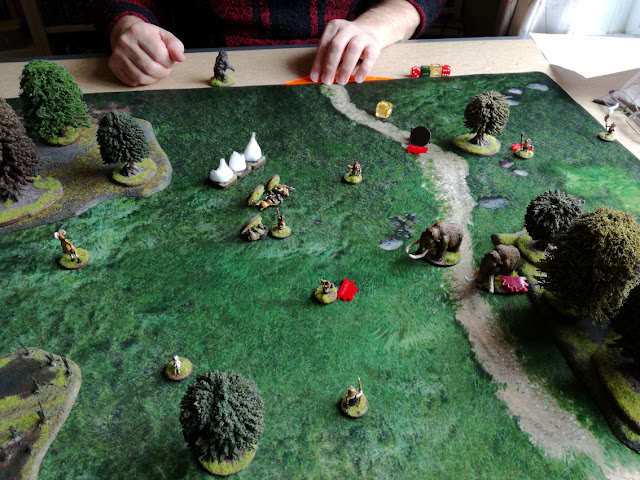 As Rarr ran off, Urgg took down the wounded boar, while Tark and Ogg together killed the second boar. The ground fire started spreading towards the bear which ran off the table. By now we had killed six bulk worth of beasts (one goat and the two boars), which was enough for our six remaining hunters to call it a conditional win. On the flip side, we did manage to kill off our tribes last female, so... maybe not what you would call a strategic win in the grand scheme of things.