ProjectTROY - quit staring at my ass! 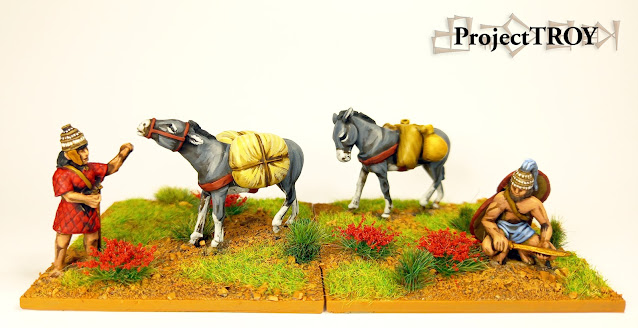 Finishing off phase 2 of ProjectTROY is the Trojan mule train/camp, previewed earlier in the month. Simple, but I reckon it'll be effective enough. And by having the chap with the sword I can even stretch friendships like claiming it is a fortified camp!

I am by-no-means suggesting this is the end of the army, but I now have enough Trojans for a 1200 point army for Fantastic Battles, 200 points in l'Art de la Guerre, and two large (or three small) commands for Hail Caesar, so time to turn my attention to other projects - at least for a while. 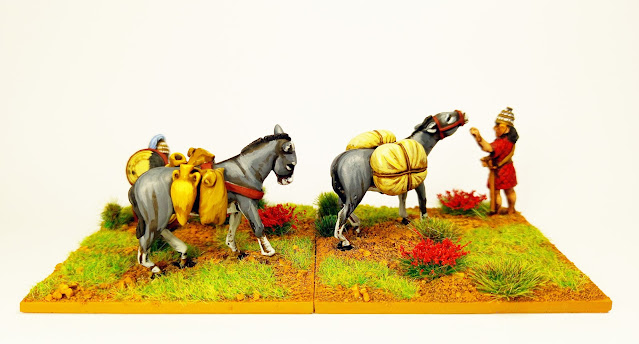