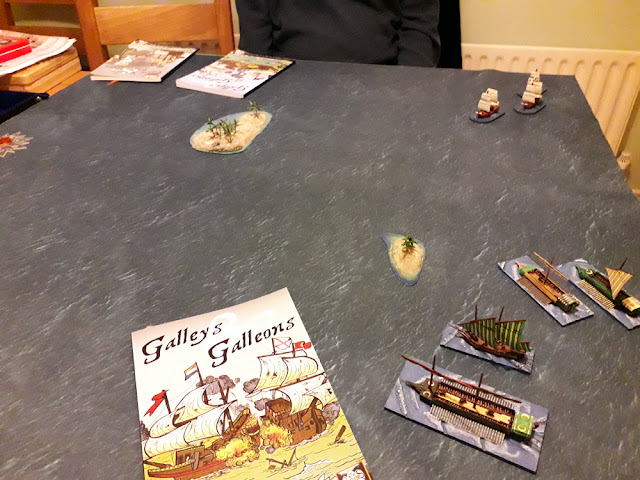 Somewhere off the coast of Africa, Capitane Cadieux's Breton adventurers sailed directly into the path of a squadron of Barbary corsars. The 200 point Breton flotilla was made up of the frigate, La Fricatrice; the fluyt, La Flûte à Bec; and the sloop, L'Antelope. I am reliably informed that the first is a dirty pun on frigate, the second is the French word for a recorder (woodwind) and the third is a French translation of the name of the sloop in the Stan Rogers song, Barrett's Privateers. The Barbary Corsairs (also 200 points)were sailing/rowing in the galley, Sultana; the galliots, Emir and Pasha; and the xebec, Zenobie. 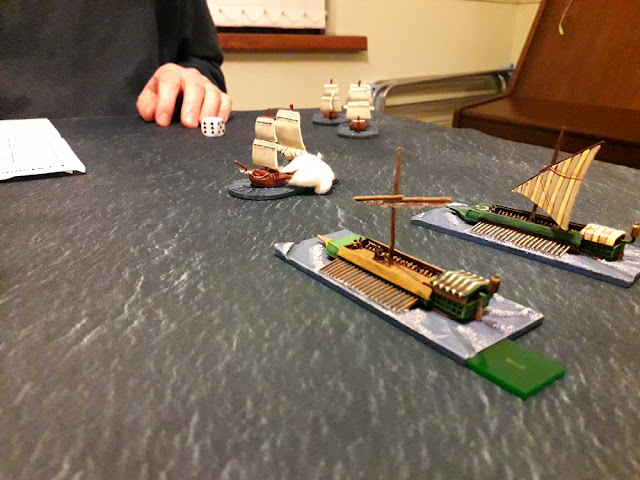 As the Emir and Pasha rowed straight towards the Bretons, the La Fricatrice opened fire at the Pasha, causing noticeable hull damage. 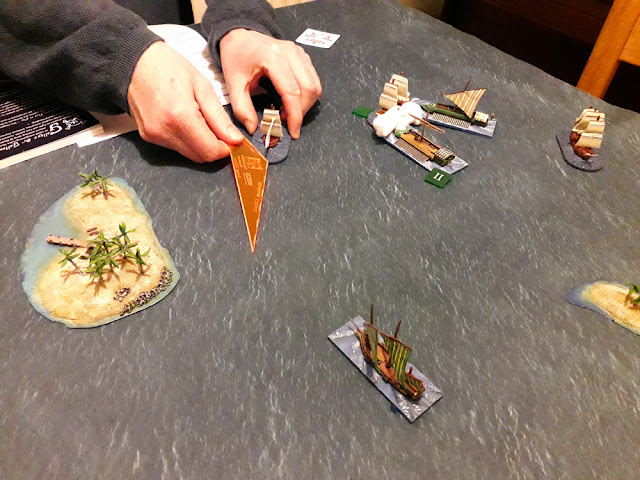 Unimpressed by taking fire, both galliots surged forward, firing from their bow guns before launching successive savage boarding actions. The Pasha received further damage in the attack, but the crew of the La Fricatrice were intimidated enough to surrender after the initial assault. Meanwhile, the L'Antelope sailed around the far side of the swirling boarding action and the La Flûte à Bec turned to swing around the near side. 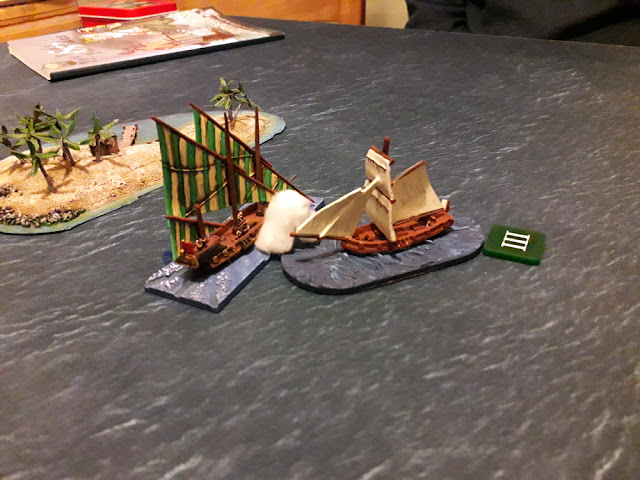 Making the most of the wind, the Zenobie sailed across the bow of the Breton sloop, L'Antelope, raking her with devastating effect. 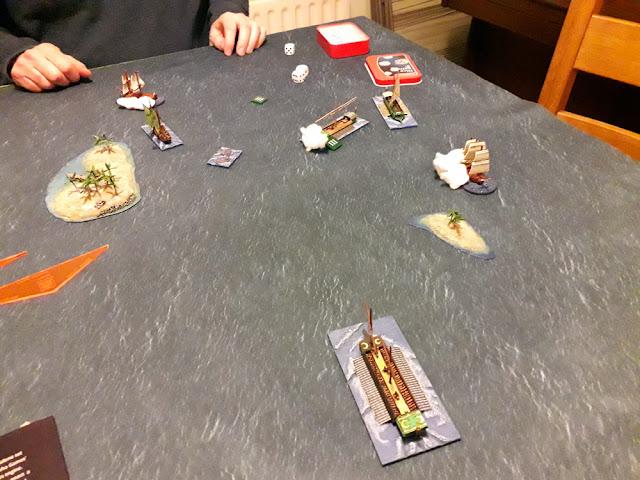 Not waiting for the L'Antelope to collide with the Zenobie, the damages Pasha sent a prize crew across the the frigate, and then turned to open fire on the L'Antelope, striking her below the water and causing her to sink. The last Breton vessel, the fluyt, La Flûte à Bec turned to flee, firing ineffectually at the Emir which turn in pursuit. The larger Barbary galley, Sultana, turned to slowly around, trying to be of some use, but finding herself too sluggish to keep up. 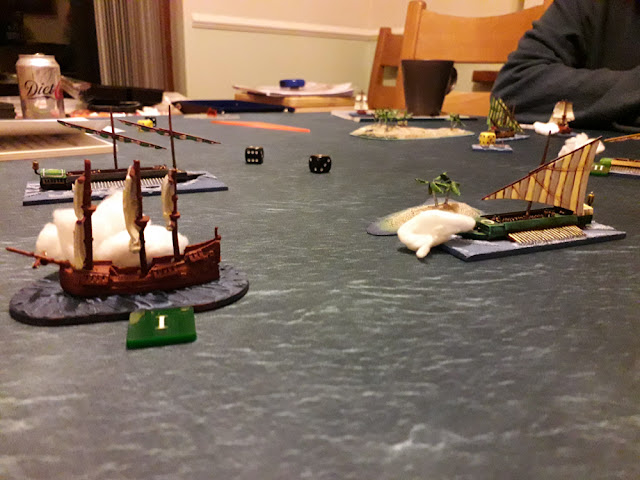 As the sun started to slip towards the horizon, the Breton fluyt  slunk out of range of the Barbary guns - but not before taking hull damage and having her capitaine struck down as he stood on the poop deck.

For a chance encounter, it all went surprisingly smoothly for the corsairs. The valuable frigate La Fricatrice taken as a prize, and the remains of the sloop able to be salvaged. For the poor Bretons, only the fluyt managed to escape, and not without damage. At least her commander can be brought home in a barrel of brandy rather than in disgrace...