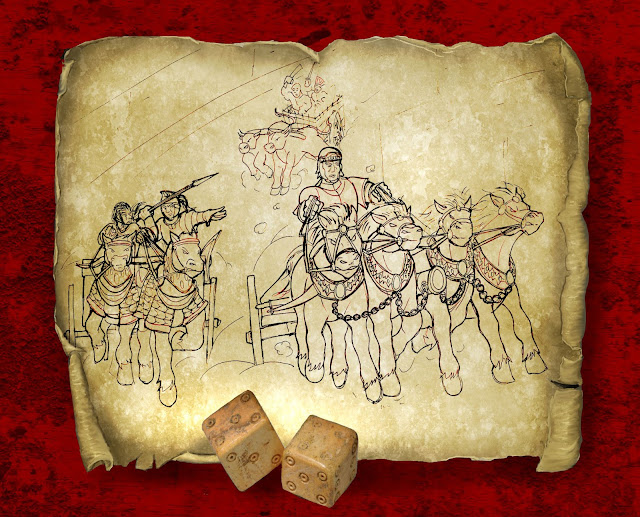 With social distancing the new normal, and schools closed for the foreseeable future, I have joined many of my generation in trying to juggle working from home, with homeschooling a wee'un. Before the shutdown, my lad was looking a probability as part of the KS2 maths curriculum. 'Ah ha,' says I, 'Lets roll some dice!' 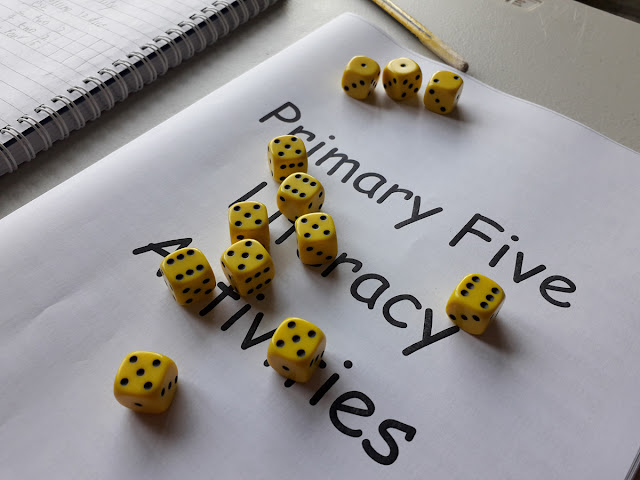 To test this we rolled 12d6 (why roll a die 12 times when you can just do it all at once?). The photo above was his roll - and also the principal reason he tends to win when we play wargames... This, I complained, was not statistically average.

To put our probability theory into action, today we went on to play what will become a part of the weekly lesson plan - a wargame. He opted for Faustus Furius, cracked out his three 6mm racers, and waited patiently for the race to begin... 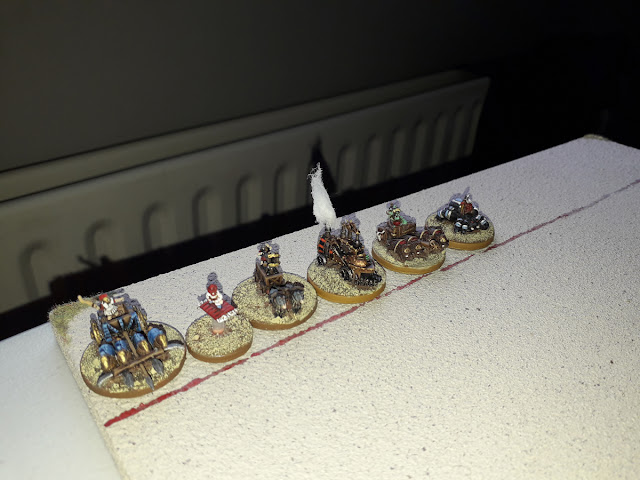 From left to right, Antiochos driving a scythed chariot, Nasreddin on his fast flying carpet, and Romulus on his heavy archer carroballista (all mine), then Destroyer in his heavy steam tank, Ranzo on his archer chariot, and Bloodfang - AKA Scuttlebutt - on his agile spider (all his). 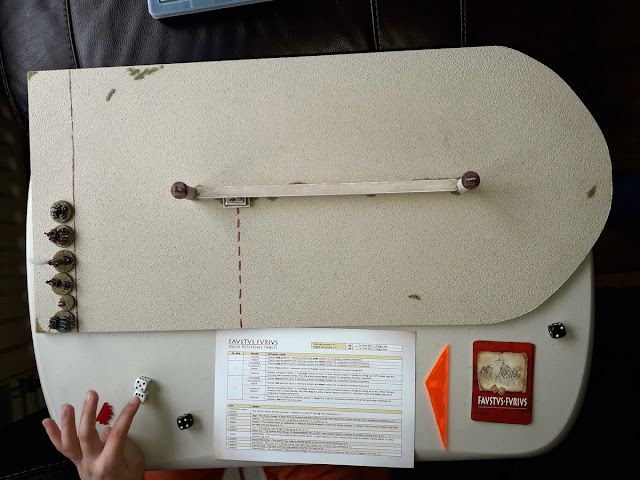 All racers were tightly packed as they set off for their one lap dash around the track. 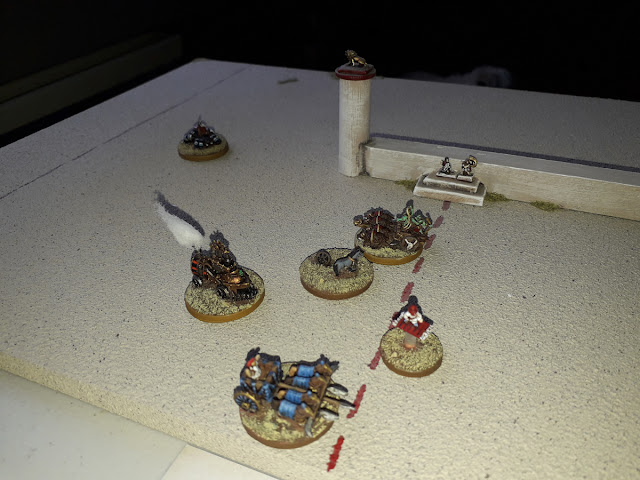 By the end of turn one, Ranzo the orc archer had tested the limits of risk vs reward, taking a shot at Romulus. Romulus was distracted by the attack, lost control of his donkeys and careened off to the left, colliding with Ranzo and overturning. Ranzo wasn't damaged in the crash, but did spin out, sliding to a halt facing the wrong direction. 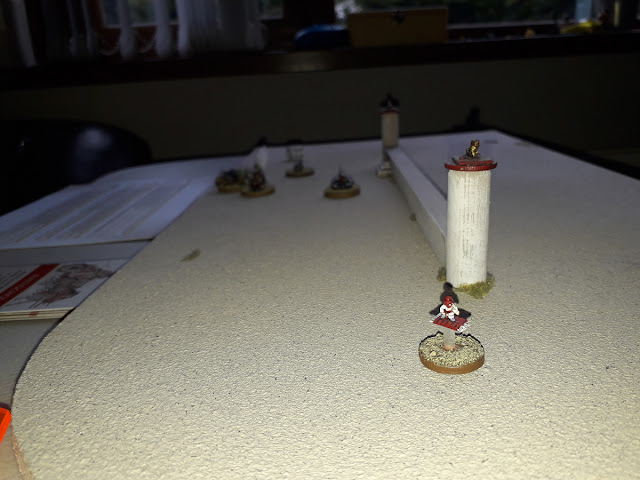 By the end of turn two, Rasreddin was way out in front, using his faster propero move to pull away from the competition. 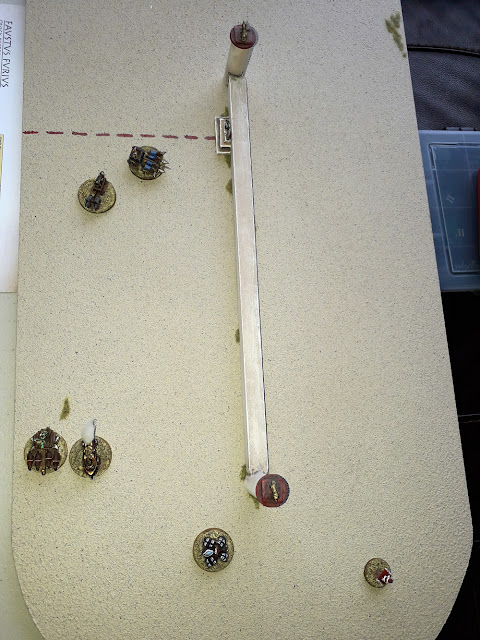 Within a turn however, Destroyer, Ranzo and Bloodfang had closed much of the gap, leaving Antiochos behind in their dust, bouncing around off the circus walls. Meanwhile, Romulus, had manage to right his donkey cart and was very slowly accelerating (all the way into 5th place!). 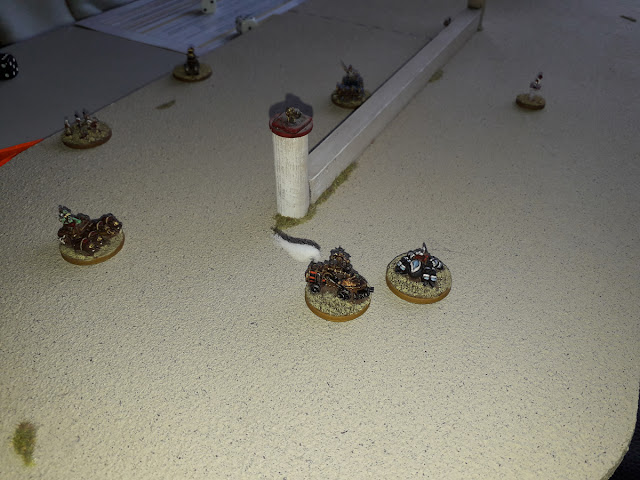 As turn four came to a close, Nasreddin had accelerated away from the corner and was once more out in front. Bloodfang, whilst still someway behind, was adeptly using his spider's agility to take the sharpest turns the crowd had ever seen. Antiochos and Romulus were still struggling to get their respective acts together and at one point Romulus was driving so poorly an incensed mob swarmed onto the track to shake their fists wildly in his direction. 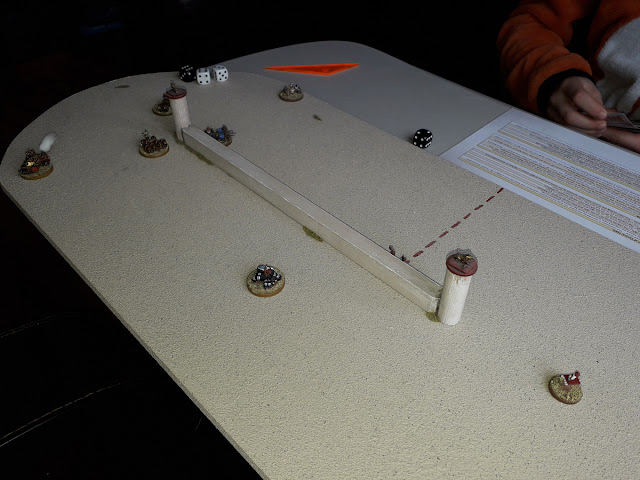 Turn five showed just how fast a flying carpet can be. However, some of the more experienced onlookers commented that he was too close to the corner... would he be able to reign his carpet in fast enough to take the bend? Bloodfang scuttled along behind, still in second place, while Antiochos once more lost control, hitting off the turning post and pulling to a stop with a great skid. 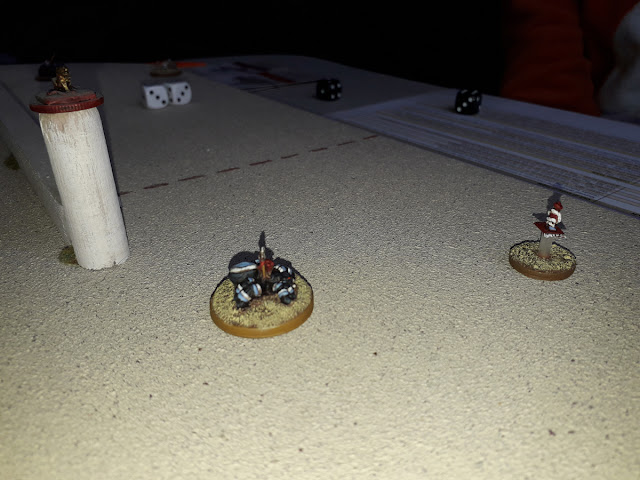 In turn six, Nasreddin executed a perfect retardo manoeuvre, slowing down before crashing into the circus wall, but allowing Bloodfang to catch up just as they approached the finish line. 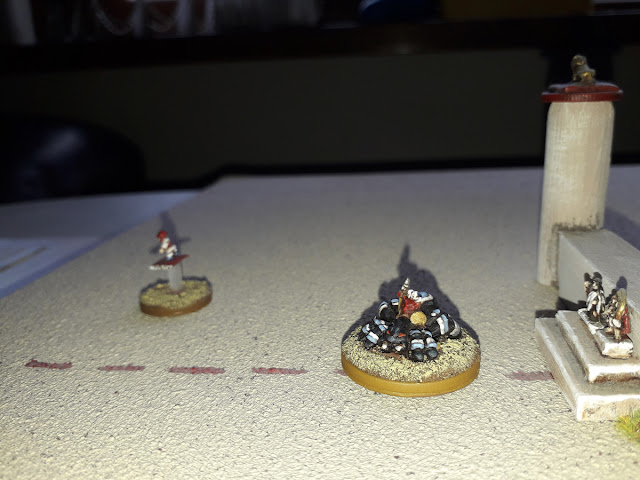 And in turn seven, it was all over for Nasreddin's dash for first place. Bloodfang proved too agile in the end and scuttled over the line just in front of the flying carpet. 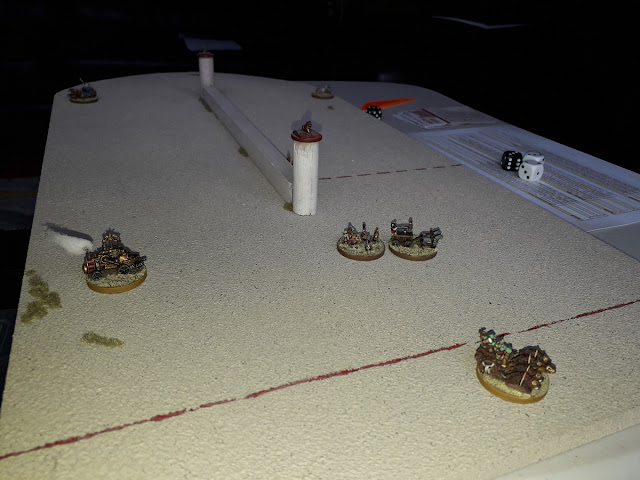 Behind the race leaders, all was chaos as racers careened around the track in various states of madness, drawing ever more mobs down onto the track. By turn eight Romulus had miraculously caught up to the front of the pack and crossed the line in third place calling an end to the race. 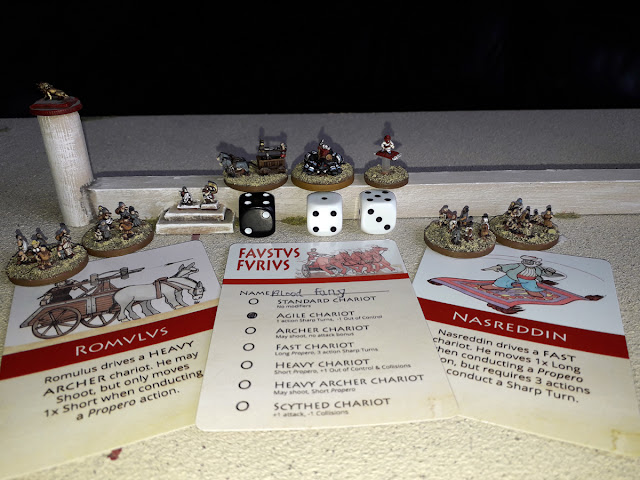 And so the game ended, with Bloodfang in first place winning 4 hard-earned race points, Nasreddin in second place earning 3 points, and Romulus grinning from ear to ear with 2 race points. All other racers gained a single point for turning up (although we're not sure that Antiochos really deserved his point at all). If we race again, we'll open up the den of iniquity and allow racers to spend their points on dirty deeds...