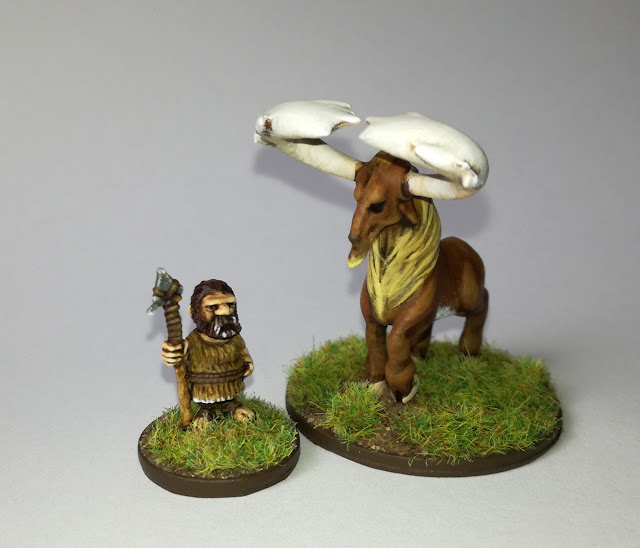 This week I managed to get a bit of paint on my new purchases from Scotia Grendel, all from the Warheads range. The first is this giant deer/stag. I have decided I am not overly fussed on the sculpting with this gent to be honest - it is too shire horse-like really - and it really required someone with a better painting hand to do it justice. Size wise, he is certainly imposing when placed next to poor old Urgg. 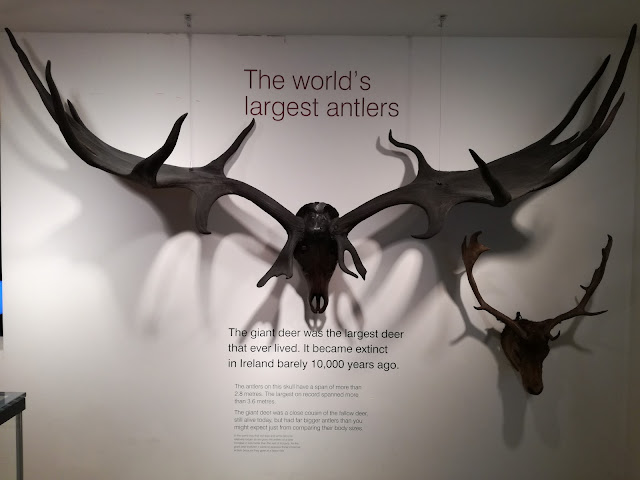 Giant deer were rather massive and would have been quite a fearsome prospect - especially during rutting season. Here is a comparative shot of giant deer antlers and a red deer from the Ulster Museum. They became extinct in Ireland just before people first arrived, but there certainly would have been encounters between giant deer and hominids elsewhere. 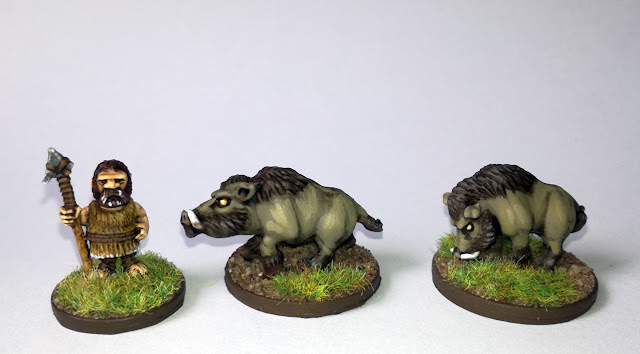 And here we find Urgg with the two boar figures available from Scotia Grendel. These wee piggies have stolen my heart (much to my wife's bemusement). I just think they are tops! The tribe are going to be extra careful when exploring thickets from now on, because those tusks are nasty. 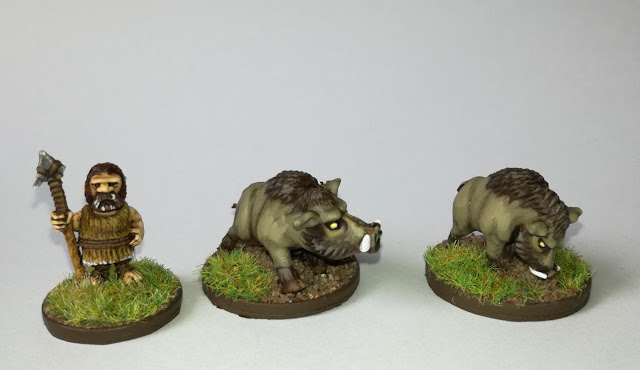 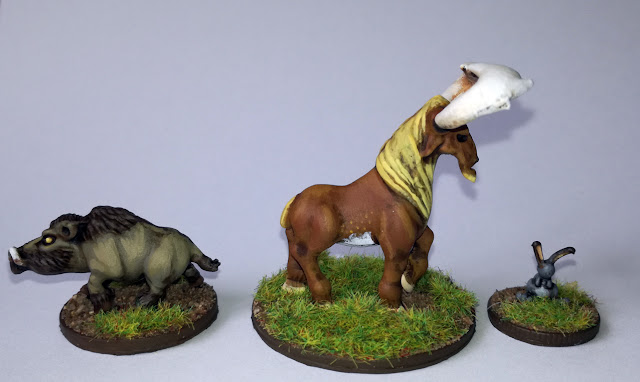 And finally, a comparative shot showing one of the boars, the giant deer and a bunny, all from Scotia's Warheads range. Love the boar, love the bunny, not so sure about the elk.